The Northern Forum is a non-profit, international organization composed of fourteen sub-national or regional governments from five northern countries.

On the map the Green color portrays the current NF regions (please click on the image to enlarge). 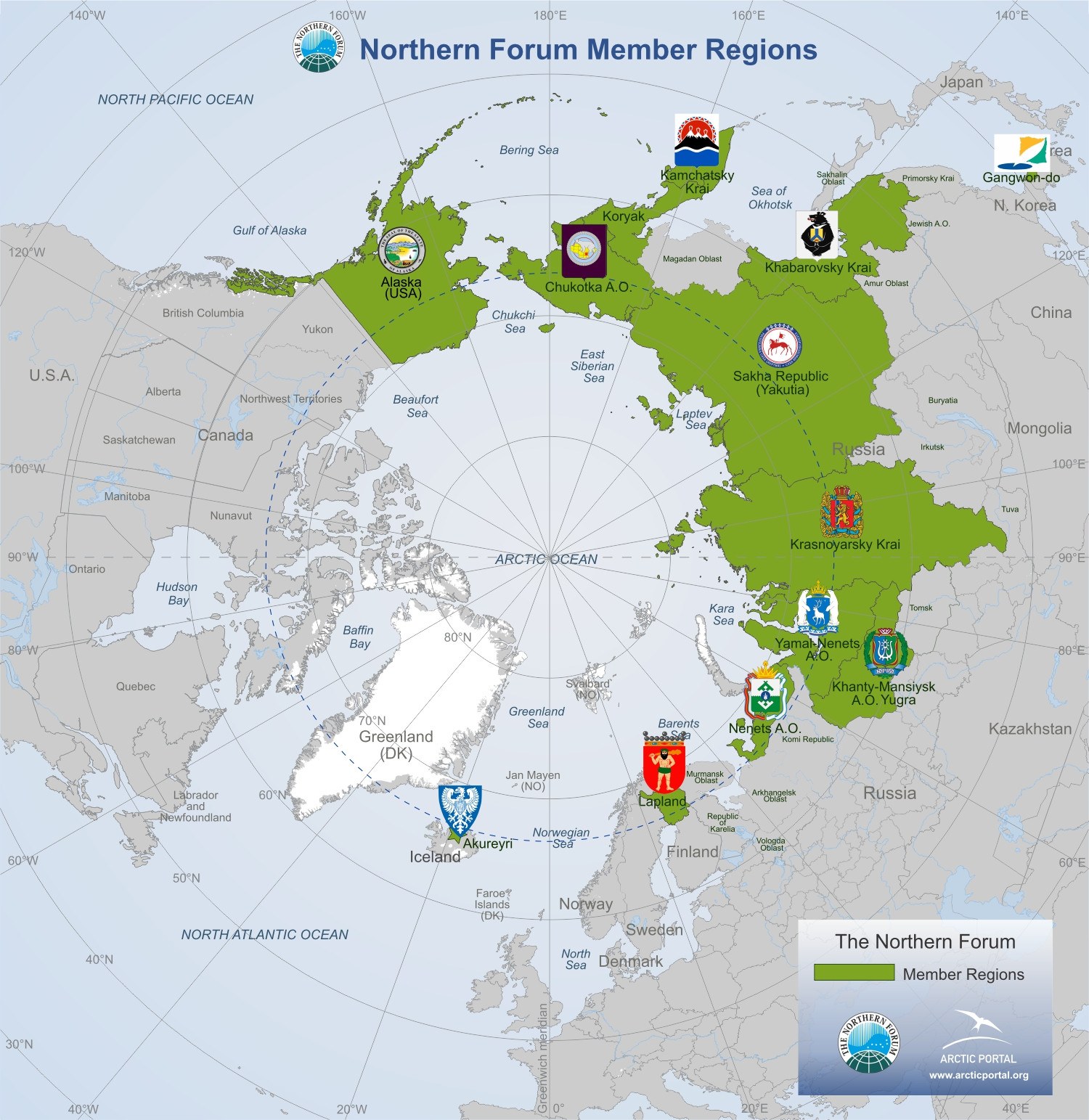 Akureyri is a town in northern Iceland. It is Iceland's second largest urban area (after the Capital Region) and fourth largest municipality (after Reykjavík, Hafnarfjörður, and Kópavogur).

Nicknamed the Capital of North Iceland, Akureyri is an important port and fishing centre. The area where Akureyri is located was settled in the 9th century but did not receive a municipal charter until 1786. The town was the site of Allied units during World War II. Further growth occurred after the war as the Icelandic population increasingly moved to urban areas. 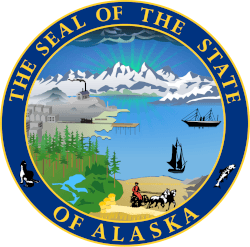 Alaska is a U.S. state located in the northwest extremity of North America. The Canadian administrative divisions of British Columbia and Yukon border the state to the east, its most extreme western part is Attu Island, and it has a maritime border with Russia to the west across the Bering Strait. To the north are the Chukchi and Beaufort seas–the southern parts of the Arctic Ocean. The Pacific Ocean lies to the south and southwest. It is the largest state in the United States by area.

Chukotka autonomous okrug is a federal subject of Russia located in the Far East, bordering with the United States by sea in the east, part of the Far Eastern Federal District. Anadyr is the capital city of the region. 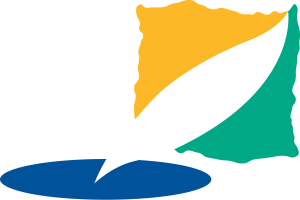 Gangwon-do is a province of South Korea, with its capital at Chuncheon. Before the division of Korea in 1945, Gangwon and its North Korean neighbor Kangwŏn formed a single province.

Kamchatka krai is a federal subject of Russia located in the Far East of the country, in the Far Eastern Federal District. Petropavlovsk-Kamchatsky is the capital city of the region. 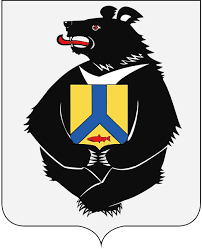 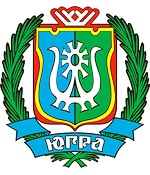 Khanty-Mansi autonomous okrug – Ugra is a federal subject of Russia, part of the Urals Federal District. Khanty-Mansiysk is the capital city of the region.

Krasnoyarsk krai is a federal subject of Russia located in Central and Eastern Siberia, part of the Siberian Federal District. Krasnoyarsk is the capital city of the region.

Lapland is the largest, northernmost and most international region of Finland. The area of Lapland region is 100,367 km² (30% of Finland´s area) and it shares border with Sweden, Norway and Russia for a total of approximately 1 700 kilometers.

Sakha Republic (Yakutia) is the largest federal subject of Russia located in the north-eastern part of Siberia, in the Far Eastern Federal District. Yakutsk is the capital city of the region.

Yamalo-Nenets Autonomous Okrug is a federal subject of Russia, part of the Tyumen region and the Ural Federal District. Salekhard is the capital of the region.