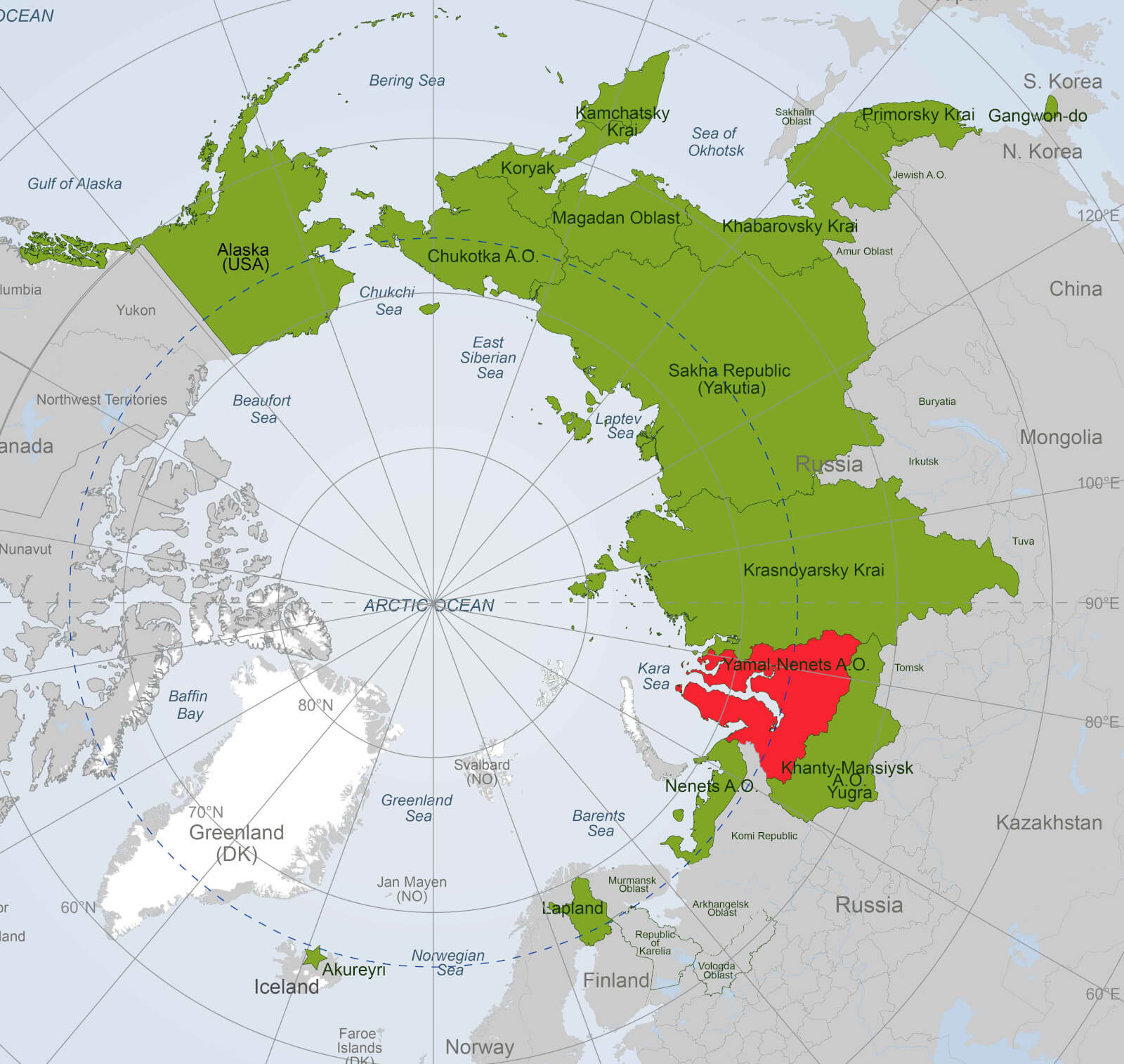 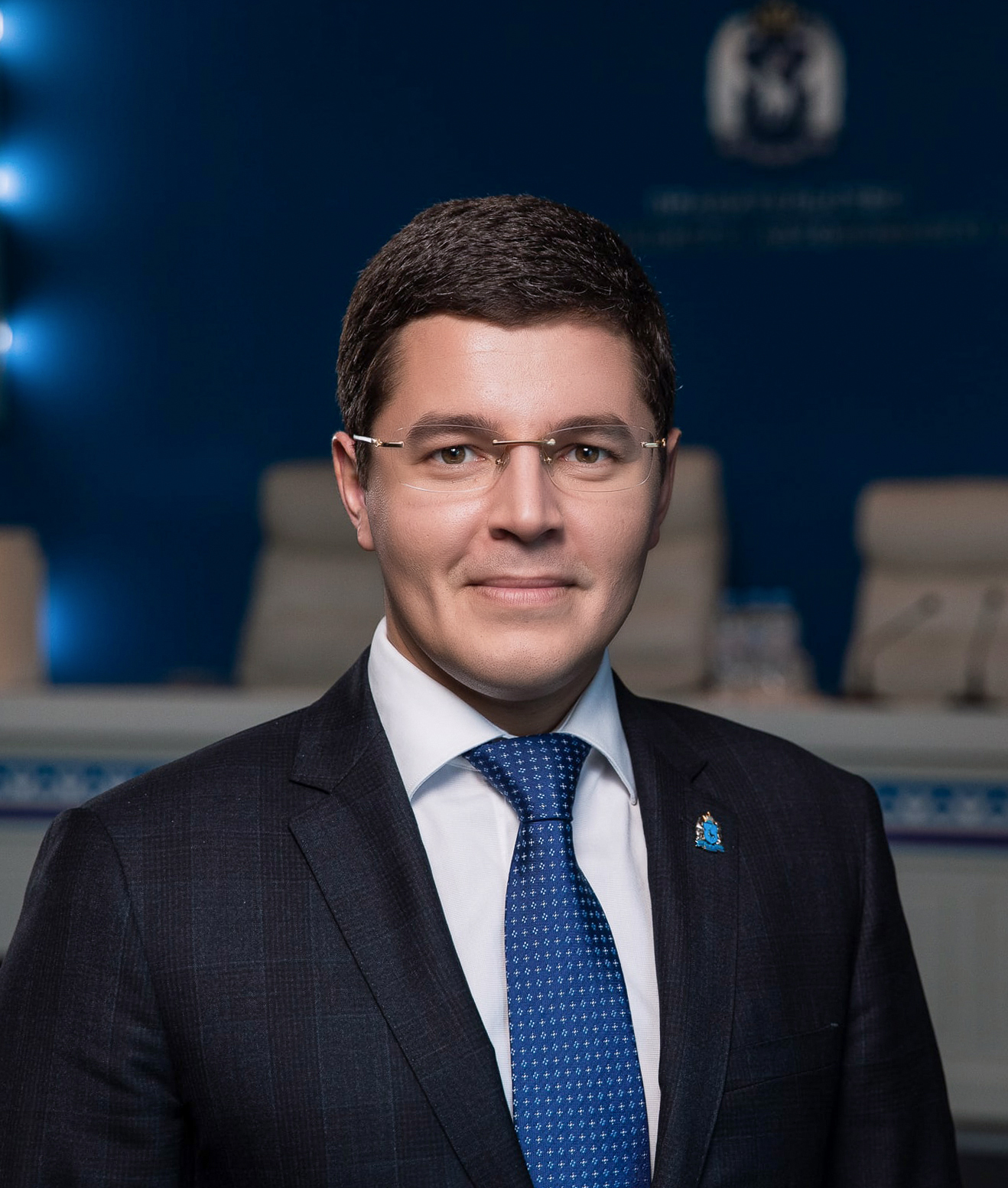 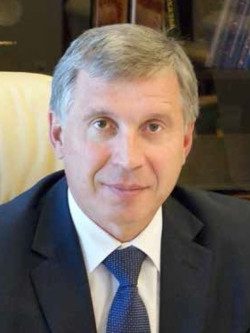 Yamalo-Nenets Autonomous Okrug is a federal subject of Russia, part of the Tyumen region and the Ural Federal District. Salekhard is the capital of the region.

The first information about the Yamal land and indigenous peoples living there - the Nenets and Khanty, refer to the 11th century. However, Novgorod merchants visited “the Edge of the Earth” (this is how “Yamal” is translated from the Nenets language) even earlier.

From 1187, the lower Ob was under the control of Veliky Novgorod, and, after its fall, it passed to the Moscow princes. In 1592, Tsar Feodor sent an expedition for the final conquest of the lands of the “great Ob.”

In 1595, one of the Cossack detachments built a fortress called Obdorsk (today, it is the capital of the Yamal-Nenets Autonomous Okrug - Salekhard). Obdorsk fortress became the northernmost Russian settlement in Siberia at the time. Gradually the population grew, active trade in furs, mammoth bone, boats, fur clothes, and other goods was developed.

Most of the Yamalo-Nenets region is located within the northern part of the West Siberian Plain, a small part is located on the eastern slope of the Ural mountains. From the north it is washed by the Kara Sea. This province belongs to the regions of the Far North, more than half of its territory is located beyond the Arctic Circle.

The territory of the Yamalo-Nenets okrug is located in three climatic zones: arctic, subarctic and the zone of the northern strip of the West Siberian lowland. The climate is determined by the presence of permafrost and the cold Kara Sea, the abundance of bays, rivers, marshes, and lakes. Frequent magnetic storms are accompanied by colorful northern lights.

In general, the climate of this region is characterized by a long winter (up to 8 months) and a short summer, strong winds, a small amount of snow cover. The average annual air temperature is negative, in the Far North it reaches minus 10 degrees Celsius. The minimum temperature in winter drops to minus 55 degrees Celsius, in summer - up to plus 30 degrees Celsius.

The name of the region mentions the Nenets as the titular nationality inhabiting this territory, despite the fact that the majority of the local population is Russian. The ethnic composition of the population according to the 2010 census: Russians (61.7%), Ukrainians (9.7%), Nenets (5.9%), Tatars (5.6%), Khanty (1.9%).

The region’s water resources are rich and diverse: the coast of the Kara Sea, numerous bays, rivers, lakes, and underground waters. Ob Bay is one of the largest sea bays in the Russian Arctic. In total, there are about 300 thousand lakes and 48 thousand rivers, the largest of which are the Ob, Nadym, Taz, and Pur.

Yamalo-Nenets okrug is on the leading places in Russia for hydrocarbon reserves, especially natural gas and oil. Today, Yamal produces about 90% of all natural gas in Russia (about 20% of global production) and more than 14% of Russian oil and gas condensate. In the Polar Urals, chrome, manganese, bauxite, and gold are mined.

At the same time, a huge part of the region’s natural reserves is still waiting for industrial development. One of the long-term projects is the development of the gas reserves of the peninsula and the shelf of the Kara Sea. There are 11 gas-bearing and 15 oil and gas condensate fields discovered here. Potential resources including gas on the shelf are estimated at 50.5 trillion cubic meters, liquid hydrocarbons - more than 5 billion tons.

One of the peculiarities of Yamal is that industrial development of natural resources and traditional activities of the indigenous population of the Far North coexist together. The world’s largest reindeer herd is grazed here - more than 600 thousand heads. The tenth part of the whole area of the region - about 8 million hectares - is a specially protected natural area.