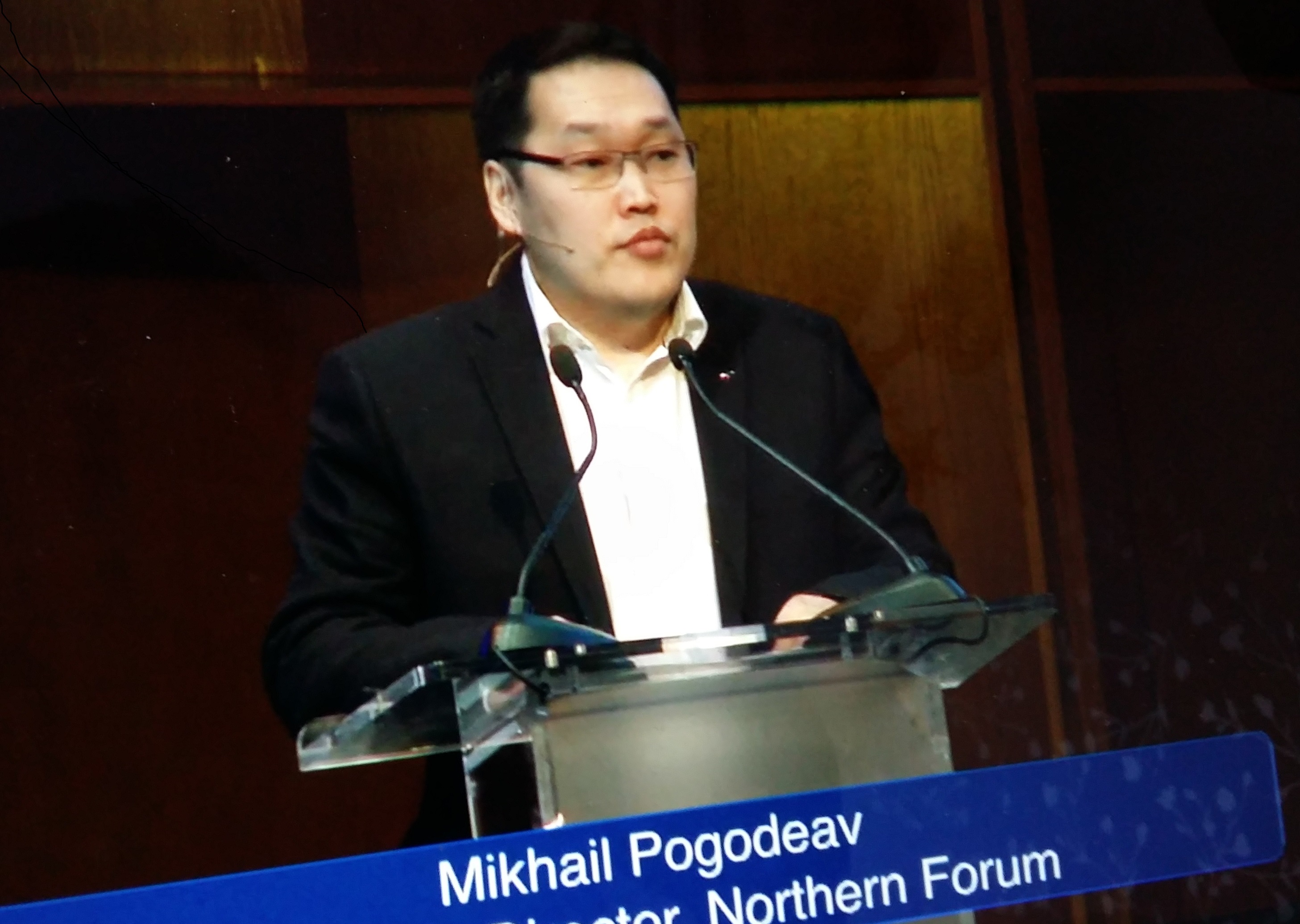 The Finnish Chairmanship is now in its final six months, and the Council’s priority themes are environmental protection, connectivity, meteorological cooperation, and education.

The Executive Director of Northern Forum (an observer organization), Mikhail Pogodaev, presented a statement on supporting projects and initiatives implemented under the auspices of the Northern Forum:

The Northern Forum is an international organization for regional subnational governments in the circumpolar North and a platform for collaboration, sharing experiences and best practices across the North in improving the quality of life and promote sustainable development of northern regions.

Northern Forum is also a place for collaboration in Environmental Protection and Biodiversity Conservation between northern regions.

The Northern Forum committed to the implementation of the Convention on Biological Diversity (CBD)’s Strategic Plan for Biodiversity 2011-2020, Aichi Targets and the Sustainable Development Goals (SDGs), and reaffirms to continue its work on the unique Arctic and Northern ecosystems and biodiversity of the Northern regions environmental protection.

Arctic communities face major challenges related to climate change and globalization in the Arctic. Regional governments play an important role in implementation of national and international policy on environmental protection and biodiversity conservation and Northern Forum cooperation have many projects addressing this issues.

The Youth Eco-Forum gathers the youth from northern regions every year to discuss challenges related to climate change and environmental protection. Last Forum was held in Rovaniemi during the Arctic Biodiversity Congress. We would like to thank Finnish Chairmanship in Arctic Council, CAFF, Lapland, UArctic, International Centre for Reindeer Husbandry and University of Lapland for their support of this event!

Here in Rovaniemi the Northern Forum Youth Environmental Forum brought together 45 young people from different northern regions and became a platform for discussions on environmental protection of fragile northern ecosystems including local observation work, for example LEO project at ACAP.

On 8th of October 2018 during Arctic Biodiversity Congress the Northern Forum held its Working Group Meeting on Environmental Protection and Biodiversity chaired by Sakha Republic. Today one of the topics that we discuss in the working group is the work on inclusion of indigenous peoples in the management of PAs. There is a need to work on development of new approaches and frameworks such as Territories of Traditional Nature Use in Russia, Lapponia National Park in Sweden, other examples of National parks across the Arctic, where indigenous communities play a key role in the management of these protected areas.

Festivals of Northern Fishing Traditions were established during the period from 2014 to 2017 as an effective mechanism for establishing contacts and uniting fishermen engaged in small-scale individual fishing, artisanal fisheries and professional anglers representing indigenous peoples and local traditions, both genders in the territory of the Eurasian North. Previous festivals were held in:

North Karelia and the territory of the Koltta Saami residence, Finland, September 2014

Red Book Through the Eyes of Children

International project "Competition-exhibition of children's creativity "Red Book Through the Eyes of Children" in the framework of the International Ecological Action "To Save and Preserve" supported by UNESCO and the Northern Forum.

International Ecological Action "To Save and Preserve"

9429 events were held during the Action in Khanty-Mansiysk, 601865 people from 22 municipalities of the autonomous okrug, 72 subjects of Russia and 87 countries of the near and far abroad took part.

As an example of interregional cooperation in biodiversity I would like to mention bilaterial and multilateral agreements between northern regions. We welcome agreement between Krasnoyarsky krai and Sakha Republic on monitoring and management of the Taimyr and Leno-Olenek wild reindeer populations. There is a great potential for cooperation between northern regions on monitoring and management of different species. For instance, the Northern Forum Project on monitoring of bear was expanded also to polar bears, where we try to unite efforts of different regions including indigenous communities on polar bear monitoring, patrols, which were established and are working in close cooperation with WWF. There is also potential to strengthen cooperation between Russian regions, Alaska and Canadian provinces within this project.

We would like to emphasize the importance of active involvement of sub-national governments in the work of Arctic Council and reassure that the regional governments will be strongly committed to contribute to the Arctic cooperation in the future!