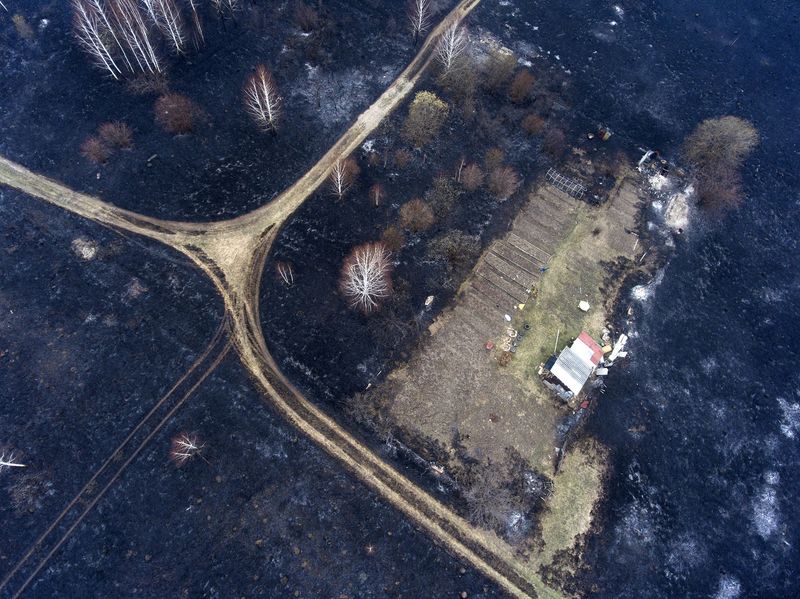 After the hottest winter on record, the Russian spring has yielded a Siberian heatwave that’s reigniting fires still simmering from last year.

The region has witnessed unusually warm weather this month, with temperatures in some parts of the Arctic as much as 16 degrees Celsius (29 degrees Fahrenheit) higher than the usual, according to Russia's federal meteorological service.

High temperatures and low precipitation have dried out vegetation sooner than normal leading to wildfires in the boreal forests with some blazes starting in March and stretching into May. An early start typically means a longer fire season, according to academics at Swansea University.

“Siberia has a lot of stored carbon,” said Cristina Santin Nuno, associate professor at Swansea University. “What happens to it will affect the planet in a substantial way.”

Wildfires and hotter temperatures kickstart sea-ice melt sooner. The receding ice in the Arctic has opened up the Northern Sea Route to tanker traffic a month earlier than usual this year. The pathway is the shortest and cheapest way for cargoes of liquefied natural gas produced in the Russian Arctic to reach Asia.

“Our forecast is [summer wildfires] will begin at the end of June, a month earlier than usual,” said Gregory Kuksin of Greenpeace Russia.

These forecasts come after Siberia saw some of the worst wildfires last summer, which burned more than 13 million hectares of land—an area the size of Greece. In June alone, they released as much carbon dioxide as Sweden does in a year.

Many of these fires that lit peatlands released carbon from thousands of years ago. Worse, peatlands can burn under the snowpack of winter. Early data published by Copernicus scientists on Wednesday indicates that these “zombie fires” are likely reigniting as the heatwave takes hold.

“Scientists from the Copernicus Atmosphere Monitoring Service are bracing themselves for intense fire activity in the Arctic after an unusually warm spring and seeing signals of heat anomaly sources from satellite images,” they said in a statement.

Enormous wildfires also burned in the Amazon, Indonesia, Australia and the Arctic Circle over the last year destroying native forests and vulnerable animal species as well as releasing billions of tons of greenhouse gases into the atmosphere.