Presidents of Russia and Finland discussed the international agenda 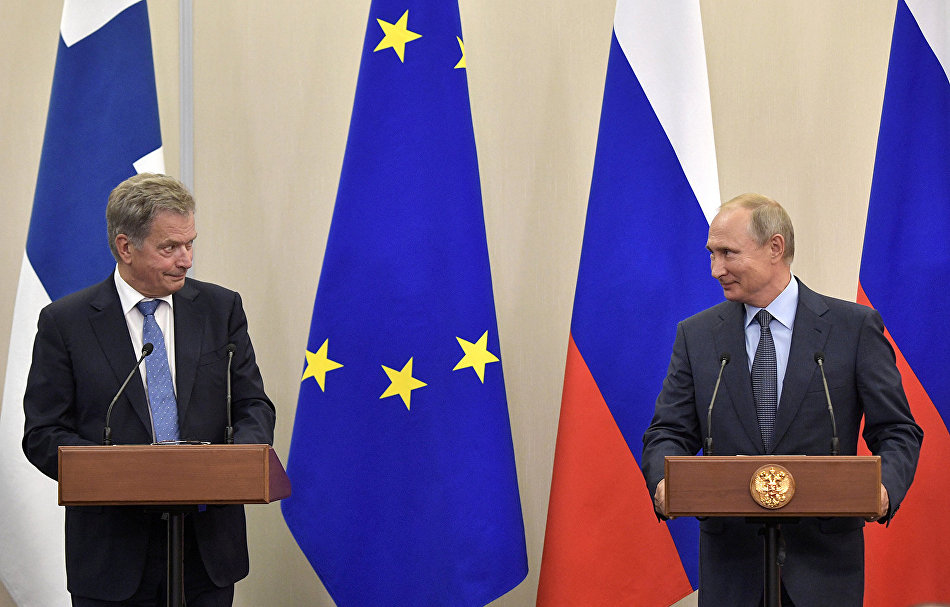 A telephone conversation took place between President of Russia Vladimir Putin and President of Finland Sauli Niinistö. The leaders discussed investment projects, the international and regional agenda, including the Arctic, and also agreed to continue cooperation on various levels.

In addition, the presidents discussed current issues related to promoting friendly Russian-Finnish relations. The Kremlin press service also noted that special attention was paid to the state of affairs in trade and economic cooperation, and the implementation of joint investment projects.

According to the President of Finland press-office, the leaders discussed arms control.

“With regard to international relations, the presidents spoke of cooperation in the Arctic, arms control and the initiative of President Putin earlier this year on the summit of the permanent members of the UN Security Council. President Niinistö said that the relevance of dialogue between their countries has become increasingly important in the recent months” - the report said.

The telephone conversation took place at the initiative of Finland.