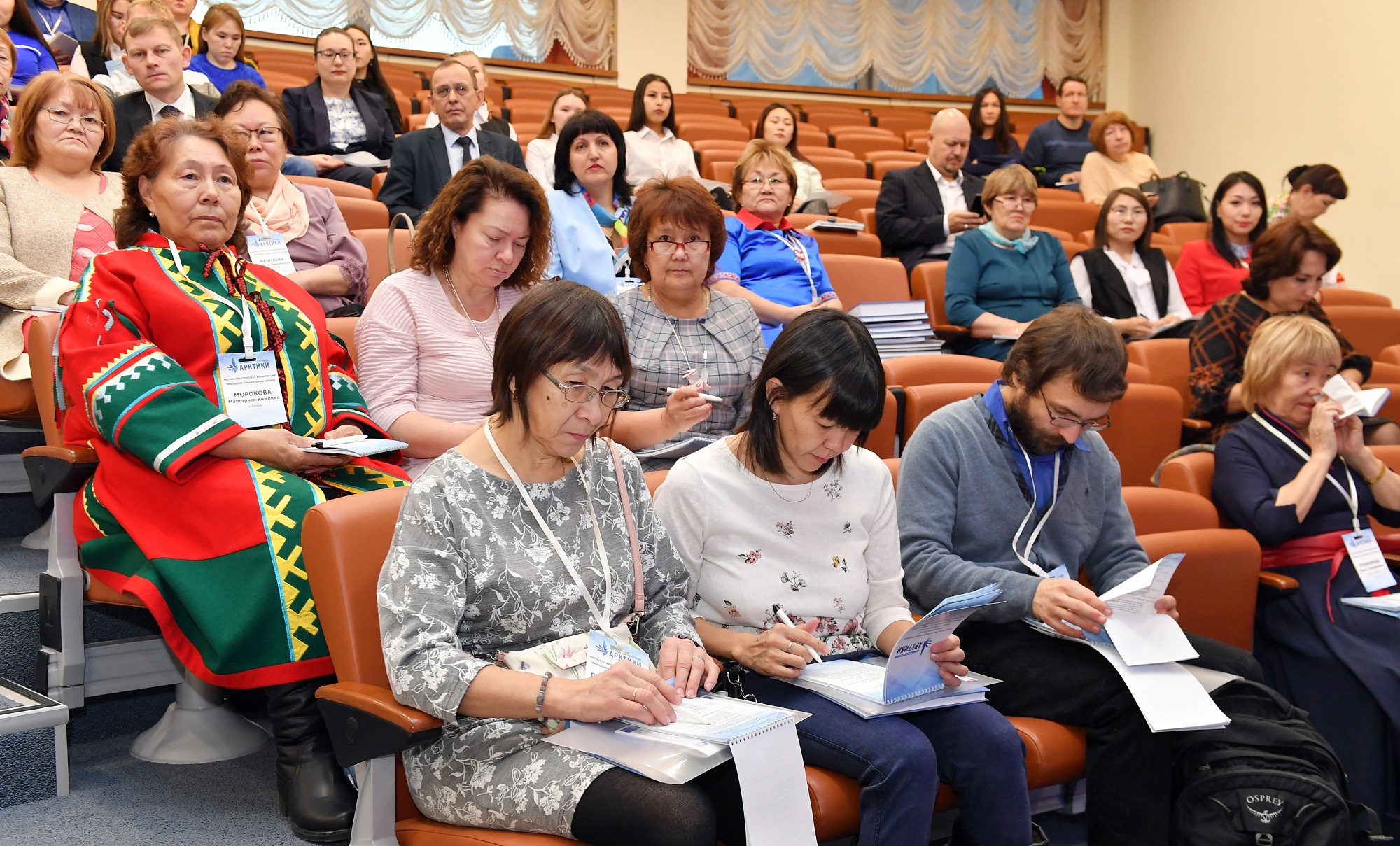 In Salekhard, the international scientific-practical conference "Yamal Humanitarian Readings: Topical Issues of Studying, Preserving and Developing Native Languages, Traditional Cultures, and Literature" began. Yamal humanitarian readings have been held in Salekhard since the late 90s of the XX century with a frequency of once every two years. During this time, they became a recognized expert platform for discussing the problems of the development of the Arctic civilization, preserving its historical and cultural heritage, the original living environment and traditional culture of the indigenous peoples of the North
This conference is organized by the Arctic Research Center as part of the International Year of Indigenous Languages. It is attended by 80 scientists and experts. Linguists from Moscow, St. Petersburg, Novosibirsk, Syktyvkar, Naryan-Mar, Abakan, Khanty-Mansiysk, Salekhard and Helsinki make reports on the preservation and development of languages ​​and scripts of the peoples of the Arctic. At the end of the conference, a seminar will be held for journalists, teachers of the Nenets language and literature.
According to Andrei Kibrik, Doctor of Philology and Director of the Institute of Linguistics of the Russian Academy of Sciences, the International Year of Indigenous Languages ​​has shown how important the problem of linguistic diversity is. The UN is taking the initiative to declare a decade of indigenous languages ​​from 2022 to 2032.
- In Russia they speak 150 languages. 18 of them, according to experts of the Institute of Linguistics of the Russian Academy of Sciences, are in danger of extinction. A large number of languages ​​are moving in this direction. In regions where indigenous languages ​​are common, scattered measures are being taken to preserve them. There is a need to adopt a national program, ”said Andrey Kibrik.
According to the doctor of philological sciences, measures to preserve linguistic diversity should be reduced to supporting local language activists who are ready to practice small languages ​​and attracting expert knowledge of linguists.
Elena Pushkaryova, Doctor of Historical Sciences, spoke about the situation with the preservation of the Nenets language in the Autonomous Okrug. The scientist is optimistic about her. Explanatory, etymological, dialectological and bilingual dictionaries are published in the Arctic region, books are published and cartoons are created. At the initiative of the youth parliament, cover versions of songs in the Nenets language appeared. A contest of riddles in the Nenets language has been announced.
“I am glad that young people are actively using the Nenets language in social networks,” commented Elena Pushkareva.
In addition to preserving linguistic diversity, the Yamal Humanitarian Readings will discuss the problems of training teachers from among the indigenous peoples of the North, the development of traditional culture and law, and humanitarian research.
Opening the conference, Deputy Governor of the Yamal-Nenets Autonomous Okrug, Director of the Department of External Relations Alexander Mazharov noted that the results of scientific discussions are extremely important for the district.
By tradition, on the first day of the conference, a presentation of the publications of the Arctic Research Center was published in 2018 and 2019. Among them are the collection “Folklore of the Yamal Nenets”, the book of Galina Kharyuchi “Vavlyo Nenyang”, 6 the collection “Archeology of the Arctic” and others.
Press Service of the Arctic Research Center
Photo yanao.ru

Comment
Andrey Kibrik, Doctor of Philology, Director of the Institute of Linguistics of the Russian Academy of Sciences,
Professor, Moscow State University Lomonosov, Member of the Organizing Committee
on the preparation and conduct of the year of the languages ​​of the indigenous peoples of Russia,
co-chair of the FADN working group on research and legal monitoring in the field of indigenous languages
-At the conference, you presented the results of your scientific research on the preservation of the languages ​​of the indigenous people of Alaska (USA). And they show that, despite the efforts of enthusiastic scientists and indigenous ones, these languages ​​are dying out. They just stop talking to them. Are you a pessimist or optimist regarding the processes of preserving the languages ​​of the northerners in Russia?
I am an optimist and I think that to preserve the languages ​​of the northerners in Russia, you can use some of the features of the Russian state, in particular, its very centralized nature. In Russia, much is being done “from above”. If it was possible to launch (on a statewide scale - “AI”) a certain unified program and set a good quality format for language activists, government agencies, and public organizations, then in Russia one could do what does not work in other countries where everything is local and (support for the languages ​​of indigenous minorities - “AI”) goes only “from below”. This is exactly the idea I'm trying to promote now.