As BarentsObserver reported, President Vladimir Putin on Monday accepted Marina Kovtun’s resignation and appointed her acting governor until the elections in September. She was appointed governor by then president Dmitry Medvedev in 2012. Direct governor elections were abolished by President Putin during his first presidency in 2004, but were later reintroduced by Medvedev in 2012. Kovtun has a quite big chance to win the election, according to some of the first reactions to her resignation and beginning campaign. 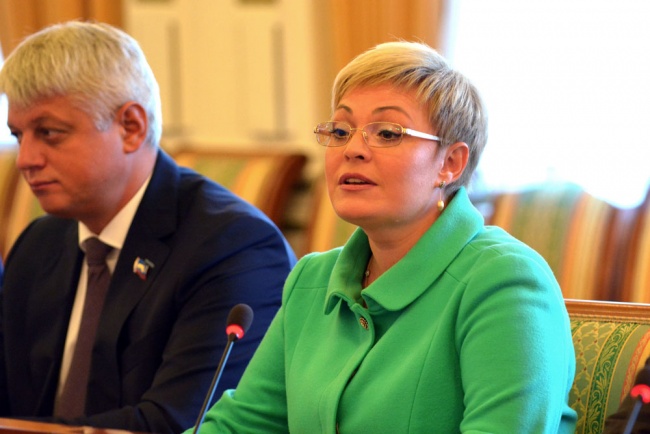 “High chances for reelection”
«Her decision to leave post as governor before schedule was anticipated», Head of the research center Council for National Strategy, Valery Khomyakov says to Regnum. “She has been preparing for the elections since the end of last year.”

“Her chances for reelection are rather high,” Khomyakov says. “An opposition does exist in Murmansk, but will it be able to find a consolidated candidate in such a short time?”

Khomyakov believes that Kovtun, along with most other people, see that the socioeconomic situation will not improve in the nearest years. This can lead to stronger protest moods in society and by 2017 – when Kovtun’s term as governor ends, a strong competitor to the post might have appeared.

To combine the governor election with the municipal elections in September 2014 is also a smart move for Kovtun, Khomyakov believes. If she had waited until 2017 her chances would have been smaller. Russia will then be in between two important elections – the State Duma elections in December 2016 and be presidential elections in March 2018.

It is hard for self-nominated candidates to enter the election campaign and the existing legislation prohibits creating political blocs where the opposition could agree on consolidated support to some candidate nominated by several oppositional parties, Makarevich explains to Flash Nord.

“Analyses of governor campaigns in other regions show that they have become referendums on support to the already appointed governors, as long as they have not got a “black mark” from the president,” Makarevich says. “Such elections cannot provide the current government with legitimacy and authority of a new quality. To achieve this the elections have to be fair, free and just. So far such conditions have not been created in this region.”

“A Just Russia” has not yet decided if the party will have its own candidate to the governor elections in Murmansk in September. The issue will first have to be discussed with the party leadership and a decision will be taken by its central organs.