Northern Forum open doors between cultures. They build bridges and even a small business partner can get a lot out of being a part of Northern Forum says Anders Bjorklund from Predator Center Gronklitt in Sweden. Together with designer Ingvor Ljung we have been invited to participate in the unique Bear Festival among Khantys.

The Northern Forum people in Khanty with Valentina Kochetygova, Director of Torum Maa Ethnographic museum in Khanty Mansiysk, has made an excellent program for us. Without Northern Forum, the staff in Yakutsk at the NF Secretariat and Valentinas job we would never have experienced what we now have. 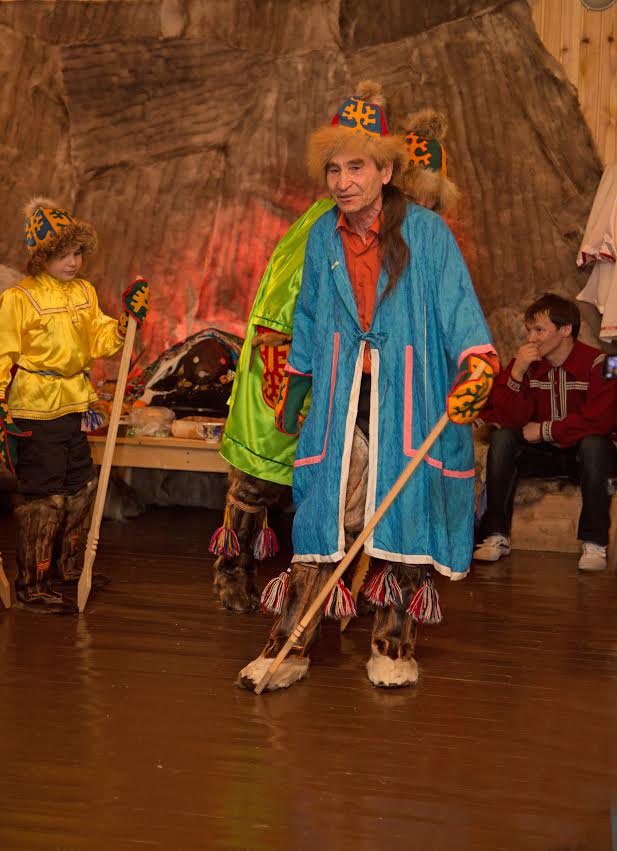 In Orsa Gronklitt we have the largest Beapark in Europe and the worlds largest Polar Bear facility. We are running a big project called ”Bear and Natives”about traditional knowledge among Natives innorth says Anders. A project that have Bears in the center. At the Northern Forum meeting on Iceland 2014 we got in contact with Khanty Mansiysk Autonomus Okrug and Valentina Kochetygova. The native group Khantys in northwest Siberia have lived there own life for thousands of years. It was first in the 1970s that this area got road connection. The bear is the son of God in their culture and have a very unique role. At the Bearfestival, during three days, we got the very unique chance to follow the rituals, dances, songs, storytelling etc. More then 360 different stories about traditional life was presented.The Khantys is probably the native group in the world where bears have the most central role and still is highlighted at a festival.

Northern Forum a door to knowledge

Without Northern Forum we never would have been able to participate in this events, says Ingvor. The door to a very unique culture and rituals were opened. Khanty is still a living culture as it has been through thousands of years. It is very important to do everything you can to let this culture stay alive. The threat today, at the horizon, could be exploitation of oil and gas. It is important that their own language continues to live, that youngsters must learn about the traditional life out in wilderness and storytelling and rituals as the Bearfestival must continue.

The program during our visit in Siberia has followed a very generous program. We have visited museums, cultural institutions, researchers and got very close to the Khantys. This unique 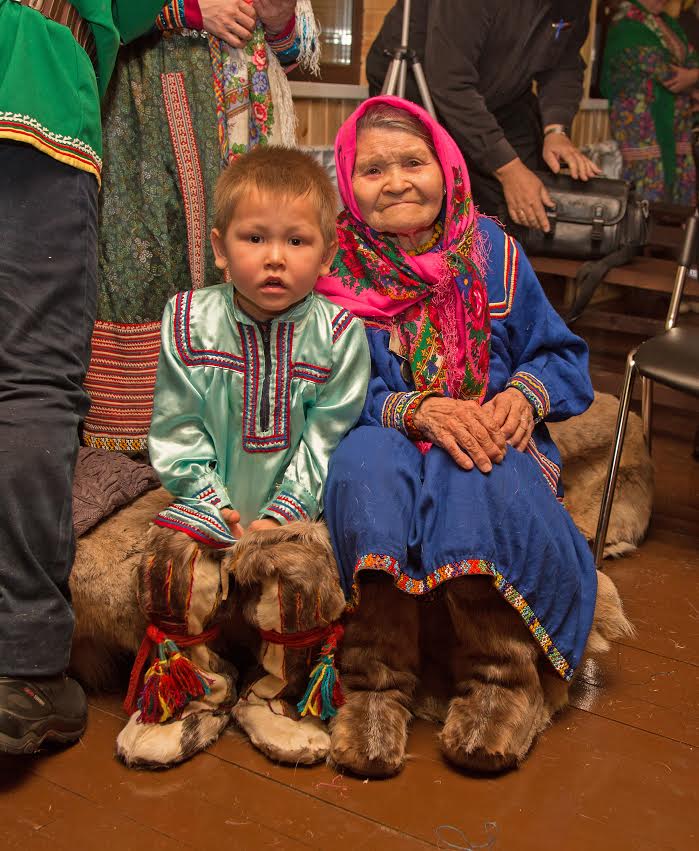 event is something you have to be invited to and you have to be accepted by the natives to be able to participate. The things we have seen and documented will end up in an exhibition where we will highlight this culture and compare with our own natives the Samis. We are really thankful to Northern Forum, Valentina Kochetygova and the natives in Kazim village. We hope that our job can support this culture by presenting it to people in other countries.

Although life as a Khanty is tough and hard there has been a real contrast to see the beauty in there costumes. Costumes made of fur, pearls, colourful fabrics, in an amazing design with storytelling in patterns and figures. To make a reindeer parka can take up to five years and they are made in very high quality says Ingvor Ljung who also works with costumes and furs. All the old natives womans has been so friendly describing their work and presenting all the details. 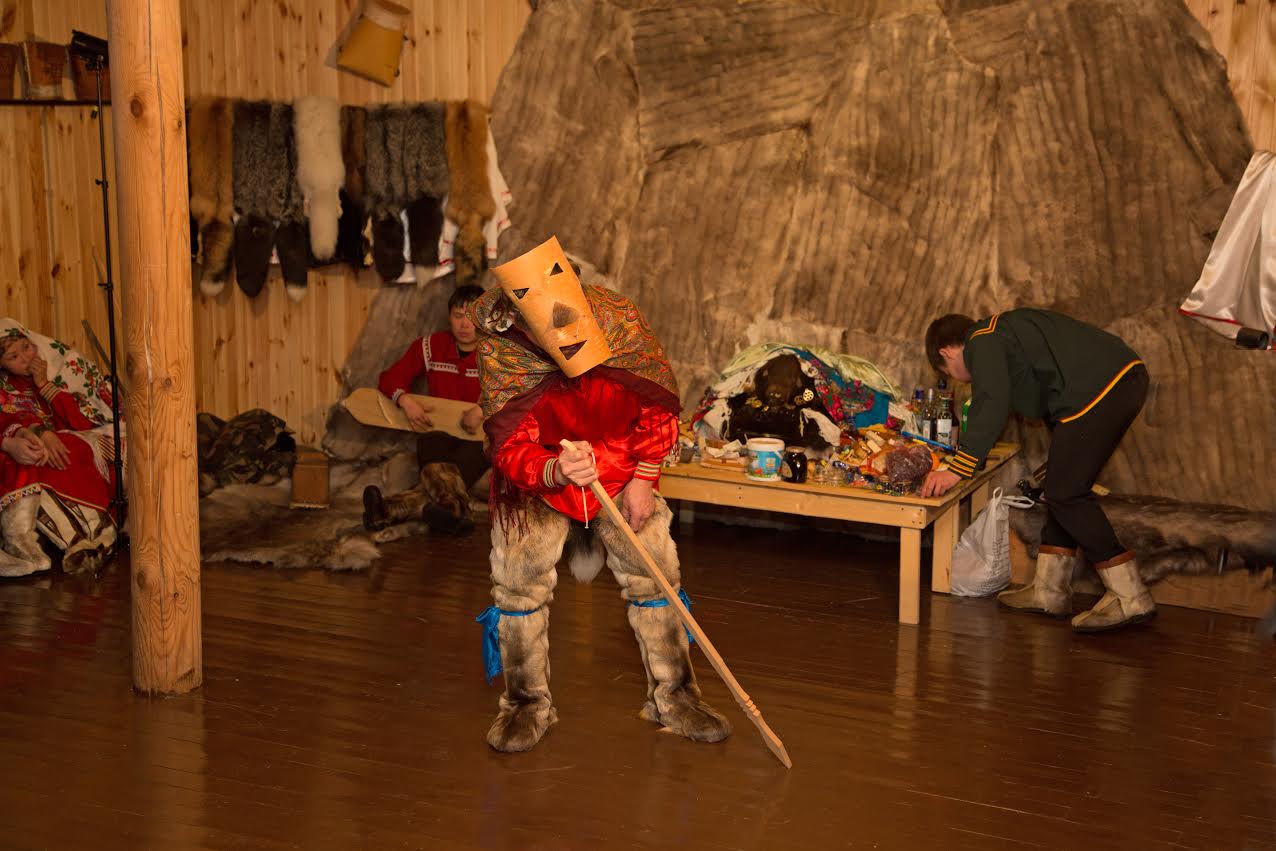 The Predator Center is a small business partner but, because of Northern Forum, doors have been opened to very great and fruitful things when working with traditionel knowledge among natives. To be able to visit Khanty is like opening a book and meet an untouched old culture as it might have been several hundred years ago. Because of this exchange we now can present the importance of letting this and other cultures stay alive. We can compare different regions and native groups and hopefully make the world better for these groups. To us this has been a lifetime experience, say Ingvor and Anders.