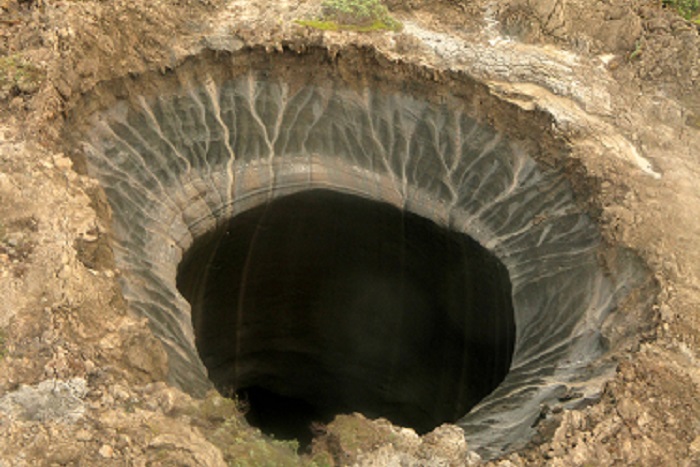 INTERFAX, May 12. Russian scientists were unable to commence research of Yamal giant crater due to impassability of spring terrain. The crater was discovered in 2014 near Bovanenkovsky mine, as large as 60 meters in diameter with its depth yet unknown. It is believed to be a result of a pneumatic explosion caused by deterioration of gas hydrates. In future it is likely to turn into a tundra lake that is common in Yamal.

The scientists are also researching ice cover on the coast of Kara sea, Arctic lakes, and a high water tide areas that contain maximum concentration of dangerous pollutants brought there from industrial regions of Russia and Europe.