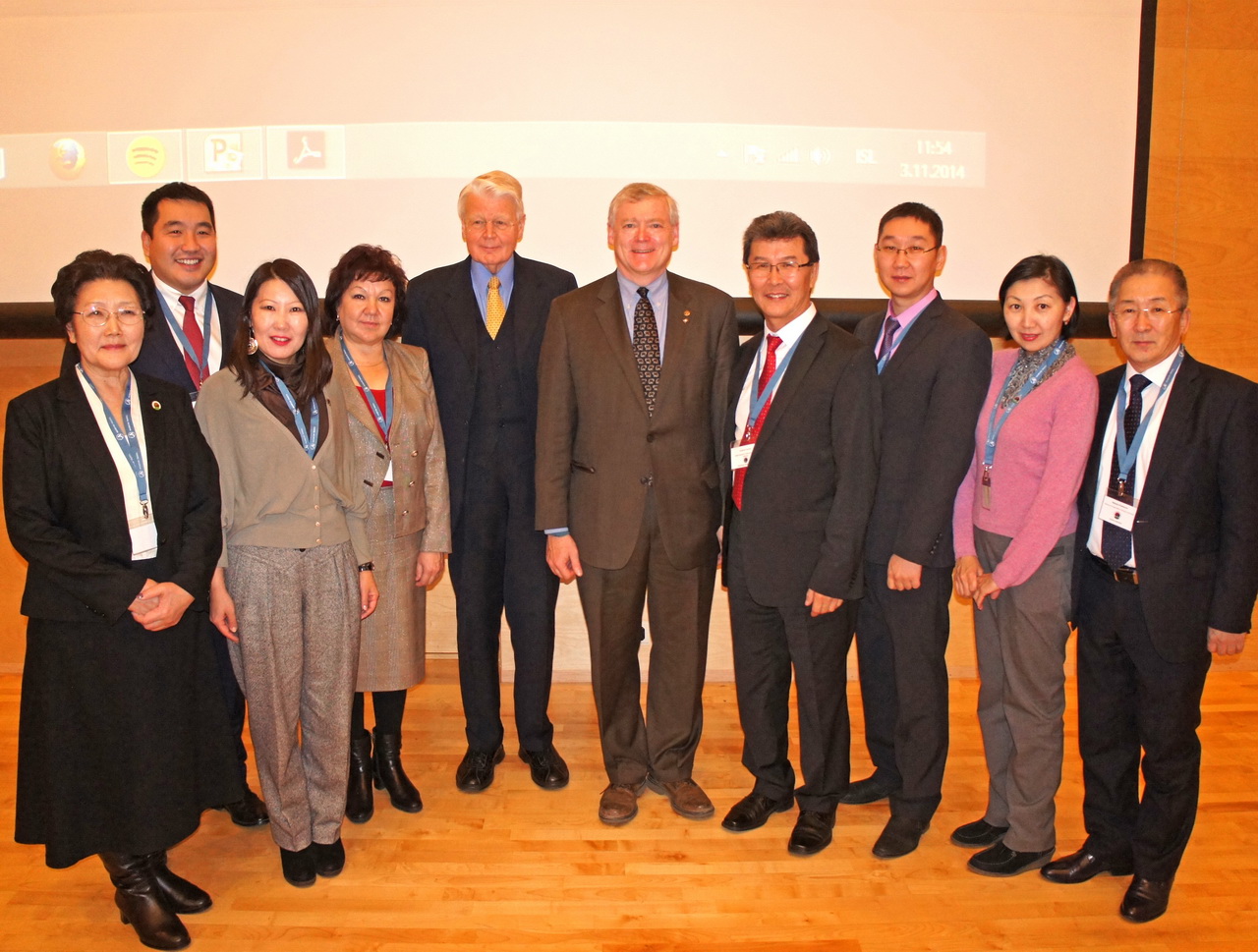 Day one of the Regional Coordinators Committee has been an enlighting, interesting event that brought many ideas alive and sparked discussions. After welcoming speech of the President of Iceland, Mayor of Akureyri city, Program speeches of State of Alaska Lt. Governor and the Sakha External Relations Minister, RCC Chair; first part of the meeting has begun.

His presentation was followed by presentation of a unique Yugra project - "the Red Book through the eyes of children", presented by two school students, who earlier have installed an exhibition of pictures and toys made by the project participants. The students and their leader Ms. Stycyuk made a great job of promoting this project that in a few years grew from a small municipal event into an inter-regional action.

Following the presentation, the participants and important guests were screened two bright and highlighting films on Khanty-Mansiysk AO - Yugra and the Sakha Republic (Yakutia). 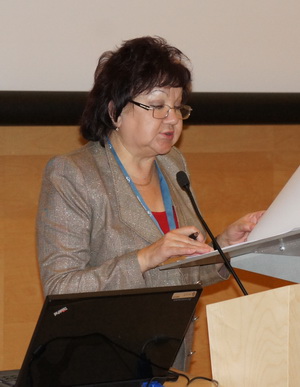 Following presentation was delivered by the Director of Strategic Reseach Centre of Yakutsk, Ms. Valentina Kondratieva - who spoke in great detail about some most problematic issues of Sakha life quality. This topic was important, as her presentation was dedicated to the new Sakha project presented on the 11th General Assembly that took place in Moscow last year. This project name is "Man in the Arctic" and it pursues a goal of creating a new indicator system that could indicate precisely the exact life quality level that would help taking right development decisions.

Arctic Biodiversity Report book that has been produced for 7 years time to be issued to the top Arctic decision makers, members of the Arctic Council - therefore it is an incredibly precise and analytical work with 17 recommendations to states for drafting their Arctic policy. Final drafting of this report took place in 2013 during the Biennial meeting of CAFF in Yakutsk.

After lunch, the presentations were continued by Anders Bjorklund, Managing Director of Orsa Gronklitt Predator Park, who spoke on being a "small business partner in a big World" - 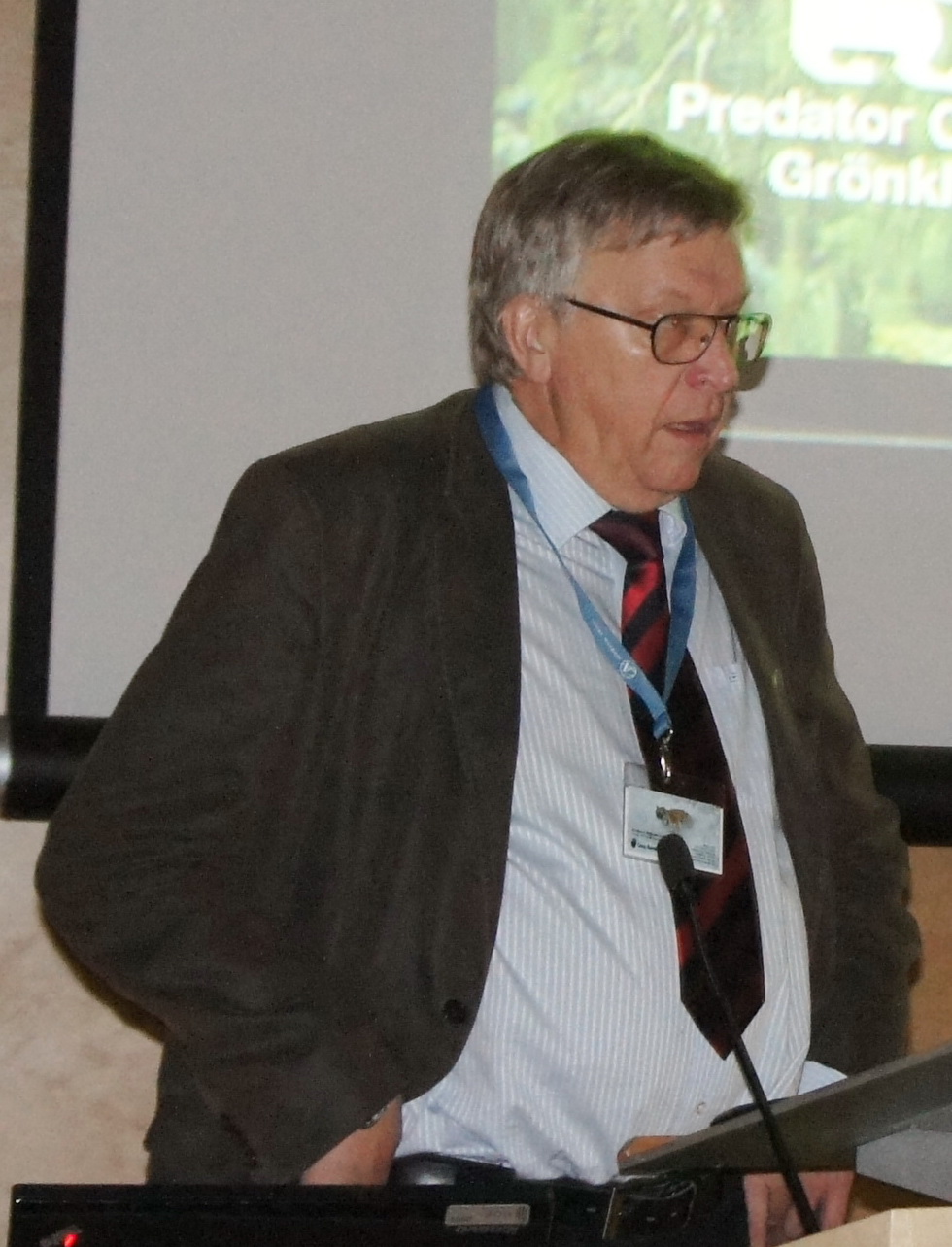 noting the business partner status in the Northern Forum. Orsa Gronklitt Park is also a host of the Northern Forum Project dedicated to researching the role of Brown Bears in folklore of the indigenous peoples.

Finally there was a dynamic presentation by a representative of French Polar Cluster, Mr. Mika Mered; who spoke on theoretical future of the Arctic (by 2035), notably on transport routes in the Arctic and industrial development. Due to a prognosis nature of this presentation, it has triggered many questions 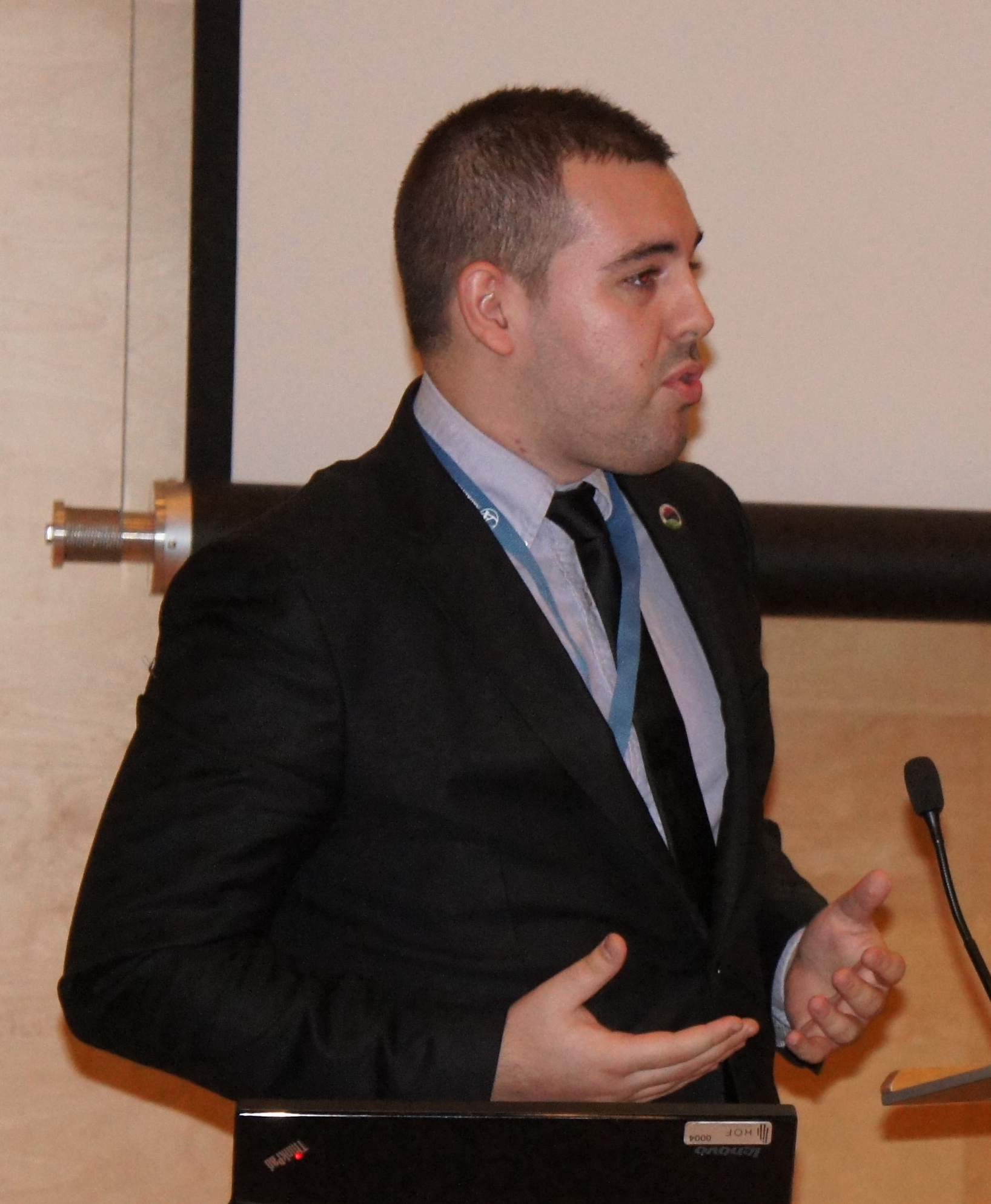 from the participants, notably the First Vice Governor of Khanty-Mansiyskiy AO - Yugra, Mr. Bukhtin, who expressed doubts in success of this scenario due to its reliance on industrial development in regions traditionally very attached to nature's well being.