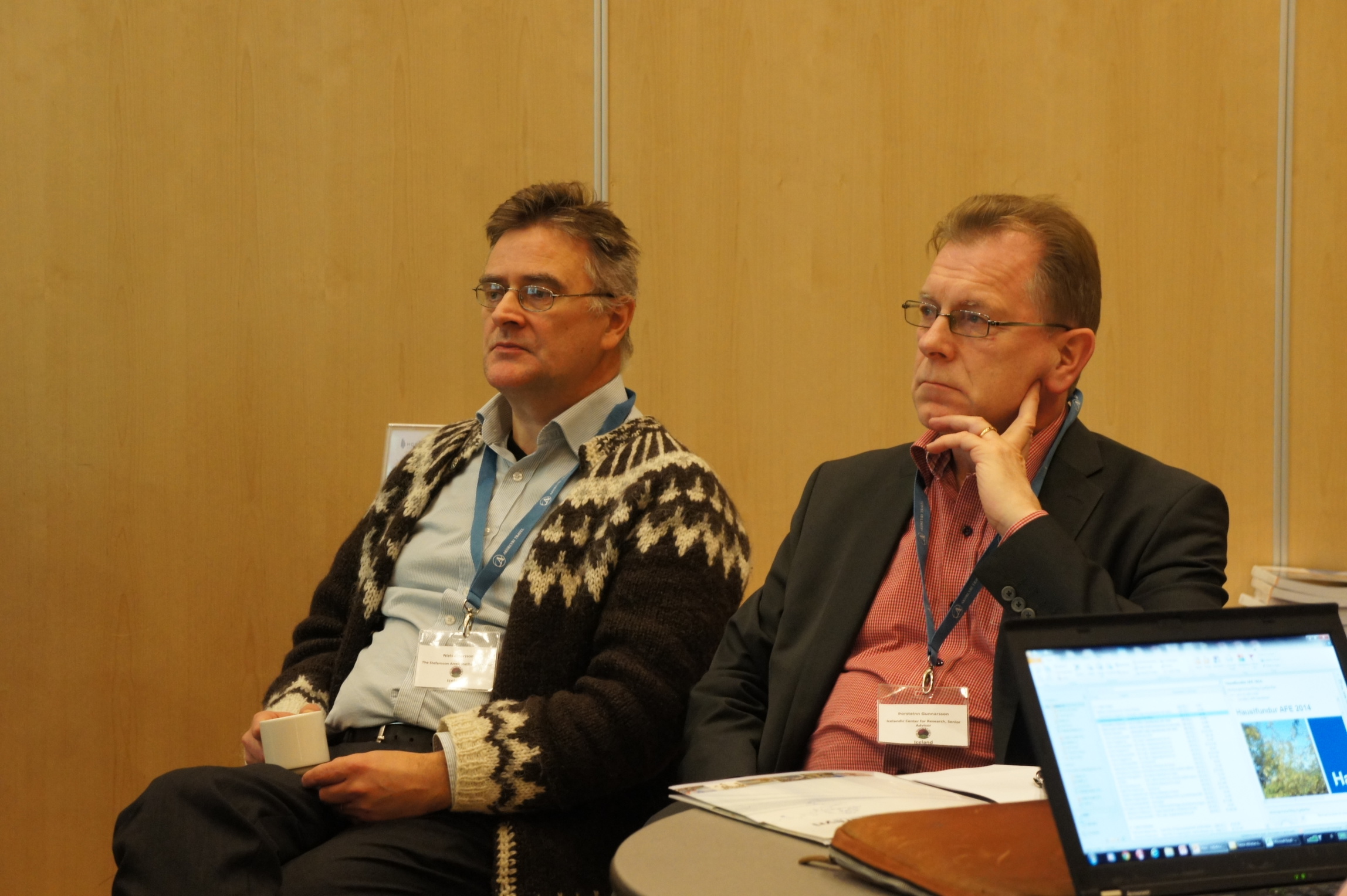 Icelandic presenters’ session was headlined as “Iceland as a key player in the Arctic” and the first report in this session was delivered by Rector of high-ranking University of Akureyri – Eyjolfur Gudmundsson with a presentation on the University and its role in the Northern affairs.

Following presentation was delivered by Director of the Stefansson Institute of Akureyri, Niels Einarsson; who has spoken about the Institute that is physically located next to the University of Akureyri, presenting its main activities and values. The Institute is an active participant in joint projects and cooperation with University of the Arctic, the International Arctic Social Sciences Association (IASSA), the North Atlantic Biocultural Organization, contributor to the Arctic Human Development Report (AHDR 2004 and 2014), participant of Arctic Social Indicators (ASI) projects.

Mr. Kari Fannar Larusson, a Program Officer of the Arctic Council CAFF Working Group has extended Tom Barry’s earlier presentation by looking deeper into biodiversity statistics prepared by CBMP working group of CAFF. Mr. Larusson pointed out that a number of migratory birds due to statistics has been steadily reducing in all areas of research.

Mr. Hreidar Thor Valtysson, University of Akureyri Fisheries Center Director has presented the center itself. His presentation has outlined main activities and purpose of 1990-established Center. The Fisheries Center serves two main goals - strengthening ties between the fisheries industry, that plays a major role in local economy, and the university; and strengthening education and research on the fisheries sector. 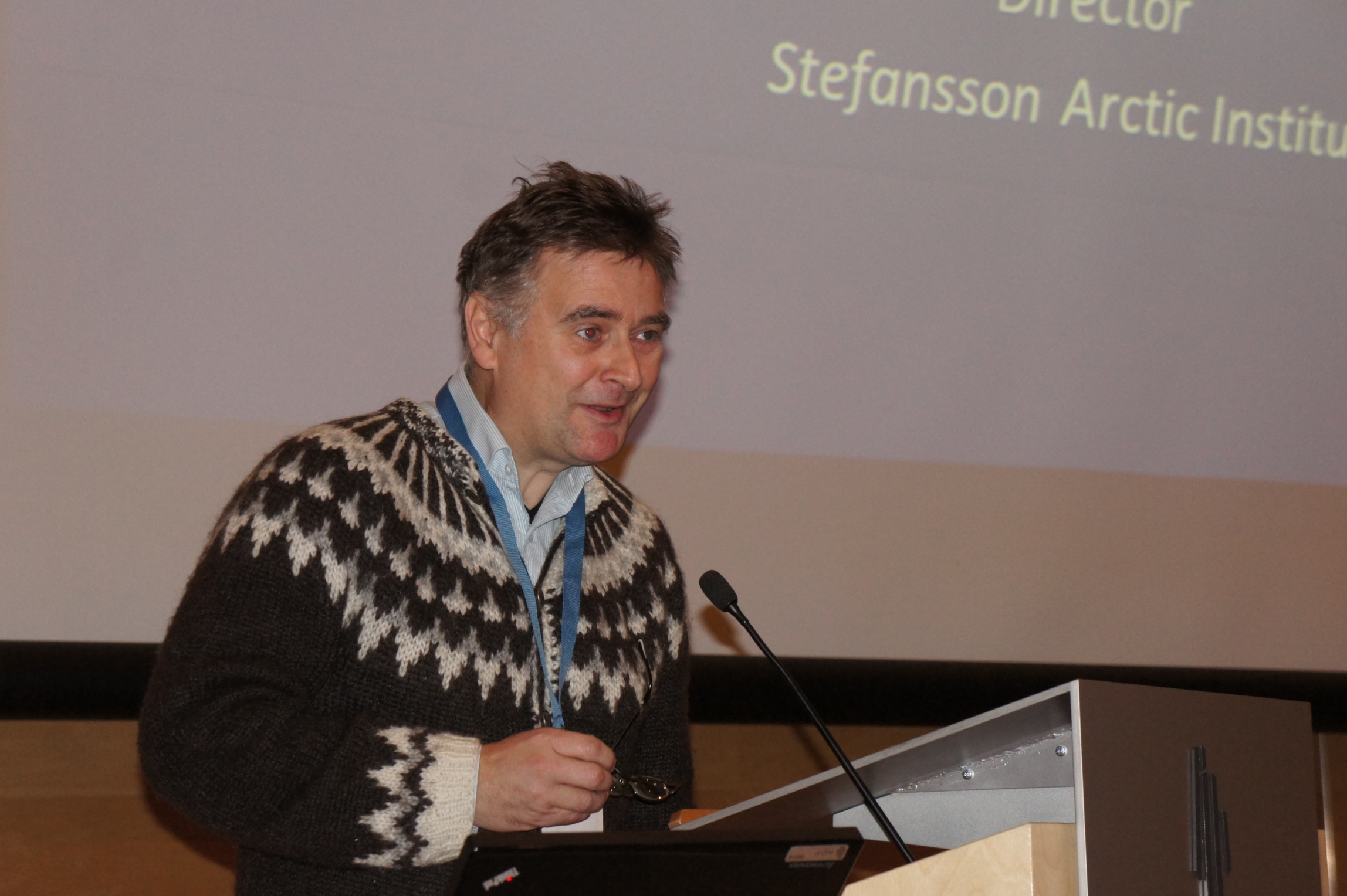 After a coffee break, more presentations followed – starting with Researcher and Deputy of the University of Akureyri Research Center, Mr. Hjalti Johannesson has presented an activity of the Center – a Megaproject on socio-economic development in Easter Iceland. This project is aimed to achieve higher percentage of urbanization, at the same time expanding opportunities of town in the region.

Gudrun Rosa Thorsteinndottir, a Director of the University of Akureyri Research Centre has expanded the topic of the University of Akureyri Research Center, by presenting roles that the Center plays in whole. For example – it plays a role of an umbrella organization for projects of the Northern Research Forum, Fischeries Science Center; organizing conferences and holding own research.

Following presentation was delivered by Halldor Johannesson – Executive Director of the Arctic Portal, which is a partner organization to the Northern Forum. Mr. Johanesson spoke on main activities of the Arctic Portal – building of websites, web databases and conducting research in this field. This presentation included an outlook on the Northern Forum website that has been built throughout 2014 and is expanding ever since. 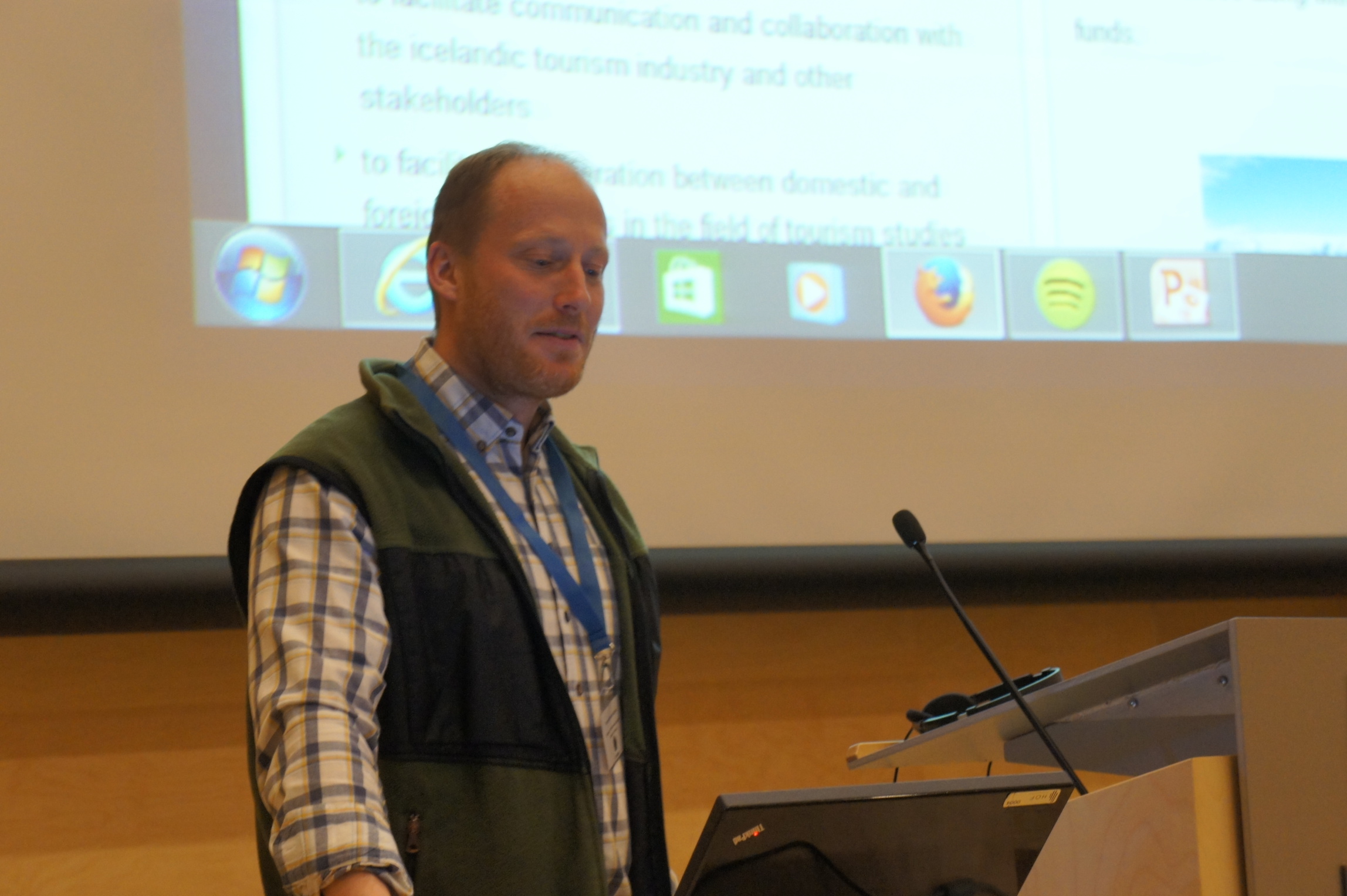 First part of the day has been concluded with presentation of Edward H Huijbens – Director of Icelandic Tourism research center. This presentation was dedicated to Tourism opportunities in Iceland, provided by the Center.

After lunch, a business section of the RCC Meeting has begun. This section has been a long-expected initiative that will contribute to revitalizing of active business cooperation in the Northern Forum. Moderated by the Arctic Portal Executive Director Halldor Johennesson, it had two speakers – President of Lapland Chamber of Commerce Timo Rautajoki and Olivier Dobbels – a co-President of the French Polar Cluster. Mr. Rautajoki has spoken on perspectives of a network of Northern Chambers of Commerce and Business Association and its application within the Northern Forum structure as a base for establishing a Business section of the Northern Forum.

Mr. Dobbels presented the French Polar Cluster as a non-profit non-government organization that is aimed for effective connection of France to the Northern affairs by researching, analyzing and producing recommendations. Involvement of France into Arctic is also shown in this presentation with a purpose of highlighting what’s behind of the French Arctic policies of today.

At the same time, Khanty-Mansiysk AO exhibition has been active next to the conference hall, offering viewers crafted and painted animals, made by children under the auspices of “Red Book through the children’s eyes” project.

You can see more pictures of 2014 RCC Meeting by proceeding to the gallery.