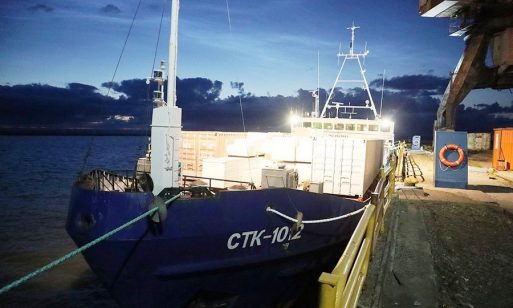 In the conditions of the economic crisis and sanctions, the Arctic is a promising market for canned products.

Food products, which do not require special storage conditions, increase the food security of the region, therefore, both producers and consumers are interested in improving interaction. The opinions of officials and business representatives agreed on this at the meeting of the Expert Council of the Arctic Development Project Office on May 17, 2022. The meeting was devoted to the issues of interaction between producers and consumers of canned food products in the Arctic zone of the Russian Federation.

Northern importation in the Russian Arctic affects more than 3 million people. Its total amount by the end of 2021 reached over 34 million tons, of which 10% is occupied by life-support cargo, including foodstuffs, fuel and petroleum products. At the same time, food prices in the regions of import exceed the national average by more than 50%, Maria Perova, Managing Director of the Corporation for the Development of the Far East and the Arctic, cited statistics.

There are several main reasons for high prices: complex and not always efficient logistics, a shortage and a high percentage of depreciation of transport and warehouse infrastructure, limitations of water infrastructure, high average age of river fleet vessels. However, prices are also affected by insufficient coordination in the purchase and transportation of goods, Perova claims. It is necessary to develop a new federal law regulating northern delivery, as well as the creation of an electronic trading platform to simplify the search for suppliers and buyers, the representative of the Far East and Arctic Development Corporation said in her speech.

In Yakutia, in accordance with the decree of the head of the republic, the list of socially significant goods has been supplemented with fresh vegetables and gourds. At the moment, the list of the "green basket" is being formed — a set of the most important and available fruits and vegetables for delivery, and a mechanism is being developed to ensure their constant availability and affordability. The biggest problem on this path seems to be logistical difficulties. An important intermediate goal in the struggle for the final cost and availability of products is the development of an optimal supply chain, including the creation of trade and logistics centers, said Sergey Neustroev, First Deputy Minister for Arctic Territories of the Republic of Sakha (Yakutia).

According to the results of 2021, more than 220 tons of canned products were delivered to the Arctic regions of Yakutia, in 2022 it is planned to transport part of the products through the Northern Sea Route for the first time in the republic, increasing the amount of import by about 70 tons, the head of Yakutoptorg JSC Saidam Stepanov added.

Several manufacturers of canned products from the regions of Russia shared witht their developments. For example, the Belkovsky food processing plant (Ryazan region) offers boiled and heat—treated products with preservation of both composition and vitamins - soups, concentrated juices that can be restored near end consumers.

Canned vegetables are the most promising for the Arctic zone of the Russian Federation, says Yuri Roshchupkin, a representative of the regional department of Semilukskaya Trapeza LLC. The products of this enterprise are produced without preservatives – safety is ensured only by sterilization. "We have no experience of delivery to the northern regions. However, there is a desire, as well as an opportunity to increase the volume of products produced," the manufacturer's representative said.

Divia Pharm Company (Sakhalin) is engaged in the processing of powder concentrate from laminaria, the addition of which as an ingredient in various products helps to combat iodine deficiency in the population. Konstantin Tereshchenko, Director of the Center for Agro-Industrial Competencies at the Agency for Innovative Development of the Novosibirsk Region, presented vertical greenhouses in the container format that are suitable for use in the Arctic zone. There are several examples of the implementation of this technology in the Novosibirsk region.

China may become an additional supplier of food to the Russian Arctic. At the same time, it represents a market for Arctic wild plants and specialties, such as fish or venison. Accordingly, this is an opportunity to establish reverse logistics flows, said representative of the Union of Foreign Investors of China, Eduard Dushenko, which includes more than 1,100 industrial groups of China with 27.5 million employees.

"It is necessary to consolidate and share with the listed good practices from the regions, as well as interesting solutions from manufacturers and suppliers, which together could give a synergistic effect. And in order to purposefully solve the problem of ensuring food security, a set of joint working groups will be created, in particular, between the Northern Forum and the relevant regional structures of the Russian Arctic and the Far East, as well as the Arctic Development Project Office. Opportunities for the development of supplies and production of canned food products are provided by Arctic preferences in accordance with the Federal Law "On Support of entrepreneurship in the Russian Arctic", the implementation of offset contracts, subsidizing interest rates on the supply of products for "northern import"," summed up the moderator of the meeting, coordinator of the Expert Council of the Russian Federation Alexander Vorotnikov.