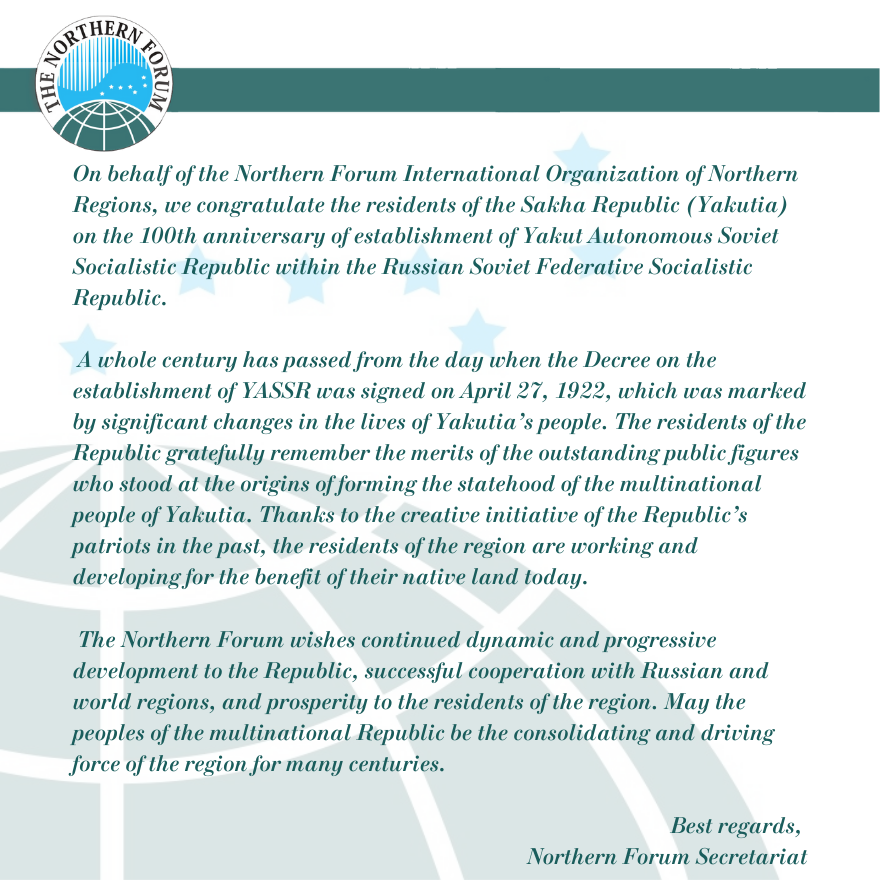 On behalf of the Northern Forum International Organization of Northern Regions, we congratulate the residents of the Sakha Republic (Yakutia) on the 100th anniversary of establishment of Yakut Autonomous Soviet Socialistic Republic within the Russian Soviet Federative Socialistic Republic.

A whole century has passed from the day when the Decree on the establishment of YASSR was signed on April 27, 1922, which was marked by significant changes in the lives of Yakutia’s people. The residents of the Republic gratefully remember the merits of the outstanding public figures who stood at the origins of forming the statehood of the multinational people of Yakutia. Thanks to the creative initiative of the Republic’s patriots in the past, the residents of the region are working and developing for the benefit of their native land today.

The Northern Forum wishes continued dynamic and progressive development to the Republic, successful cooperation with Russian and world regions, and prosperity to the residents of the region. May the peoples of the multinational Republic be the consolidating and driving force of the region for many centuries.