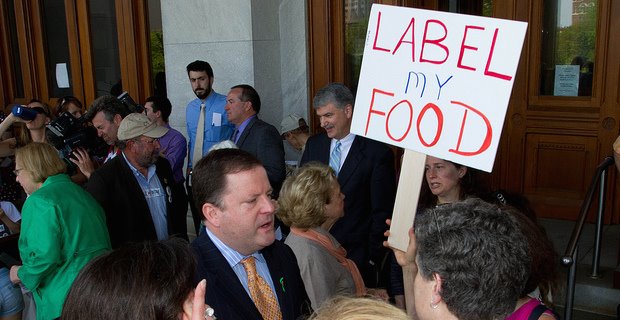 The bill which was submitted by the Federal Service for Supervision of Consumer Protection and Welfare (Rospotrebnadzor) imposes fines for vague or unclear labeling food products containing genetically modified ingredients.

President Putin earlier said that Russia must protect its citizens from overconsumption of products containing genetically modified organisms. Prime Minister Dmitry Medvedev followed this with a statement that Russia has no intention to import GMOs.

Russian Minister of Agriculture Nikolai Fyodorov believes that Russia must remain a GMO-free country. At a meeting of deputies representing rural areas organized by United Russia, he said that the government will not “poison their citizens.”

In February, a group of senators from Russia’s Federation Council introduced a bill seeking to prohibit the distribution and import of products containing GMOs in Russia.

According to the explanatory note attached to the bill, only 18 lines of GMOs are officially allowed in Russia at the moment. This is a far lower number than in other countries, as the Russian farming industry has long maintained extensive restrictions on the use of technology related to GMOs. The senators say that because of its WTO membership, Russian markets could import numerous genetically modified products from other countries, thereby destabilizing the situation.

About 60% of Russians are currently distrustful of GMOs, according to the explanatory note.