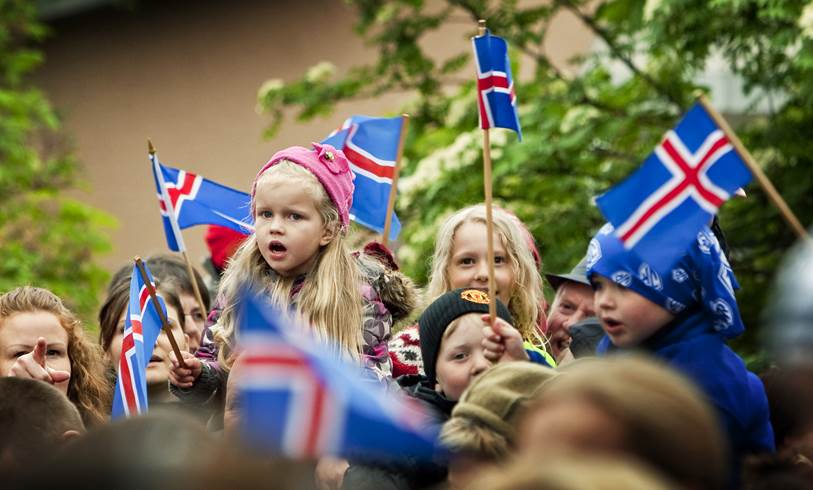 Today, on June 17th Iceland is celebrating Independence Day. This holiday is also called Icelandic National Day or simply 'the seventeenth of June'. The day marks Iceland's independence from Denmark.

Iceland was proclaimed an independent republic on June 17th 1944. But actually Iceland gained independence from Denmark much earlier, on December 1st 1918 with the signing of the Act of Union with Denmark. The Act recognised Iceland as an independent state under the Danish crown.

Icelanders celebrate this day with colourful ceremonies that are followed by parades, street theatre, sideshows and other activities all over Iceland.