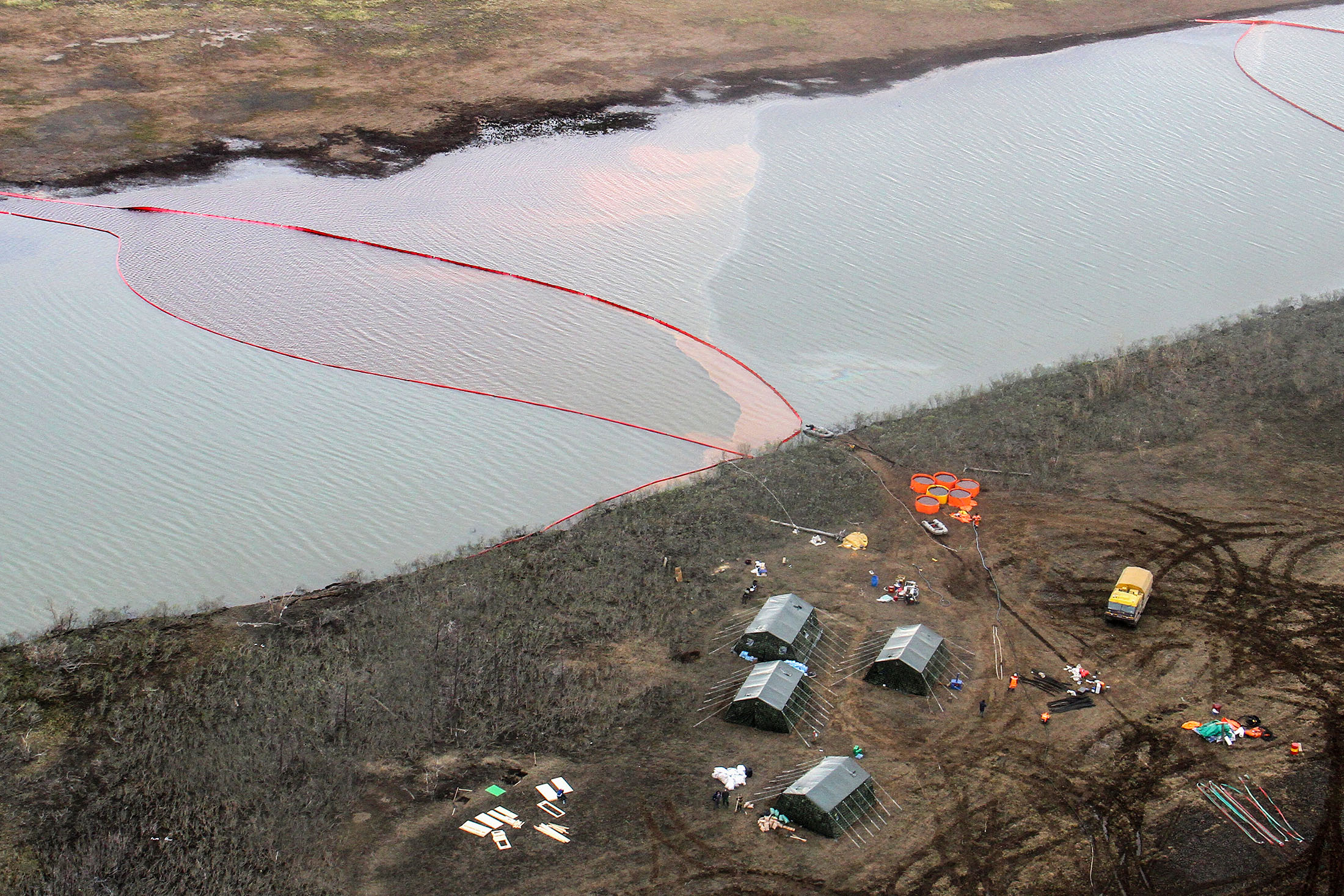 President of Russia Vladimir Putin approved a state of emergency in Krasnoyarsk Krai, due to the incident in Norilsk. Mining company involved said the catastrophe may have been caused by climate change.

Scientists have warned for years that thawing of once permanently frozen ground covering more than half of Russia is threatening the stability of buildings and pipelines. Greenpeace said last week’s accident was the largest ever in the Arctic region, and likened it to the Exxon Valdez spill off Alaska in 1989.

The cause of the spill, in which 20,000 tons of diesel leaked from a reservoir owned by MMC Norilsk Nickel PJSC, hasn’t been determined but the company has suggested it could be the result of damage from melting permafrost. The rate of warming in the Arctic is twice as fast as the rest of the world.

“The cause is yet to be determined and is likely a combination of both climate change and infrastructure-related factors,” said Dmitry Streletskiy, a professor at George Washington University.

As a precautionary measure, Nornickel is pumping fuel from another nearby reservoir where slight cracks were discovered after the company began an investigation of the accident, said Nornickel First Vice President Sergey Dyachenko. The spill came at a reservoir that was last checked in 2018 in line with regulations, according to Nornickel’s press service.

“Given the issues linked to permafrost, the checks of such reservoirs should be done more often,” said Vladimir Chuprov, project director at Greenpeace in Russia. “The area won’t be able to recover from the accident soon as it is already not possible to fully collect the fuel after such time.”

The company called in a specialist clean-up team from Murmansk, which is pumping out the fuel. The team has so far collected 338 tons of diesel fuel and removed 1,450 cubic meters of soil, Nornickel’s press service said.