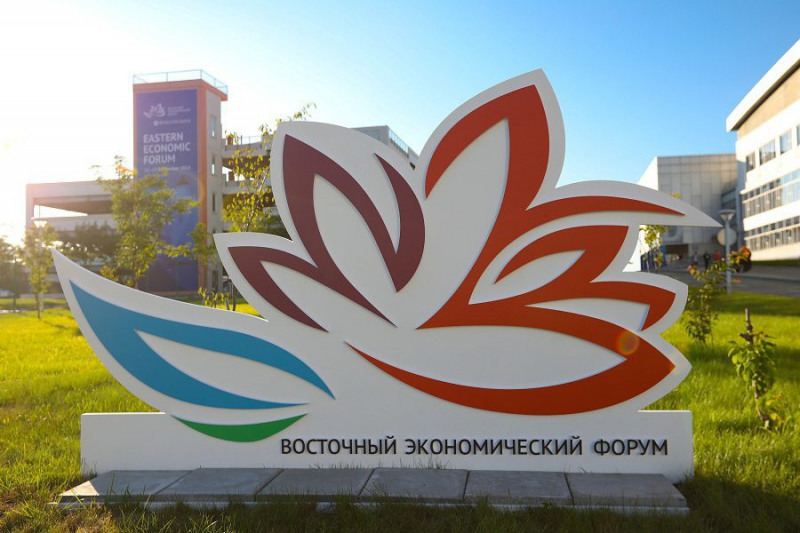 On September 4-6, the 5th Eastern Economic Forum (EEF) was held in Vladivostok, Russia. As Deputy Prime Minister and Plenipotentiary of the President of the Russian Federation in the Far Eastern Federal District, Yuri Trutnev, stated at the final press conference, 270 agreements worth over 3.4 trillion rubles were signed at the EEF. This is 13% more than a year earlier.

At first glance, the EEF has no direct relation to the Arctic. Most of the fundamental agreements and decisions regarding the Arctic are adopted and announced in Moscow or St. Petersburg, for example, at the St. Petersburg Economic Forum (SPEIF) or at the forum "Arctic Territory of Dialogue", which this year has also firmly established itself in the "northern capital" of Russia.

However, since the end of last year, Yuri Trutnev, as deputy prime minister, has been responsible in the government not only for the Far East, but also for the Arctic. Following this, the Arctic Ministry was entrusted with the development of the Far East and other institutions for the development of the Far East. In addition, the “eastern” direction itself for Russian business operating in the Arctic is becoming more and more relevant every month. Therefore, the “Arctic agenda” of the current Eastern Economic Forum turned out to be very significant.

The main Arctic “star” of the WEF-2019 was expected to be NOVATEK with the project of the second Arctic LNG 2 natural gas liquefaction plant in Yamal. Hiroshige Sako, Minister of Economy, Trade and Industry of Japan for Vladivostok, announced that the participants in this project, including a consortium of Japanese companies Mitsui & Co and Jogmec, made a final investment decision. “The energy resources of the Russian Arctic will be delivered to Asian countries, which are the center of global economic growth, through the Far East,” he said. Earlier, Japanese Foreign Minister Taro Kono said that the volume of investment by the Japanese consortium, which will receive 10% of shares in Arctic LNG 2 equals $ 5 billion.

In addition, as Far East Investment Promotion and Export Support Agency (FEIP ESA) reported, NOVATEK at the EEF signed an agreement with the Indian company H-Energy on joint investments in future LNG terminals in India, as well as the creation of a joint venture for trading Yamal liquefied natural gas in India, Bangladesh and other countries of Southeast Asia.

Part of the LNG produced by NOVATEK on the Yamal Peninsula will be used for gas supply to the Russian regions. For example, the Chukotka authorities have agreed with this company that they will use this gas as fuel for small power plants in the region and gas motor fuel for marine, automobile transport and mining equipment of Chukotka enterprises. “After the offshore LNG transshipment complex in the Kamchatka Territory and the Arctic LNG 2 project are fully operational, LNG tankers will run along the Arctic coast of the Chukotka Autonomous Okrug throughout the year and almost every day. Using the potential of Novatek’s LNG projects for gas supply to the remote northern regions will help to replace traditional energy sources (coal and diesel fuel) with cleaner natural gas, which is especially important for protecting the Arctic ecosystem”, said Leonid Mikhelson, Chairman of the Board of the company.

The Forum also expectedly made several statements on the topic of whether or not to allow private (including foreign) companies to produce hydrocarbons on the Arctic shelf of Russia. We will remind that under current legislation, only Rosneft and Gazprom can work here now. “Everything we talk about in the Arctic is very expensive. It may be advisable to open these gates as wide as possible for those who would like to participate in this. In any case, we are not risking anything here. We have two state corporations working in this direction - Gazprom and Rosneft, the largest fields are assigned to them, and today companies are fulfilling, in principle, all their obligations. We are talking about an unallocated fund, a little-studied territory. And of course, if such investors suddenly appear, it would be nice”, said Minister for Natural Resources and Ecology of the Russian Federation Dmitry Kobylkin in an interview with TASS.

“Everything will depend primarily on the attractiveness of development conditions and funding sources. Because today, in fact, projects on the Arctic shelf are either of negative cost or with a small IRR (profitability - “AI”), which does not allow these projects to compete with others. It’s necessary to create conditions”, Minister of Energy of the Russian Federation Alexander Novak told reporters on the sidelines of the EEF.

But while these discussions are ongoing, the head of Gazprom Neft (GPN) Alexander Dyukov, as reported by TASS, told that the North-Wrangel section on the shelf of the Chukchi Sea could become the first joint project of the state GPN and a private NOVATEK on the Arctic shelf.

The head of Gazprom Neft also emphasized that thanks to three projects in the center of the Arctic - the development of the Prirazlomnaya fields in the Nenets Autonomous Okrug, Messoyakhi and the New Port on the Yamal Peninsula, GPN now has the opportunity to increase efficient production in the Arctic and is ready to enter new northern borders. “Thanks to these projects, we have created a bridgehead - infrastructure, including transport, which now allows us to develop further in the Arctic. Today we have new projects in Yamal, Gydan, at the mouth of the Yenisei. These are still little studied, but very promising territories”, said Alexander Dyukov. The development strategy of Gazprom Neft aims to produce at least 50 million tons of oil per year in the Arctic. NOVATEK intends to annually produce over 70 million tons of LNG in Yamal. Rosneft and Neftegazholding, in the case of providing them with investment benefits, are ready to annually collect 50 million tons of oil in Taimyr. And most of this hydrocarbon flow will be delivered to the East by the Northern Sea Route. Therefore, the “Arctic theme” at the Eastern Economic Forums in Vladivostok will obviously sound louder every year.