The easternmost point of Mainland Europe has been determined and commemorated 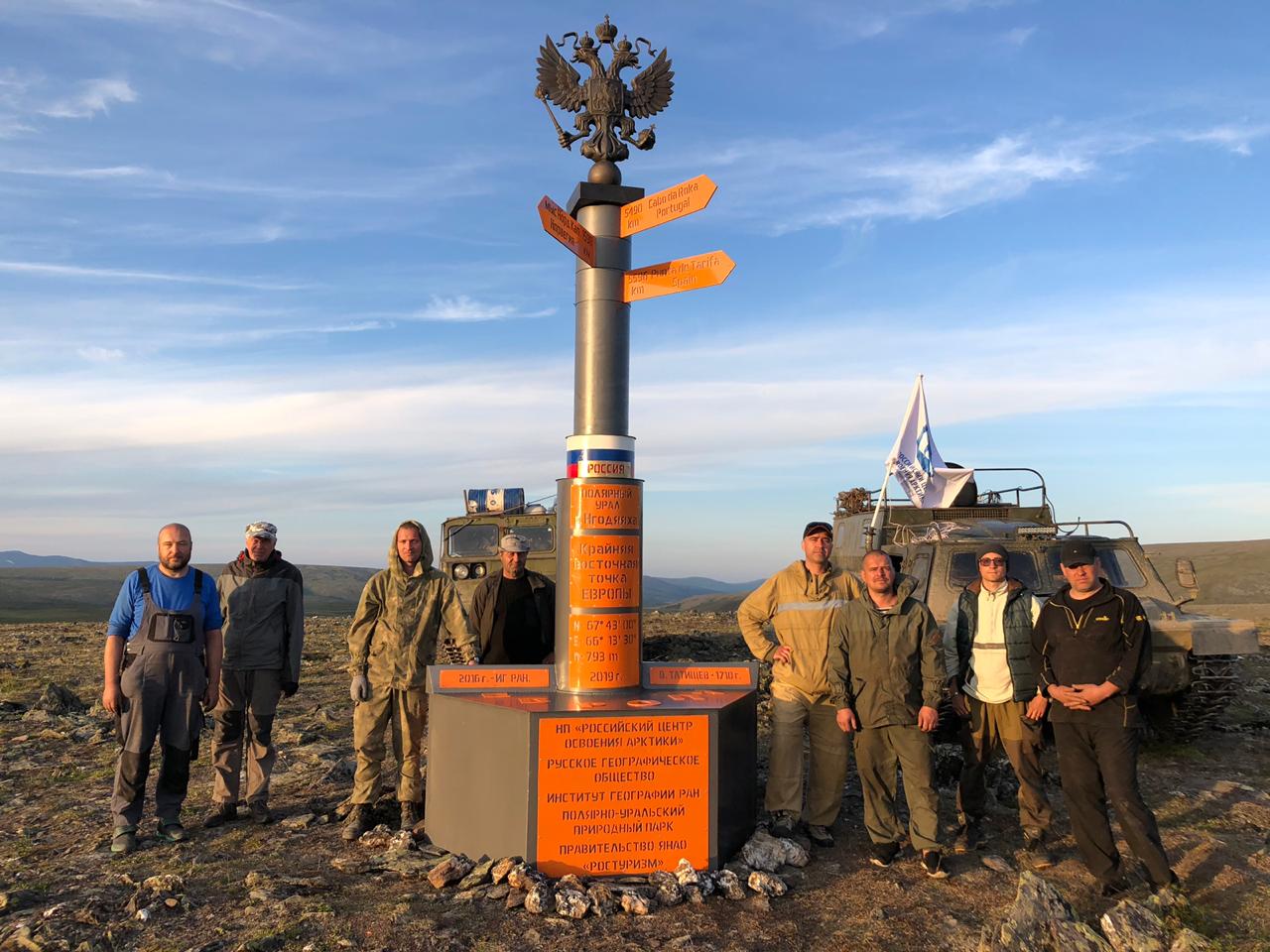 The Russian center for Arctic research mounted a commemorative geographical sign marking Europe’s easternmost point at the top of Ngodyayakha Mountain in the Polar Urals nature park. The sign is 5 meters high, weighs 2 tonnes and is decorated with a heraldic symbol of Russia, a two-headed eagle, at the top.

The commemorative sign was designed by an outstanding Yamal geologist Ivan Popov who has made a significant contribution to research and exploration of the Polar Urals.

The commemorative sign and all the necessary equipment was delivered to the mountain by two vehicles of the Russian center for Arctic research. Participants of the expedition included volunteers of the public environmental organization The Green Arctic, researchers from the Arctic science and research center, young specialists from Youth employment center, leading scientists from the Russian Academy of sciences.

The easternmost point of Mainland Europe as a geographical object was determined by researchers of the Geographical Institute of Russian Academy of sciences in 2017. The easternmost point of Mainland Europe can be defined along the watershed of the Polar Urals in the Arctic part of Yamal-Nenets Autonomous Okrug on the border with the Republic of Komi. The height of Ngodyayakha Mountain is 753 meters (appr.2470 feet).

Andrey Umnikov, director of the Russian center for Arctic research thinks that the easternmost point of Europe can become a new tourism brand in Yamal, especially due to the fact that the geographical point is located far from civilization in an area rich in unique natural resources.

The southernmost point of Mainland Europe is Punta de Tarifa in Spain, the northernmost is the Cape Nordkinn in Norway; Cabo da Roca in Portugal is the westernmost point.  The determination of the easternmost point will contribute a lot to the development of international tourism.

The project was initiated by the Government of Yamal-Nenets Autonomous Okrug.