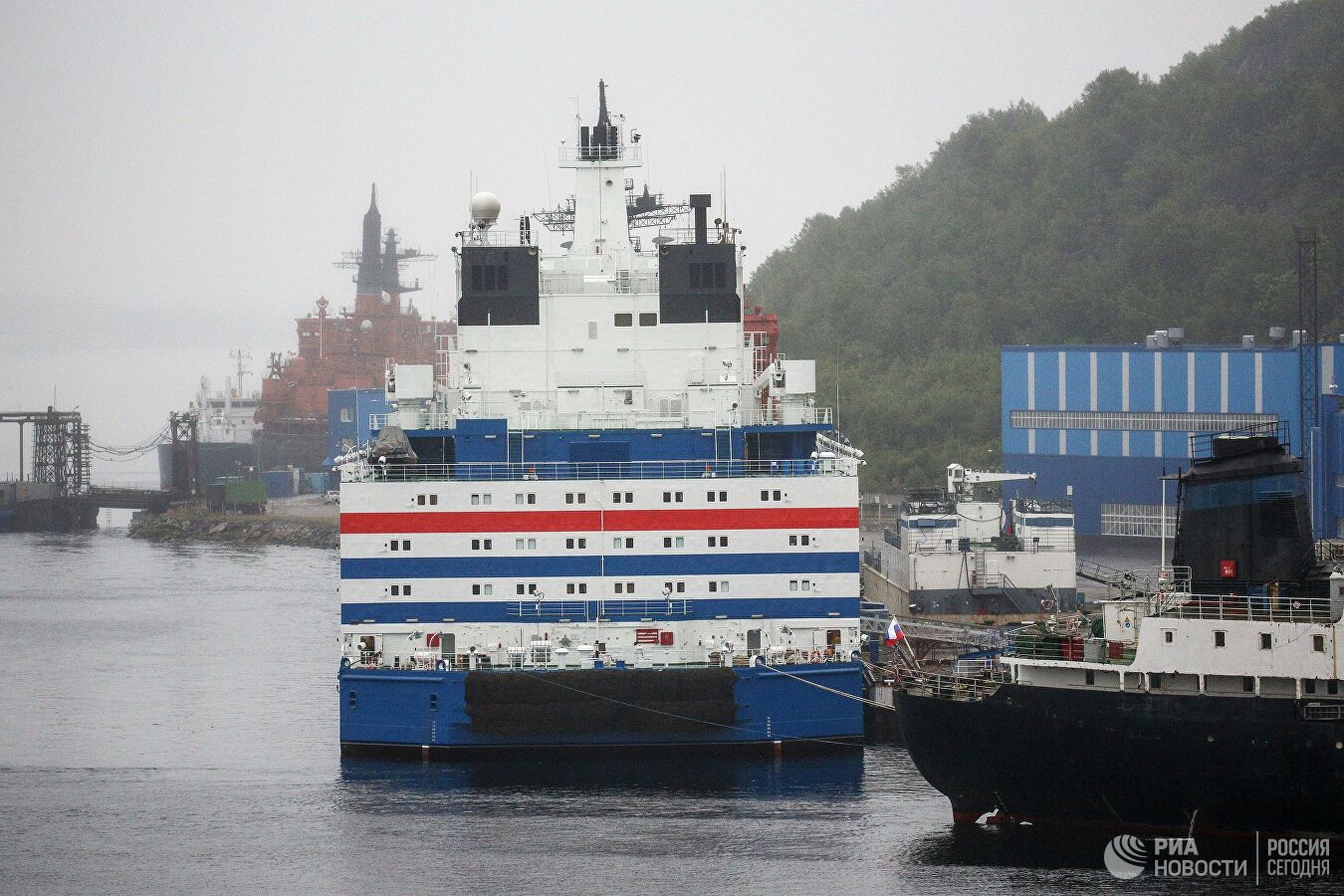 In Murmansk, a ceremony was held to send the world's first industrial floating nuclear power unit (FPU) "Akademik Lomonosov" to the place of operation in Chukotka, Ria news correspondent reported.

A four-deck vessel, painted in the colors of the Russian flag, sailed from the Rosatomflot pier to the port of Pevek using tugboats: one of them will pull the power unit, and the other will go behind and slow it down. Next will follow the third, spare ship.

According to experts, the average speed of the towing caravan under favorable conditions will be about four to five knots (seven to nine kilometers per hour).

It is planned that in Chukotka "Akademik Lomonosov" will be in three weeks.

Therefore, the project for creating a floating thermal NPP has entered its final stage.

In the spring, tests were carried out, confirming the design indicators of a floating power unit.

In July, the St. Petersburg Baltic Plant, where a floating nuclear power unit was being built, officially handed it over to the customer, Rosenergoatom Concern.

By the end of the year, it is planned to finish the construction of coastal and hydraulic structures for the station in Pevek, as well as the infrastructure that will ensure the transmission of electricity to the Chukotenergo network and heat to the city.

It is expected that a floating thermal NPP will start operating in December and will replace the retiring capacities of the Bilibino NPP and the Chaun TPP.

According to the developers, the floating thermal NPP was created with a large margin of safety exceeding all possible threats, so that nuclear reactors are invulnerable to tsunamis and other natural disasters.

The 20870 Akademik Lomonosov floating power unit is designed to operate as part of a floating thermal NPP equipped with two reactor facilities that can provide energy to a city with a population of about one hundred thousand people.

In addition, such power units can operate in island states, and a powerful desalination plant can be created on their basis.

The block is intended for use in areas of the Far North and the Far East.

Its main goal is to provide energy to remote industrial enterprises, port cities, as well as gas and oil platforms on the high seas.

The designated life of the Akademik Lomonosov is forty years. The FPU can accommodate about 70 staff. For them, there are residential cabins, a dining room and a sports complex.