Plastic particles falling out of sky with snow in Arctic 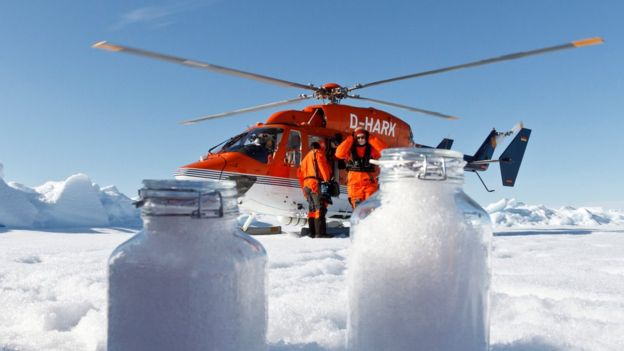 Even in the Arctic, microscopic particles of plastic are falling out of the sky with snow, a study has found.

The scientists said they were shocked by the sheer number of particles they found: more than 10,000 of them per litre in the Arctic.

It means that even there, people are likely to be breathing in microplastics from the air - though the health implications remain unclear.

The region is often seen as one of the world's last pristine environments.

A German-Swiss team of researchers has published the work in the journal Science Advances.

The scientists also found rubber particles and fibres in the snow.

How did the researchers carry out the study?

The researchers collected samples of snow in flasks

Researchers collected snow samples from the Svalbard islands using a low-tech method - a dessert spoon and a flask.

In the laboratory at Germany's Alfred Wegener Institute in Bremerhaven they discovered far more contaminating particles than they'd expected.

Many were so small that it was hard to ascertain where they had come from.

The majority appeared to be composed of natural materials like plant cellulose and animal fur. But there were also particles of plastic, along with fragments of rubber tyres, varnish, paint and possibly synthetic fibres. 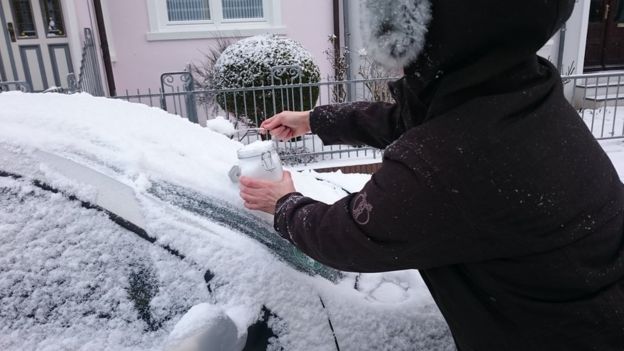 The team also sampled snow from sites in Germany and Switzerland

The lead scientist, Dr Melanie Bergmann, told BBC News: "We expected to find some contamination but to find this many microplastics was a real shock."

She said: "It's readily apparent that the majority of the microplastic in the snow comes from the air."

Microplastics are defined as those particles below 5mm in size.

Addressing their potential effects on people, Dr Bergmann explained: "We don't know if the plastics will be harmful to human health or not. But we need to take much better care of the way we're treating our environment."

The scientists also analysed snow from sites in Germany and Switzerland. Samples taken from some areas of Germany showed higher concentrations than in the Arctic.

How is plastic pollution reaching the Arctic?

The researchers think microplastics are being blown about by winds and then - through mechanisms which are not fully understood - transported long distances through the atmosphere.

The particles are then "washed" out of the atmosphere through precipitation, particularly snow.

A study published in April by a British-French team showed that microplastics were falling from the sky onto the French Pyrenees, another supposedly pristine region.

Previously, research groups have found plastics in the atmospheric fallout of Dongguan, China, Tehran in Iran, and Paris, France.

As for where the pollution is coming from, here too there are uncertainties. 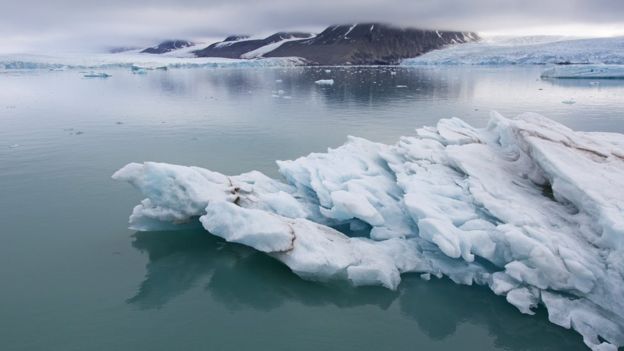 The presence of so many varnish particles in the Arctic was a puzzle.

The fibre fragments may be from people's clothing, although it's not possible to tell at the moment.

Dr Bergmann explained: "We have to ask - do we need so much plastic packaging? Do we need all the polymers in the paints we use? Can we come up with differently designed car tyres? These are important issues."

Dr Eldbjørg Sofie Heimstad, from the Norwegian Institute for Air Research, Kjeller, who was not involved in the latest study, told me that some of the particle pollution was local and some had drifted from afar.

She said: "We know that most of what we are analysing up there and measuring are long-range transported pollution coming from [Europe], from Asia, coming from all over the world.

"Some of these chemicals have properties that are a threat for the ecosystem, for living animals." 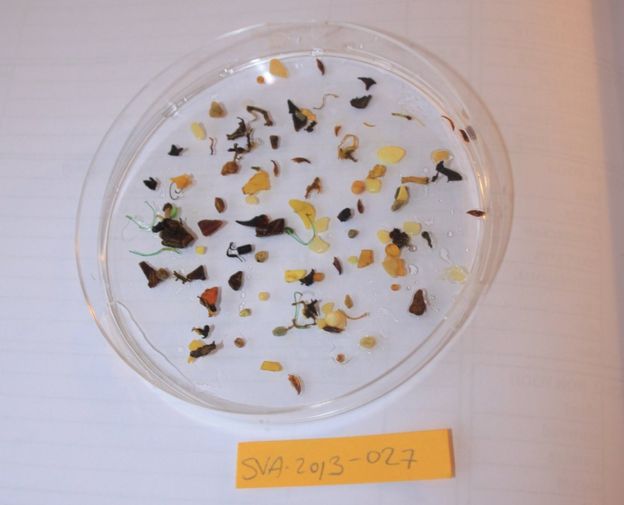 Fragments of plastic are found at high concentrations in Arctic seawater

What does this mean for the Arctic?

The results follow on the heels of our exclusive report last year that the highest concentrations of plastic particles in the ocean were to be found in Arctic sea-ice.

Plastic waste is also drifting for hundreds or even thousands of kilometres to land on remote Arctic beaches.

It is depressing news for people who have regarded the far north as one of the last pristine environments on Earth.

"Up here we see the beauty of it every day, and to see that it's changing so much and being tainted - it hurts."