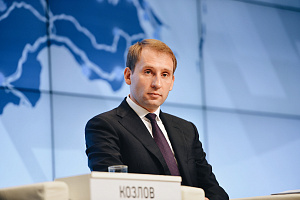 One of the proposals made by the Ministry is an establishment in the Russian Far Eastern Federal District of the declarative principle of territory assignment with forecast resources of solid minerals for geological exploration. It will increase the extrabudgetary funding for geological exploration and enlarge territories for minerals’ prospection, an increase in number of discovered deposits is also expected. The corresponding order was adopted by the Ministry of Natural Resources and Environment of Russian Federation in May 2019.

As noticed Alexander Kozlov: “...this will stimulate companies to look for large deposits and attract new investments in the economy. We are also working to reduce administrative barriers in the allocation of land and the development of the junior movement.”

“… Now throughout the Arctic and the Far East, there is no need to hold an auction to obtain plots of mineral resources, where there are no confirmed reserves of solid minerals yet, but there are forecast resources of any exploration degree. It is important for the development of the Arctic and the Far East economy. This is a very good motivation for private investments in geological exploration. We expect a 20-30% increase in such investments annually” – commented on own Facebook page Alexander Krutikov, Deputy Minister of the Russian Federation for the Development of the Far East and Arctic.

Article by: Press Service of the Ministry for Development of the Russian Far East and Arctic