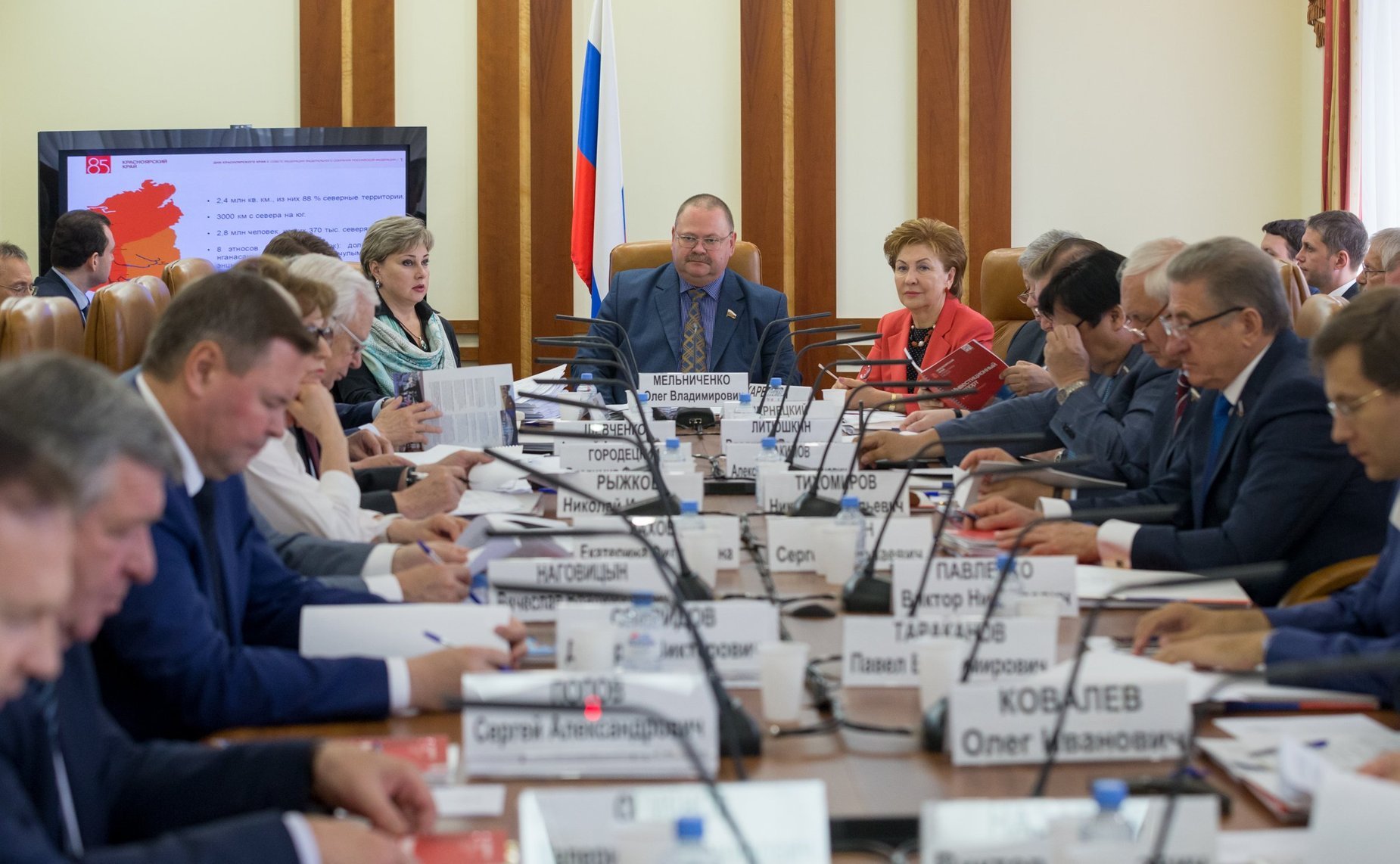 One of the important issues of the report was the inclusion of Evenkia in the Arctic zone. Evenkia is an autonomous okrug of Krasnoyarsk Krai.

Even though Evenkia fully meets all the criteria approved in Russian Federation Policy for the Arctic to 2020, it is still not a part of Russia’s Arctic zone.The district thus has extreme climatic conditions typical for the Arctic zone. It is also characterized by focal nature of industrial development, remoteness from   the main industrial centers and low sustainability of ecological systems. Moreover, development of the Yurubcheno-Tokhomsky, Kuyumbinsky and Paiginsky   oil fields is under way here.

It is clear that Evenkia should be a part of the Arctic zone. The issue was previously worked through with the Ministry for the Development of the Russian   Far East and Arctic and received its support. In this regard, we ask to support our initiative to include Evenkia in the Arctic zone of Russia, Anatoly   Tsykalov said.

The issue of relocation of people who had worked in the Arctic for a long time, as well as the accident rate of the housing stock of Norilsk and Dudinka were  also discussed.

It should be recalled that in 2010, on behalf of Vladimir Putin, an agreement was concluded between the Krasnoyarsk Krai, Ministry of Regional Development (Russia), Norilsk and the Norilsk Nickel company. For 10 years, it was planned to allocate 18.5 billion rubles for the resettlement of more than 11,000 families of Norilsk and Dudinka. To date, only 7,975 families have actually been resettled due to a decrease in funding for programs from the federal center in 2014–2015, and in 2016 it has completely stopped. Following the review of this issue, it was proposed to instruct the Government of the Russian Federation to provide in the federal program a target event for the resettlement of residents of Norilsk and Dudinka to areas with favorable living conditions.

In conclusion, Anatoly Tsykalov stressed that the failure to solve the above-mentioned tasks seriously hinders the socio-economic development of the Krasnoyarsk Krai. “I sincerely hope that with your help we will be able to solve these problems,” said the Deputy Prime Minister.

The development of the northern territories of the Krasnoyarsk Territory was supported by the members of the Federation Council.