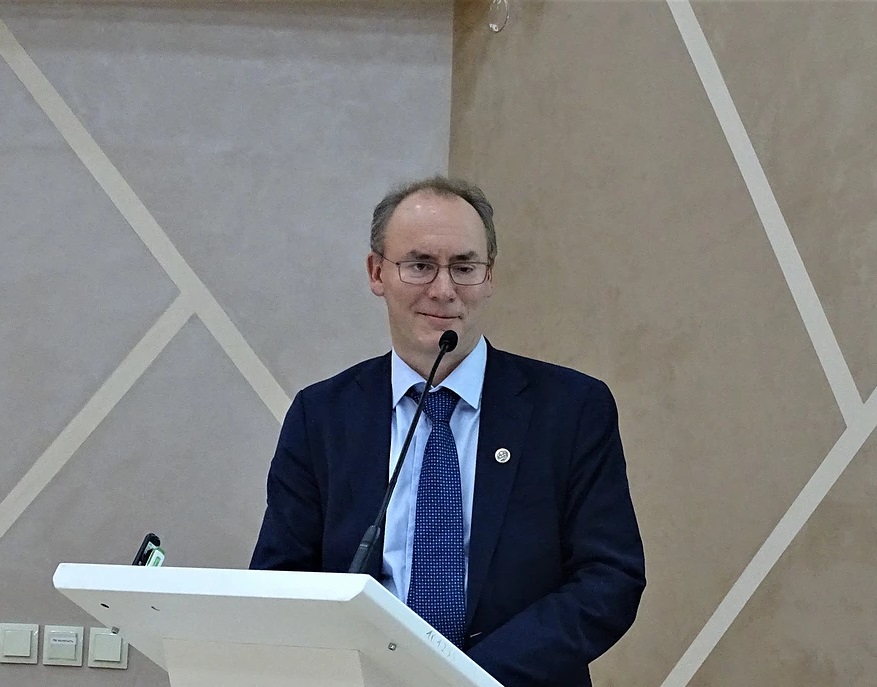 Mikhail Pogodaev, Executive Director of the Northern Forum, took part in events related to the visit of the Managing Director of Center for High North Logistics Kjell Stokvik (Norway) to Yakutsk 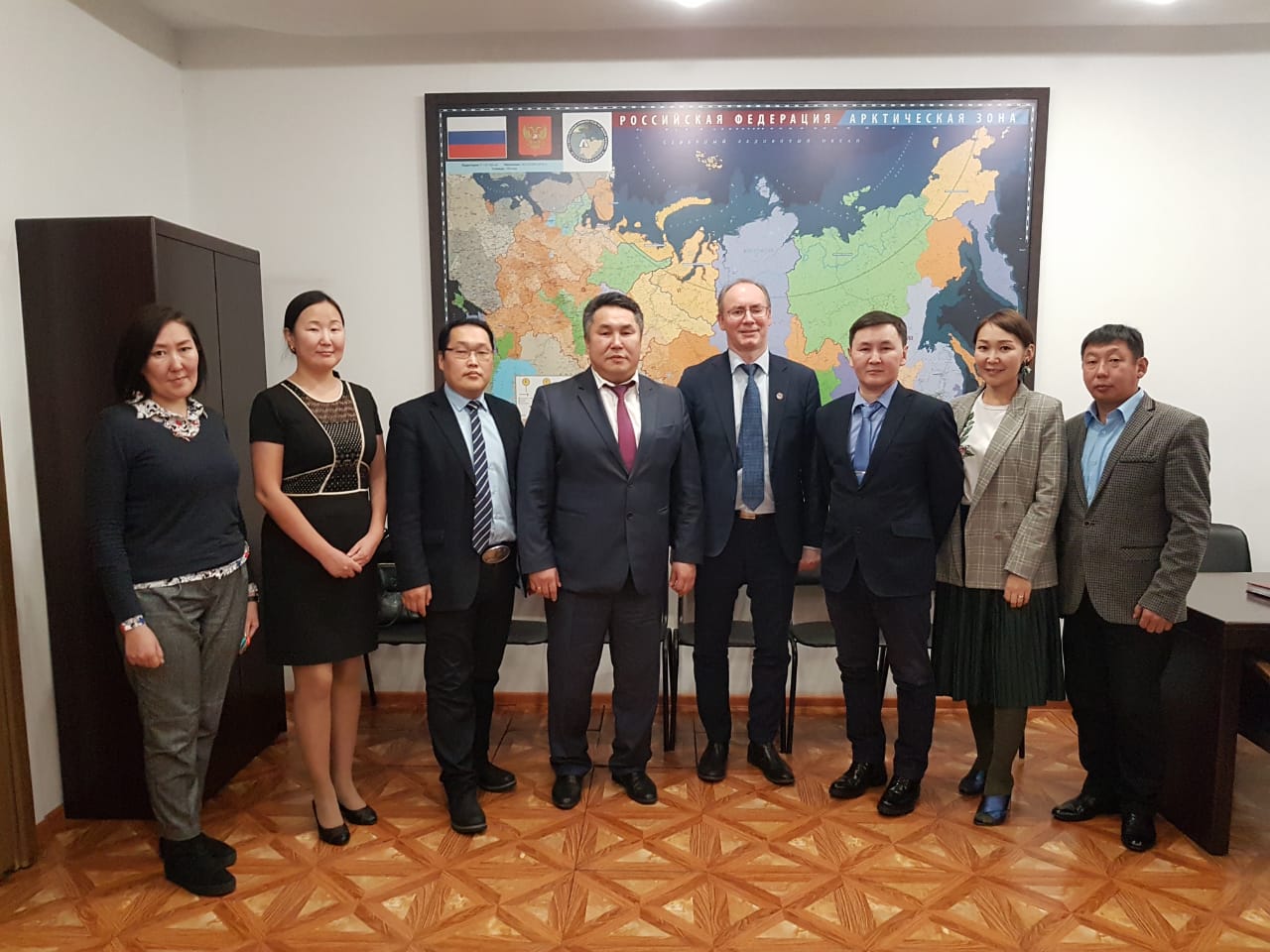 The lecture was organized by the UNESCO Chair of the NEFU, Association of World Reindeer Herders (WRH) and the Higher School of Innovation Management supervised by the Head of Sakha Republic (Yakutia).

Mr. Kjell Stokvik presented one of the transportation plans developed by the Center: “The Yamal Route” 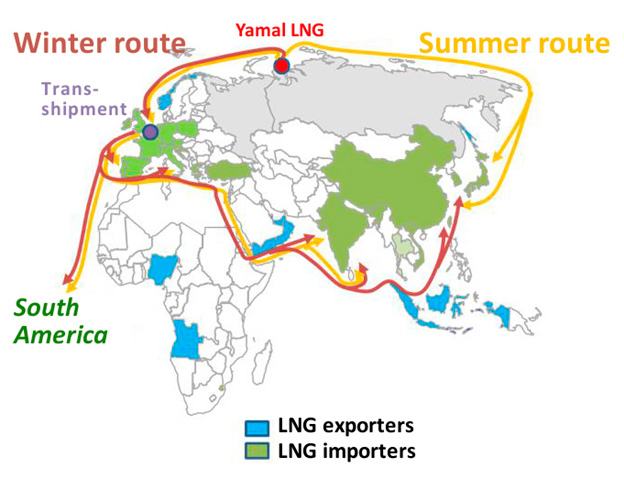 Using this route saves 40% of time and money compared to existing routes. In order to extend the navigation period, new icebreakers have been developed, these icebreakers move when ice thickness up to two meters. Mr. Stokvik noted that with the current trend of ice melting, an even faster and more cost-effective way is possible. “Changes are coming, and we must be ready,” he stressed. After that Mr. Stokvik invited everyone to visit the Center’s official website http://arctic-lio.com/, where interactive maps, information on cargo turnover, speed of movement, climatic difficulties of transportation on the Northern Sea Route are presented. 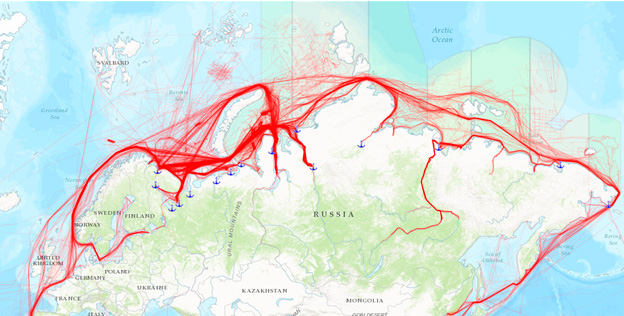 In addition to the development of the Arctic logistics, the Center is implementing a joint project with the Association of World Reindeer Herders on harvesting deer meat and other regional products “locally” and subsequent delivery to the world market passing numerous dealers. A handling of food and packaging of products is planned to be carried out directly by a “floating platform” specially designed for this purpose.

Mr. Kjell Stokvik focused on internship programs at the University of Bodo (Bodoe, Norway). He invited all students involved in logistics to apply for participation in educational programs of the university.

At the end, the lecturer was asked many questions on economic efficiency of the Northeast Passage, climate changing etc. Mr. Zhozhikov, Head of UNESCO Chair, asked about the depths of the Northeast Passage (because the shores of Yakutia are shallow). Mr. Stokvik replied: “Yes, we know about this problem, but investments will help make them deeper”. 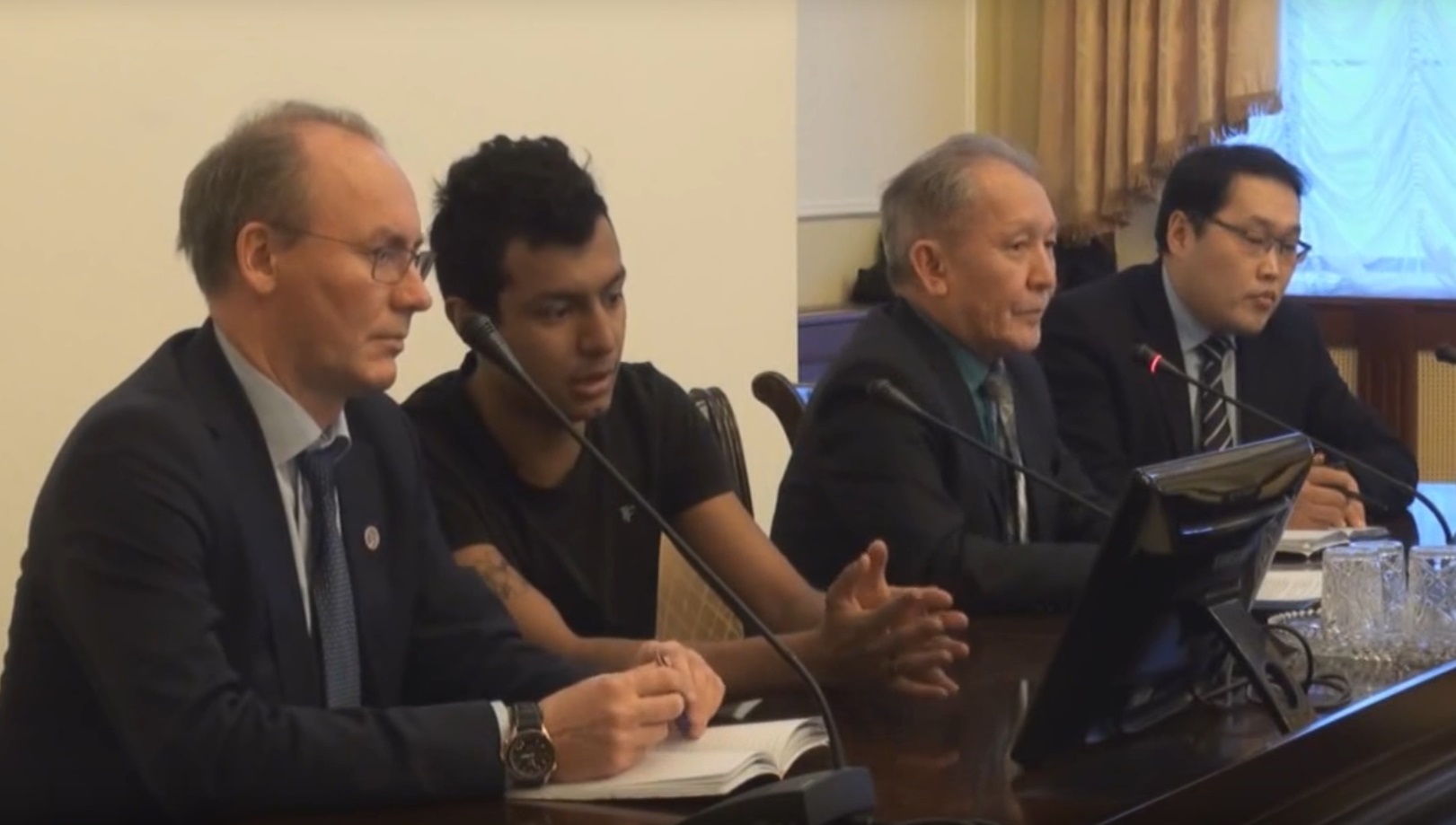 Mrs. Anna Shishigina, Higher School of Innovation Management, said that this seminar is the first step to systematic and sequential participating in the activities of the University of Arctic.

“We plan to participate in a project aimed at developing managerial competencies for representatives of small businesses - meat and fish producers from local materials. It is supposed to implement this idea with the support of the Northern Forum and its Executive Director Mikhail Pogodaev” she emphasized. 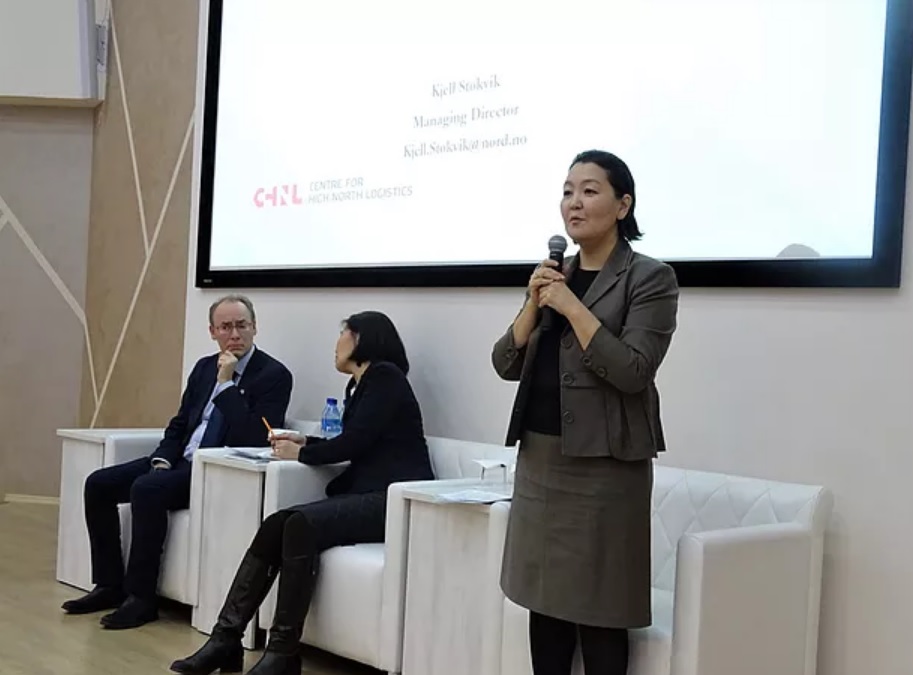 In addition, Mrs. Shishigina added that the development of the northern regions and their population today is impossible to imagine without scientific and educational diplomacy.

The questions were also tricky, for example, to the question "What do you think about the new military doctrine of the Russian Federation, which includes a militarization of the Arctic and the creation of special Arctic groups of troops?" Mr. Stokvik answered: ""The more military in the Arctic, the more rescue operations will end in success".

The lecture of Kjell Stokvik, Managing Director of the Center for High North Logistics (Norway), on the topic “Arctic Logistics. Development of the Northeast Passage”  is available at https://youtu.be/BqBAIY3tJZ8 .

With the First Deputy Minister of external relations and ethnic affairs of Sakha Republic (Yakutia) Vladimir Vasilyev, who spoke about the Republic’s participation in international organizations, projects, and prospects of cooperation in the Arctic, as well as creating a platform for discussing issues on the Arctic. Mr. Vasilyev and Mr. Stokvik touched upon possible cooperation through the University of Arctic, Northern Forum, Arctic Council, and NEAR. 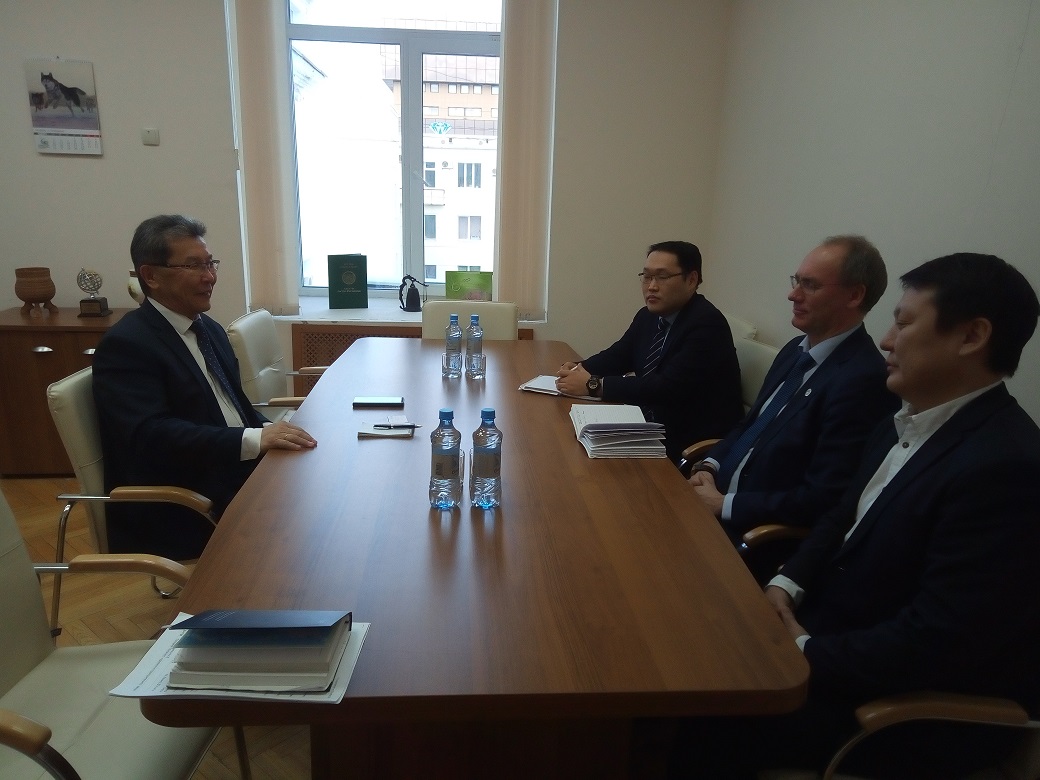 Mr. Stokvik also said that he wants to invite a group of Sakha Republic’s students to the Center for High North Logistics, talked about “Arctic dialogue”, which will be held on April 1-5, 2019, in Bodo, Norway, and noted the possibility of cooperation between organizations, research institutes and government agencies in order to organize workshops to discuss and develop project ideas, case studies, etc.

Later Mr. Stokvik has a meeting with the First Deputy Minister of Transport and Roads of Sakha Republic Sergey Vladimirov.

Mr. Stokvik visited Zhaitaysky shipyard and ferry crossing. He looked at how icebreaker works on the ferry across the Lena River. 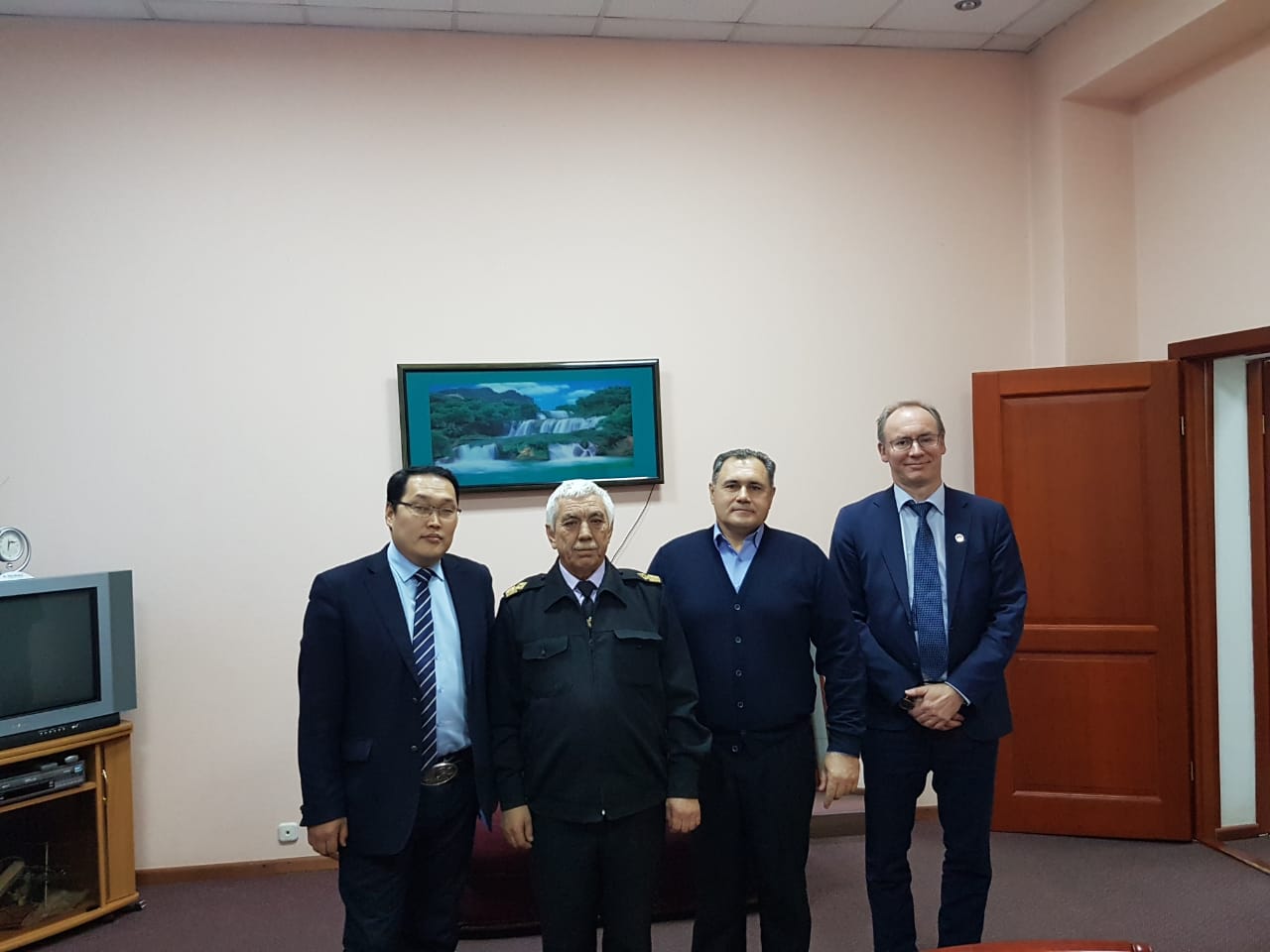 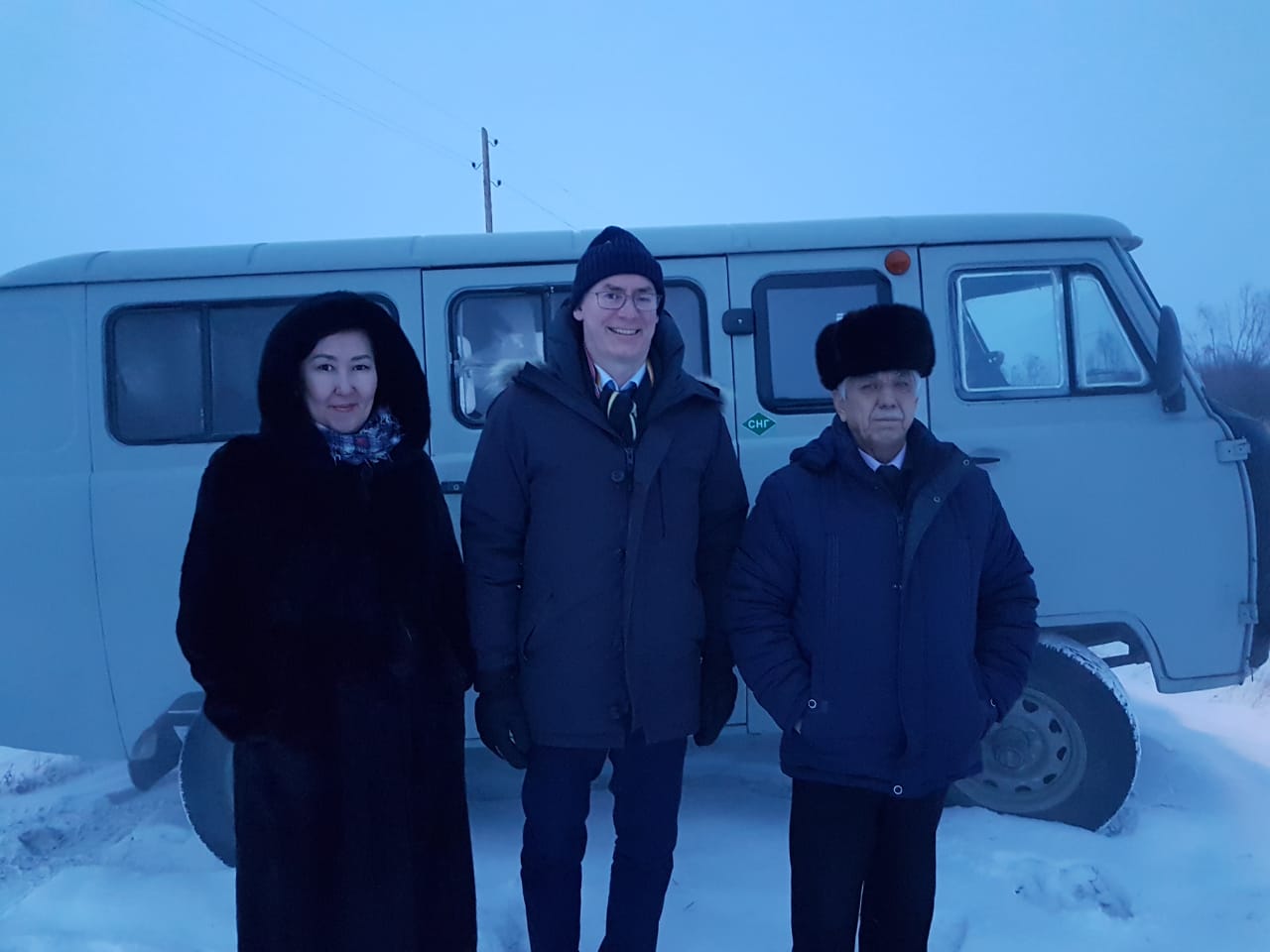 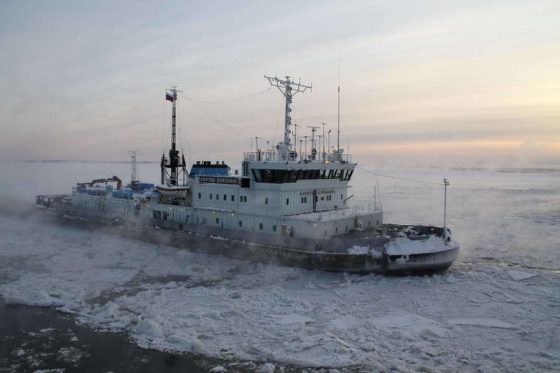 At the end of the day, Mr. Kjell Stokvik has a meeting a State Committee of Yakutia for the Arctic. The development of the Northeast Passage and traditional sectors of the North, the output of traditional products to foreign markets were discussed.