Development of renewable energy and globalization in the Arctic region 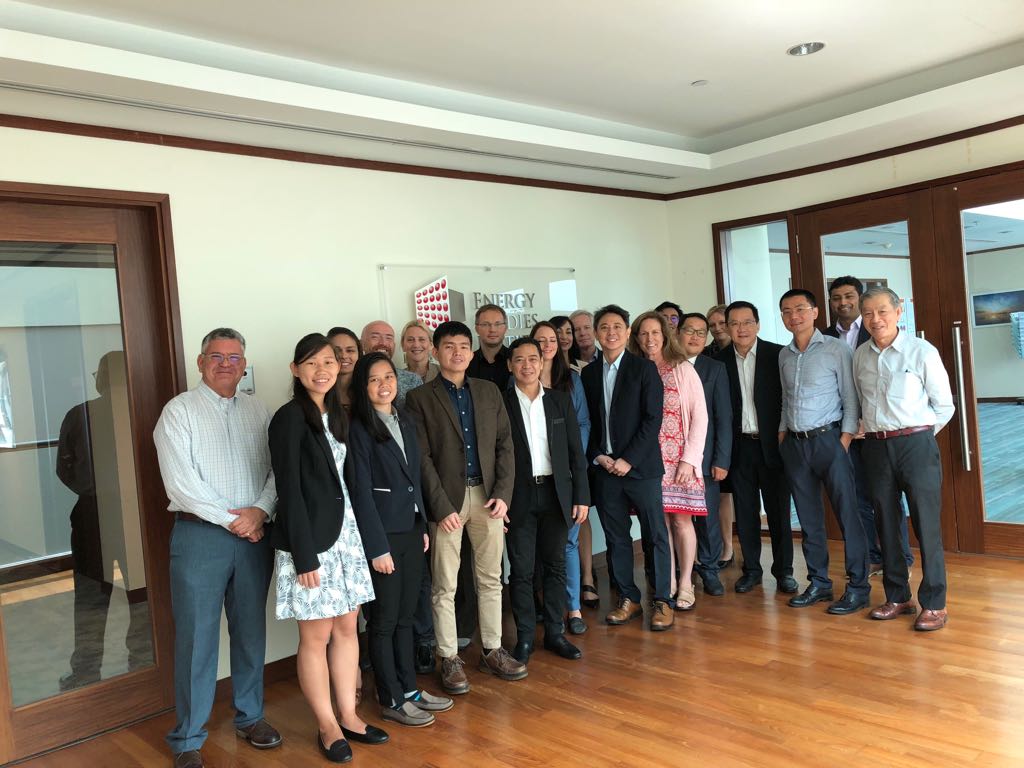 August 29-31, 2018, the International seminar "Atlas of renewable energy in the Arctic " was held by Singapore National University on the project of the Arctic Council AREA with the participation of representatives of the Arctic states: USA, Canada, Russia, Norway, Finland, Iceland, Sweden, as well as experts from countries of Southeast Asia - Singapore, Philippines, Myanmar, Indonesia. This project was initiated by the United States, Canada, and

Gwich'in Council International (GCI) and one of projects of the Arctic Council Working Group on Sustainable Development.

The seminar supported by the Ministry of Foreign Affairs of Singapore and organized by the Energy Studies Institute, National University of Singapore, in cooperation with the SDWG AREA project management is working towards how to effectively use a renewable energy in Arctic regions.

In the recent years, Singapore has been contributing to the work of this international intergovernmental forum by supporting various Arctic Council projects in the conservation of Arctic flora and fauna, and as one of the observers in the Arctic Council, was contributing to the education and sustainable development in the Arctic. The Energy Studies Institute, Singapore National University, is doing a great deal of research on issues related to climate change, transit energy and the use of new technologies in the field of renewable energy sources, including in extreme Arctic conditions.

In the context of growing globalization in the Arctic, human activities are expected to increase as the region becomes more accessible and the growing demand for energy is rising. The sustainable problem of transitional energy for the people in the remote communities are common throughout the World. As an example, in many remote settlements in Southeast Asia, as in the Arctic region, the population is cut off from the main power grid and refers to an isolated energy system. Therefore, the problem is to develop technologies that would allow the operation of isolated energy systems in the remote areas based on environmental clean energy sources would be affordable, reliable, and easy to operate. In addition to the technological system itself, a proper and effective management structure is necessary. The association of relevant organizations in the Arctic and beyond to support science and technology cooperation, as well as exchange of best practices in the field of energy management, is one of the ways to solve common energy problems. 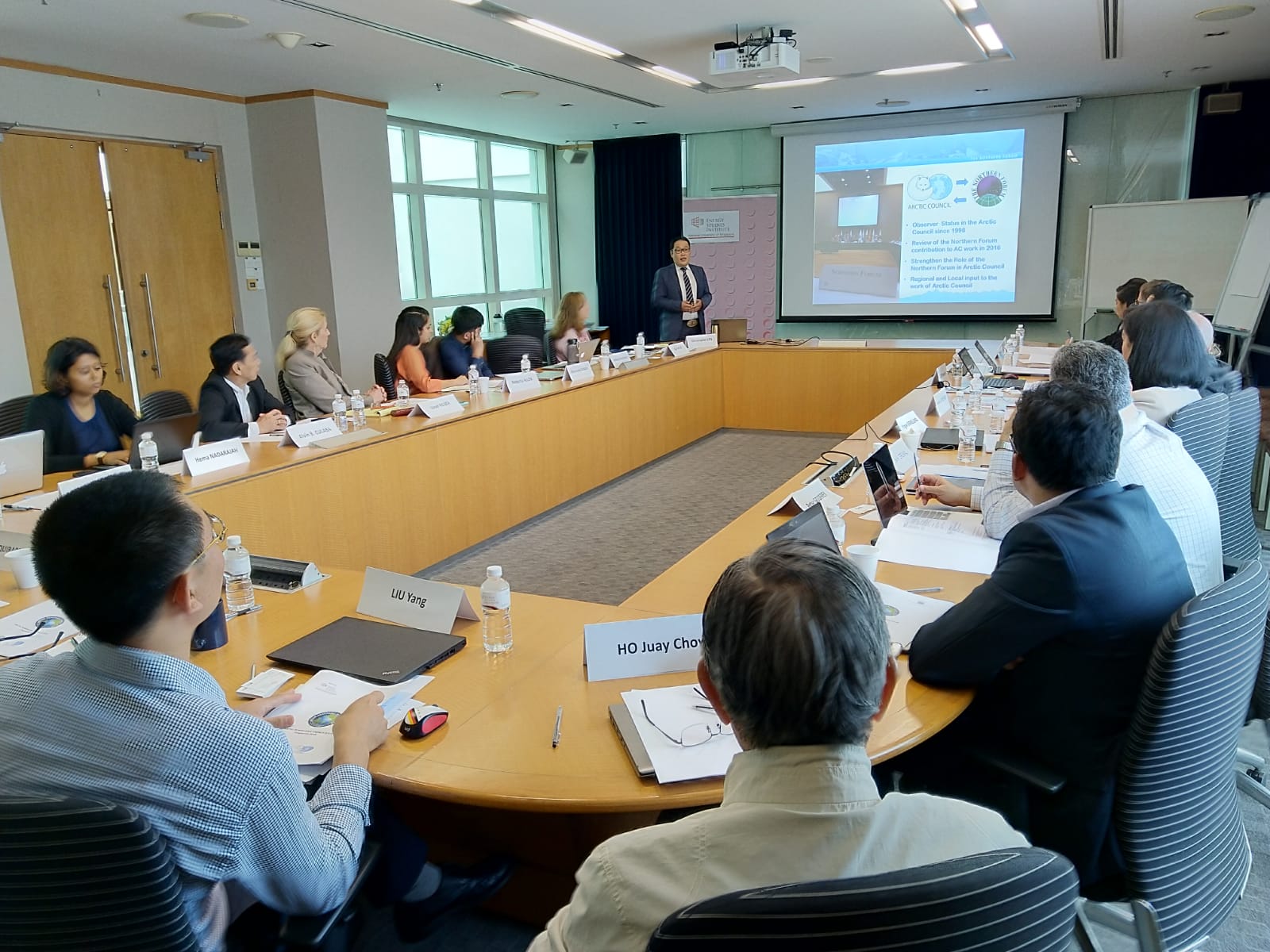 During the seminar, participants shared their experience in the field of development of renewable energy in the Arctic and in the countries of Southeast Asia, and also discussed the prospects of the AREA project. Participants came to the conclusion that, despite the great differences between the Arctic states and the countries of Southeast Asia, there are many common problems. First of all, we are talking about remoteness from the central power networks, the use of expensive diesel fuel for energy generation, the isolated, "island" principle of locating settlements and, accordingly, energy infrastructure facilities. Also, extreme climatic conditions (low temperatures in the Arctic and frequent hurricanes in the Southeast Asia), a high level of tariffs for energy services, a low level of development of the overall infrastructure, the availability of indigenous people leading a traditional way of life, etc. 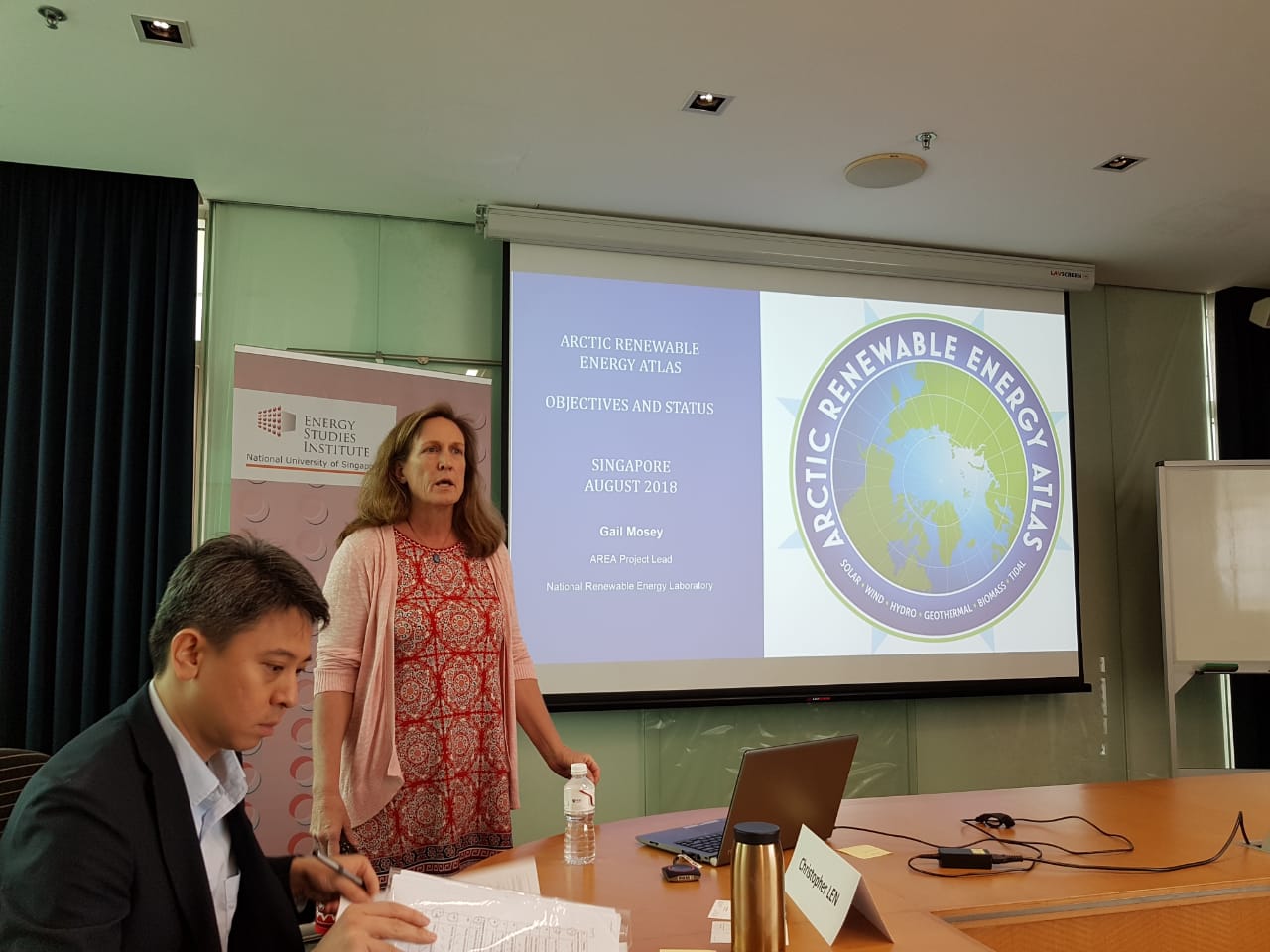 One of the participants of the AREA project is the international organization of governors of the northern regions "Northern Forum" and the Executive Director of the Northern Forum Mikhail Pogodaev gave a presentation, where he he talked about international cooperation between the Northern regions and told about its main projects, including the development of renewable energy in an isolated and remote northern settlements. The governments of the northern regions are directly interested in developing infrastructure in their territories and doing a great job of ensuring access of the population of the North to energy and heat networks. At the same time, it is very important to exchange with gained experience and best practices in the area of renewable energy development. 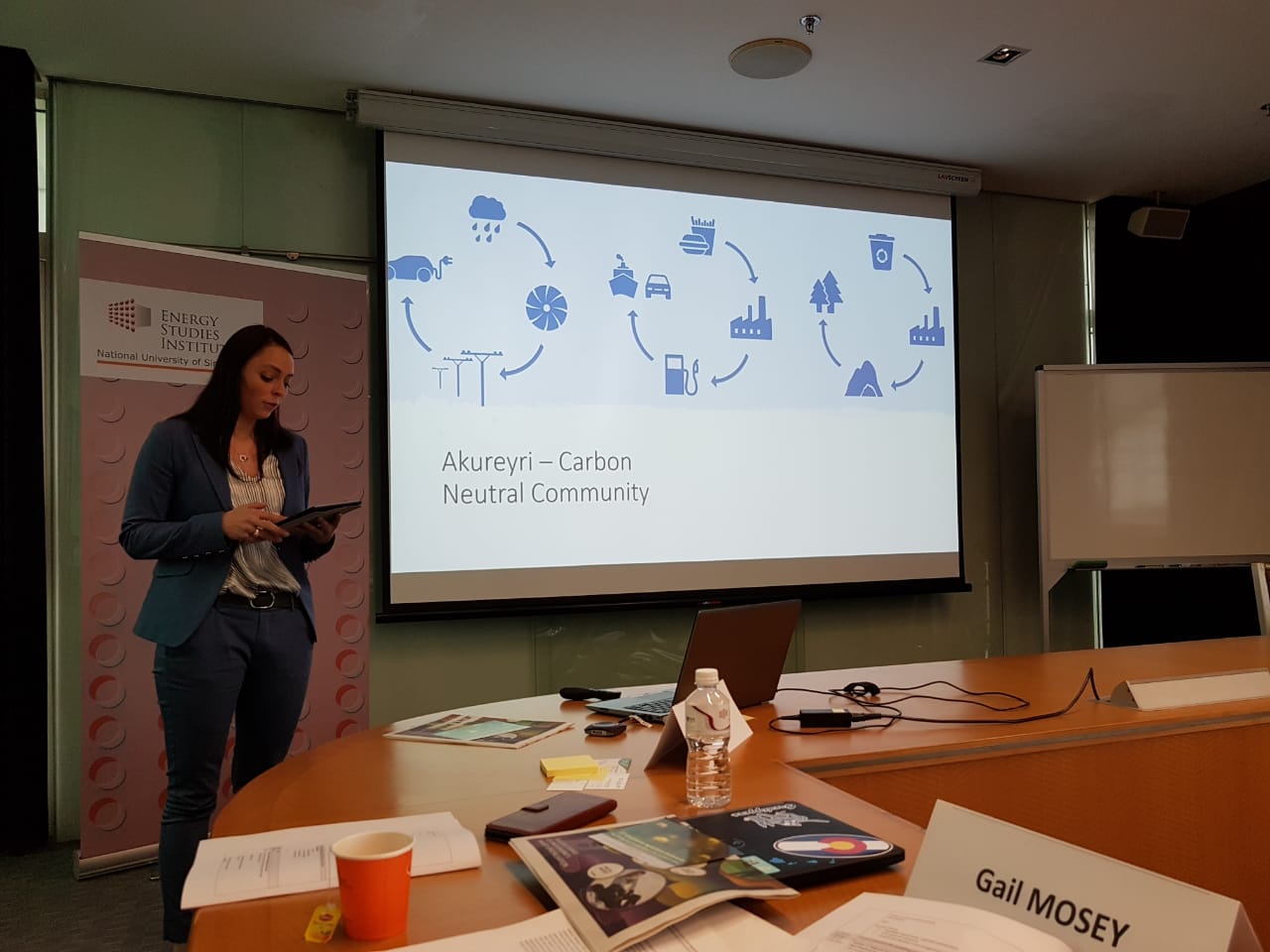 The Northern Forum has long been engaged in projects for the development of alternative energy. The Northern regions of the Scandinavian countries, Canada, Alaska and other Russian regions, including the Republic of Sakha (Yakutia), the Khanty-Mansiysk Autonomous Okrug, the Kamchatka Krai, the Murmansk Region, the Nenets Autonomous Okrug, the Yamalo-Nenets Autonomous Okrug and others have a great positive experience in the development of renewable energy. It should be noted that the top ten countries with the best indicators for the use of alternative energy are the 5 countries of the Arctic Council, mainly from Northern Europe. The first ranking country is Iceland, where about 80% of consumption falls on renewable energy sources.

However, there still are problems with the introduction and use of renewable energy sources, which are related to the technical problems of operating RES facilities in the conditions of extreme climate, low temperatures, strong winds, insufficient solar radiation in some regions, generally low efficiency of alternative energy, etc. In addition, according to Mikhail Pogodaev, in terms of sanctions against Russia, the Northern regions and energy companies find it more difficult to find financial resources for the development of renewable energy. Therefore, it is necessary to ensure that tense international relations have as little impact on cooperation in such important issues as securing remote northern settlements, in which indigenous people of the North, electricity and heat often live. After all, this includes, among other things, global challenges to reduce carbon dioxide emissions through the development of renewable energy, which is also the contribution of the Northern regions to the objectives of the Paris agreement on climate change.

Participants also discussed the issues of improving international, national, regional and local legislation in the field of tariff policy, regulating the development of renewable energy and sharing experience in this area.

It should also be noted that in August 2016, the Energy Studies Institute, Singapore National University, sponsored an international conference on "Energy and Globalization in the Arctic: The Role of Science, Technology and Management". This conference brought together experts in the field of energy development in the Arctic region and Southeast Asia to discuss a number of issues related to providing affordable energy for sustainable development of the Arctic. It was about improving the management of the energy sector in the context of transition to new sources of energy, providing broad access to energy in remote Arctic settlements, to the maritime infrastructure and ensuring shipping for the transportation of energy, the development and implementation of new innovative technologies in the field of energy and the creation of competencies in the field. 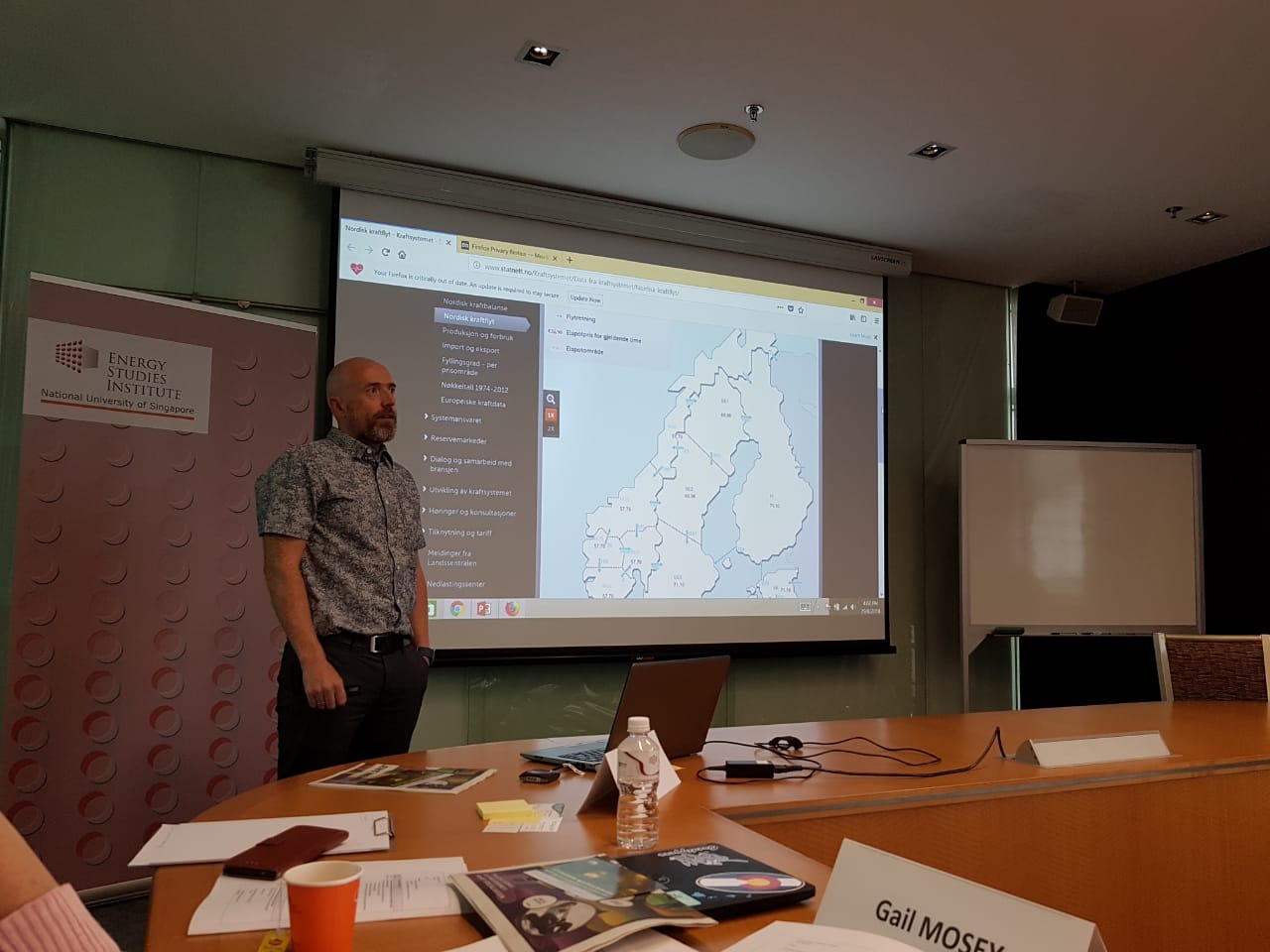 The general topics of the conference included issues related to a comparative analysis of the functioning energy in the context of transformation processes in the Arctic countries and countries of Southeast Asia; access to energy in remote areas; development of renewable energy sources; the creation of conditions for the development of maritime infrastructure and navigation for the transport of energy resources; sustainable development of remote communities, as well as the role of science and technology. 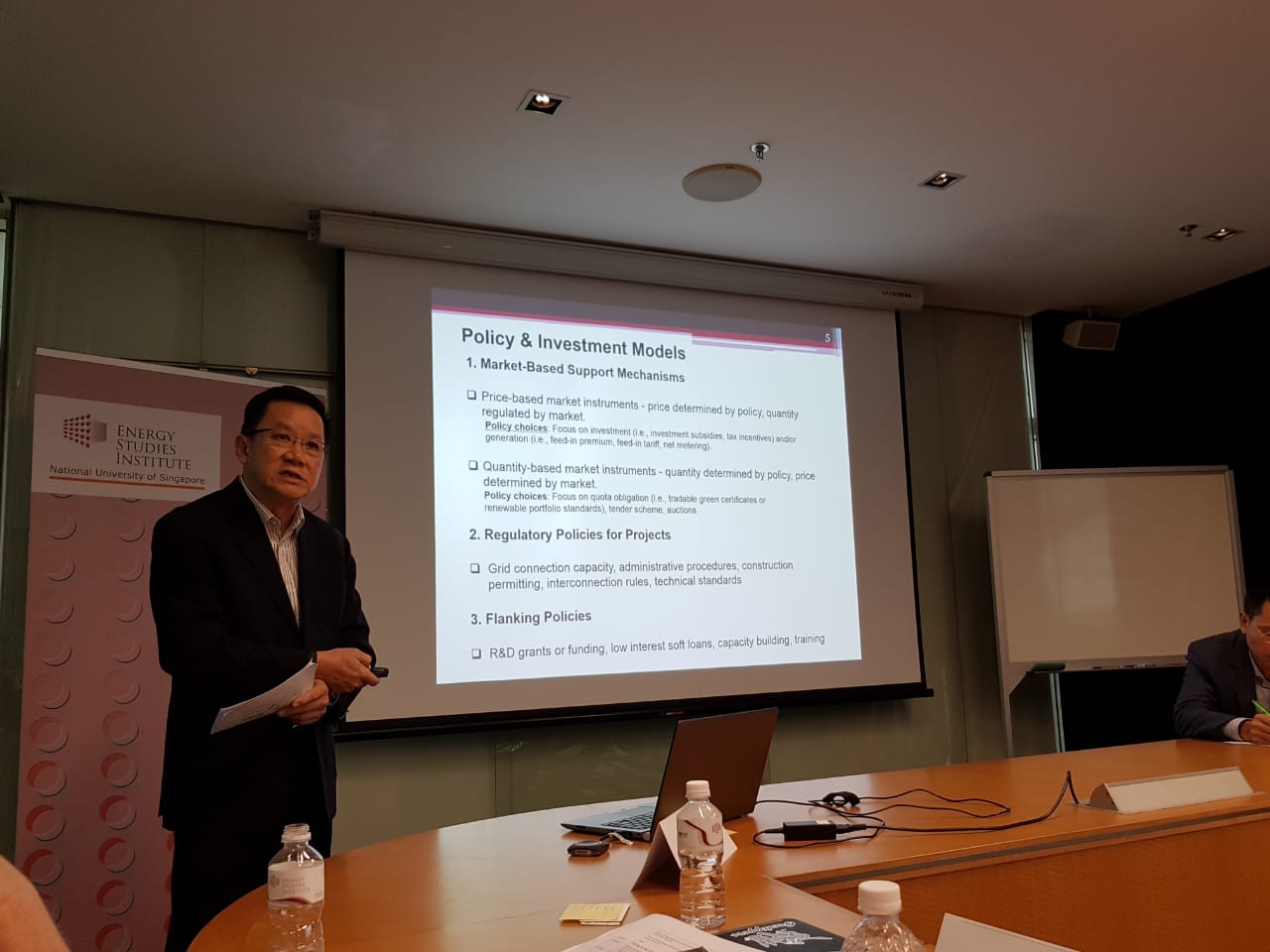 The Executive Director of the Northern Forum, Mikhail Pogodaev met with Mr. Sam Tan, the Minister of Human Resources of the Chancellery of the Prime Minister of Singapore, the representative of Singapore in the Arctic Council, cooperation between Singapore and the Northern Forum on various topics within the framework of the Arctic Council. They discussed the cooperation in education, sustainable development and conservation of northern nature. In March 2018, the President of the Association of Indigenous Peoples of the North invited Mr. Sam Tan to visit Salekhard and be a guest of honor in the meeting of the Council of the Association "Reindeer Herders of the World", where Mr. Sam Tan was able to get acquainted with the indigenous people of the Arctic. 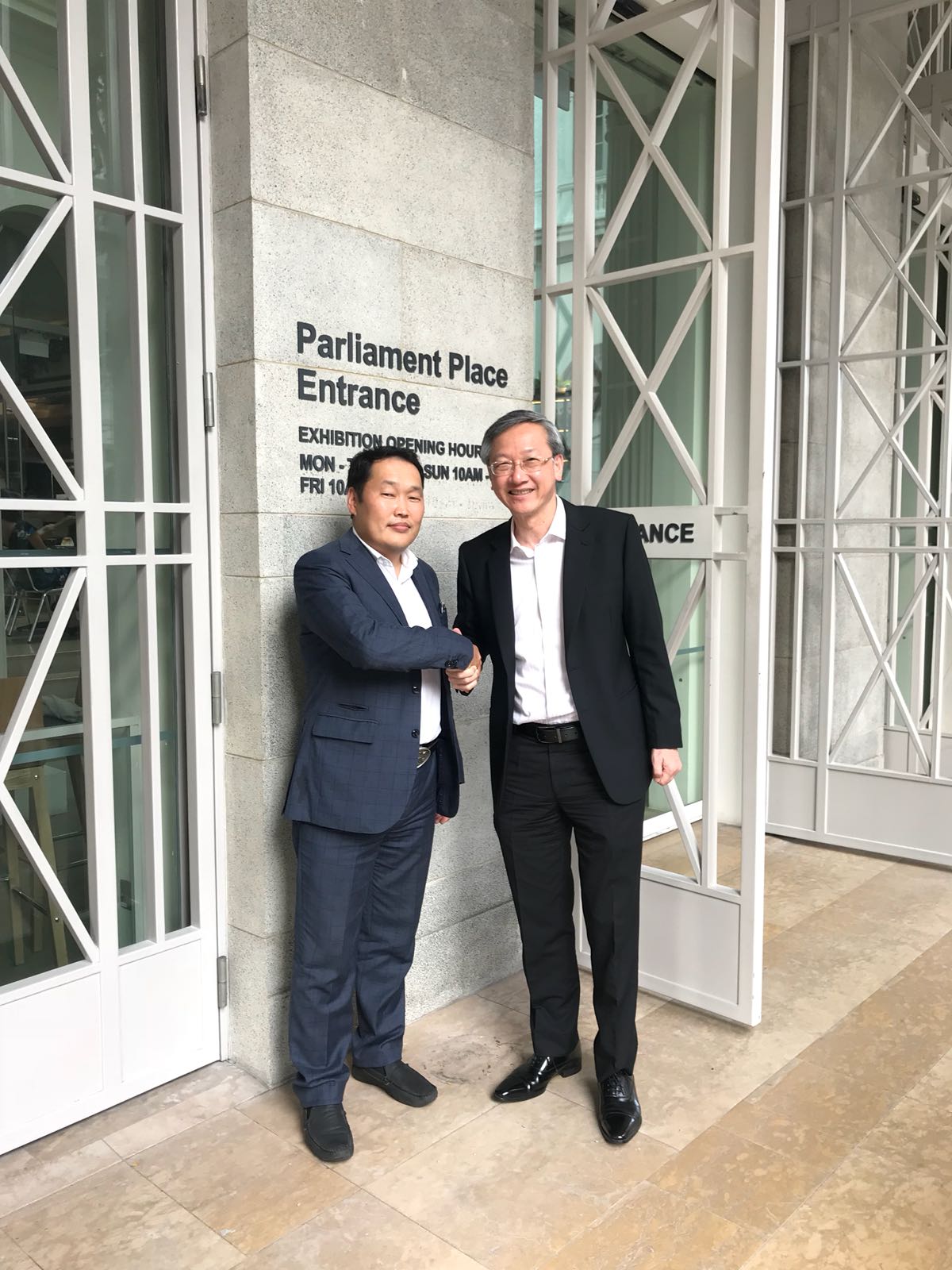