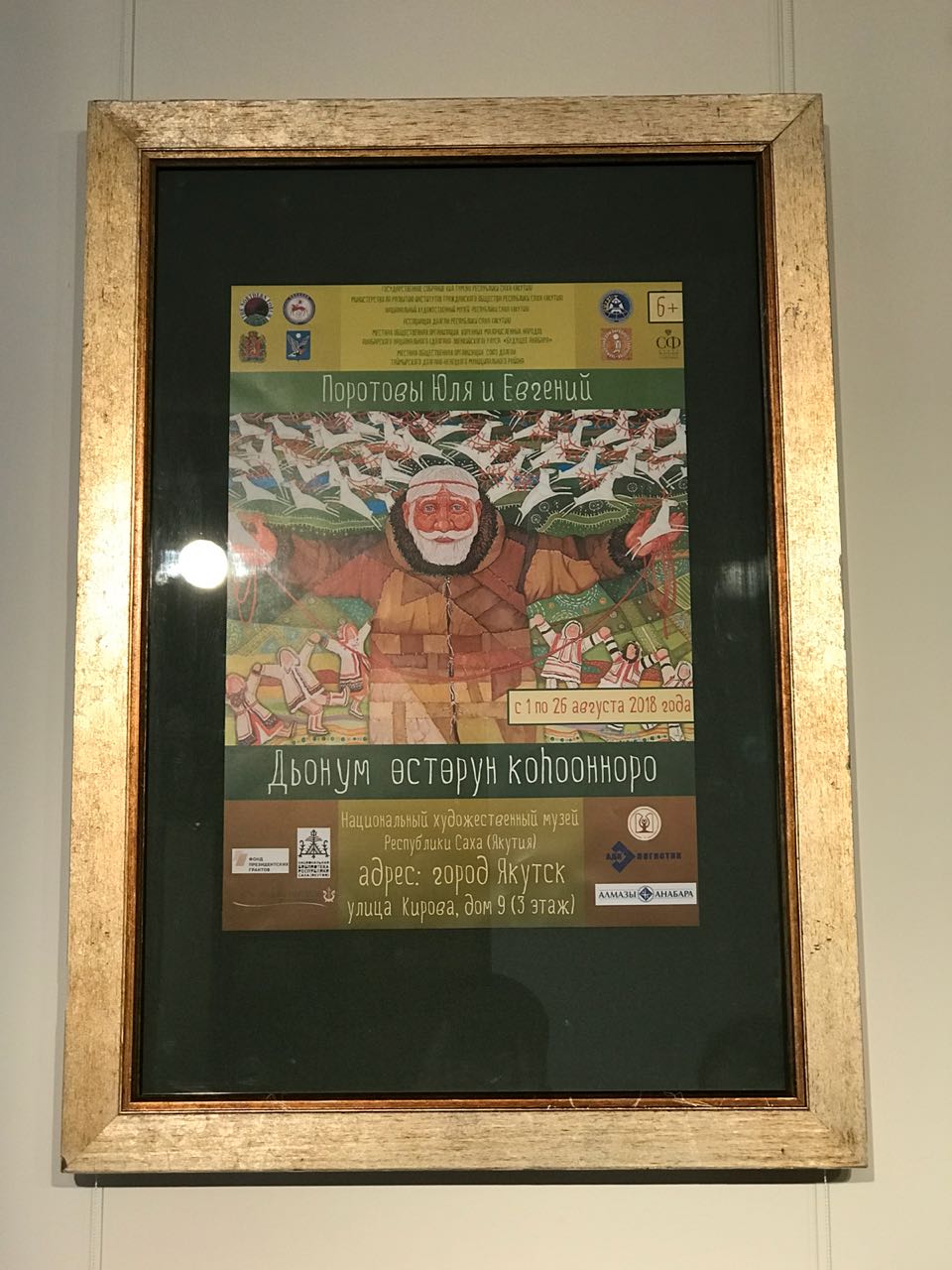 On August 1, 2018, the National Art Museum of the Republic of Sakha (Yakutia) is opening the exhibition “Djonum esterun kosoonnoro” (from Dolgan language to English “My family’s proverbs”) by young artists Julia and Eugene Porotovs.

Andrei Klishas, the Chairman of the Federation Council Committee on Constitutional Legislation and State-Building, financially supported the organizing of the exhibition, he is the representative of the executive authority of the Krasnoyarsk Krai. 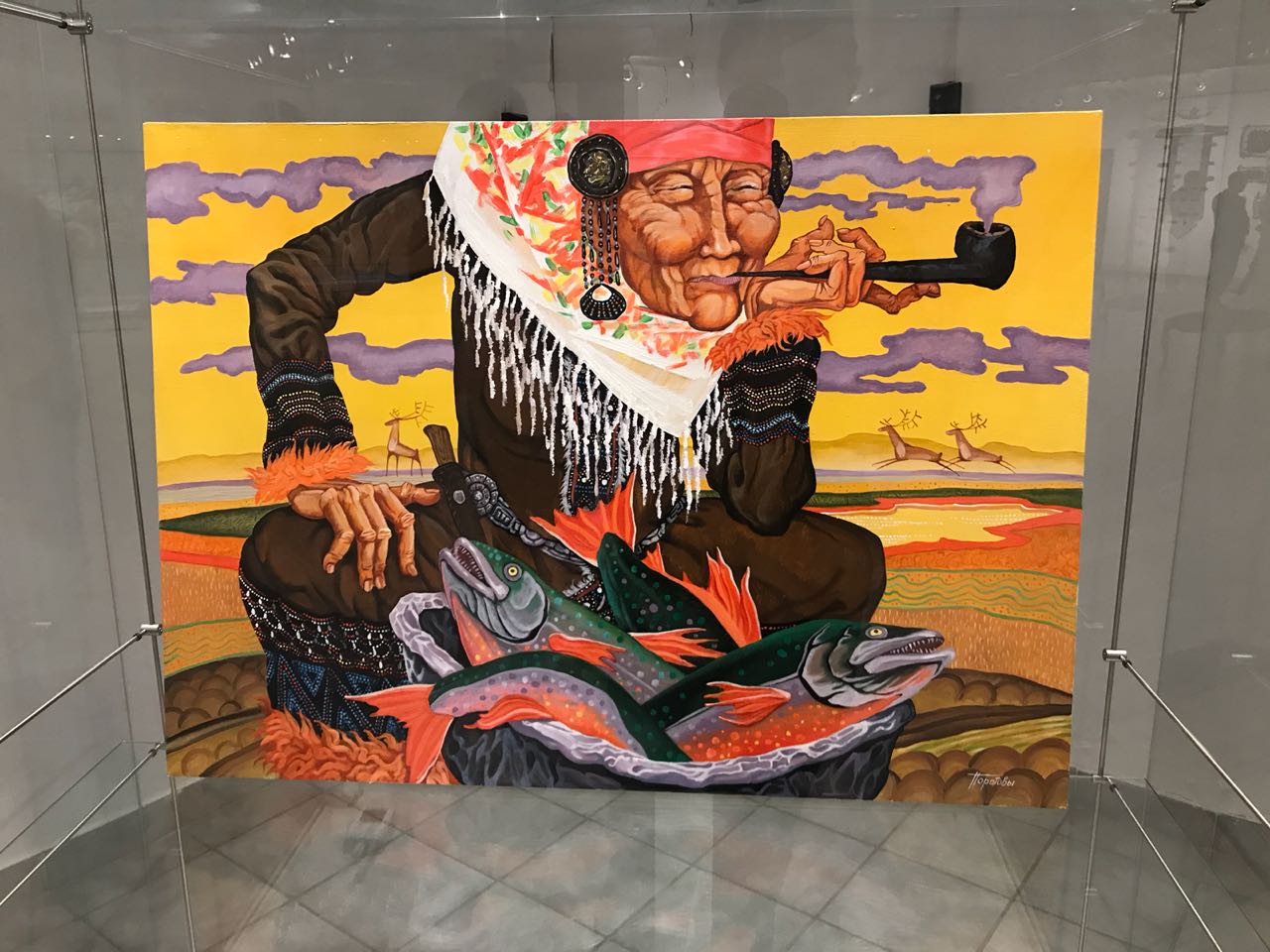 "My grandmother is smoking a pipe"

Porotovs are rapidly conquering the art world in Russia and abroad – five to six exhibitions per year, participation in the international and Russian competitions. One of the last works of Julia and Eugene "My grandmother is smoking a pipe" was internationally recognized in Norway at the Sami Art Center (2014), the picture was a symbol of the international music festival Riddu-Riddu (Norway, 2015). In September 2015, Porotovs presented Russia at the VII International Biennale in Beijing. Their work "Musmostar" from the series "Rovduga" received international recognition.

In June 2018, “Djonum esterun kosoonnoro” were first presented in Yakutsk in the Small Hall of the State Assembly (Il Tumen) of the Republic of Sakha (Yakutia). 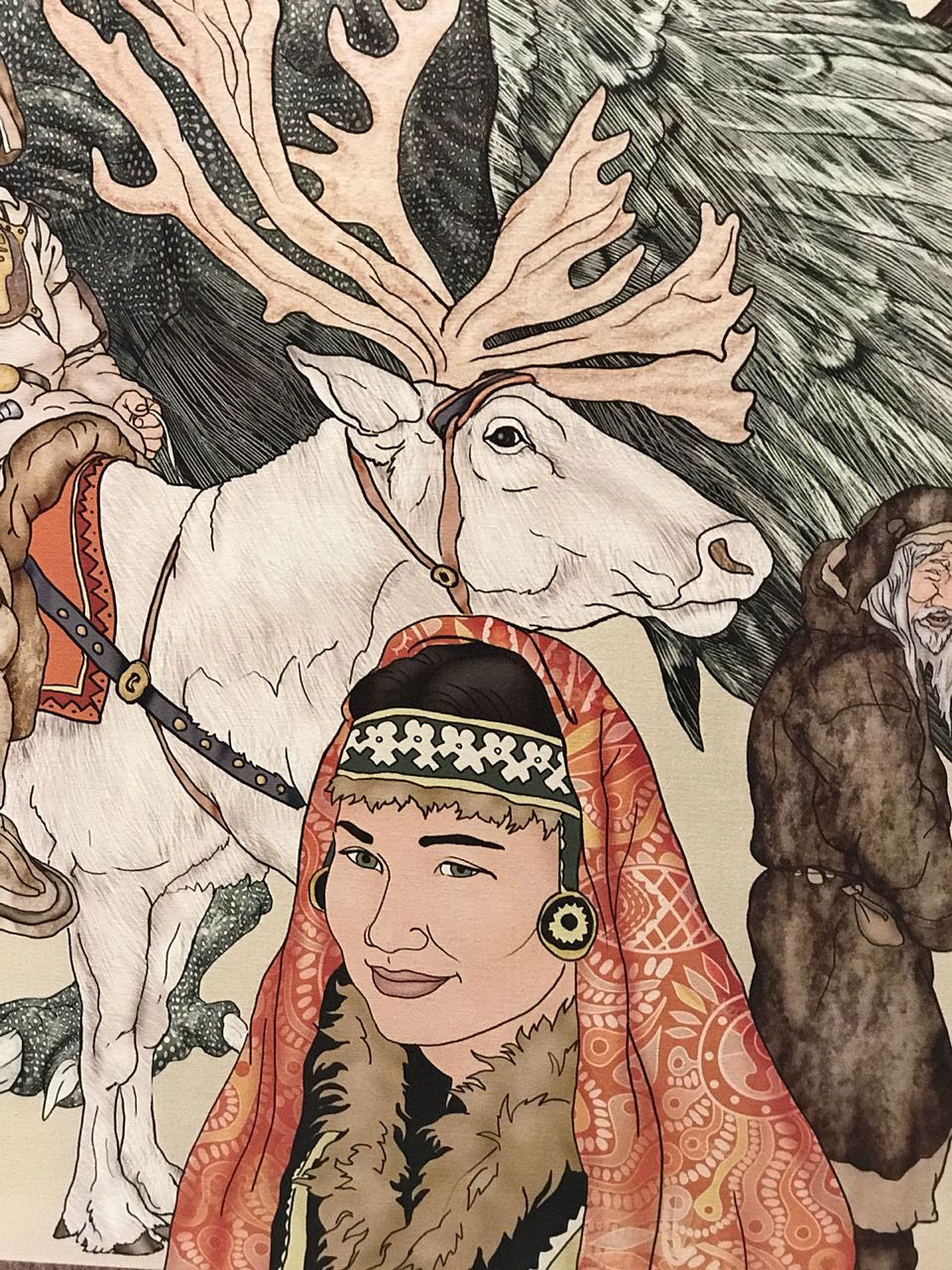 Guests of the exhibition are welcomed by the pleasant discoveries, as of today, Porotovs are among the leading illustrators in Russia. “Alive” and “fabulous”, whether it's a Taimyr landscape or colorful characters of the magical North, one will be amazed by emotional saturation in the paintings. Peering into the image and feeling the gusts of wind and admiration of the force, not inclined before obstacles, this already speaks about the authors’ skills. When the viewer does not think about how it is written, but begins to live its plot. The artists create their work in Krasnoyarsk, but still strongly connected with Taimyr and its soul.

Eugene was born in the small village Syndasco, Taimyr (a peninsula in the Far North of Russia). Eugene was listening to ancient folk tales from his childhood. Perceiving legends as stories from life and drawing pictures in his imagination, the heroes of legends, Eugene could even imagine meetings with them, the pictures of it was vivid. All this has deeply sunk into his soul and still harbors his creative intentions. Tales and legends from childhood, the artist depicts in his paintings. Julia and Eugene met in the institute, where she came from Barnaul, the place she was born and grew up. Turning to the history of Siberian culture, both found much in common in the works of the ancient indigenous peoples of Taimyr and Altai.

Julia and Eugene Porotovs work closely together, harmoniously complementing each other. Their collaboration is the presentation of surprise and admiration, as what attracts Julia inevitably becoming the interest of Eugene as well.

“Djonum esterun kosoonnoro” – the third personal exhibition in Yakutsk. The other two events were held in June and July 2018 in the building of State Assembly (Il Tumen) of the Republic of Sakha (Yakutia) and in the Art Gallery "Urgel". This exhibition will be accompanied by the author's applied arts. The legends of the North in fairy-tales in the magical works of artists, you can buy them for yourself as a gift.