"Model of the Northern Forum" business game was held in Yakutsk 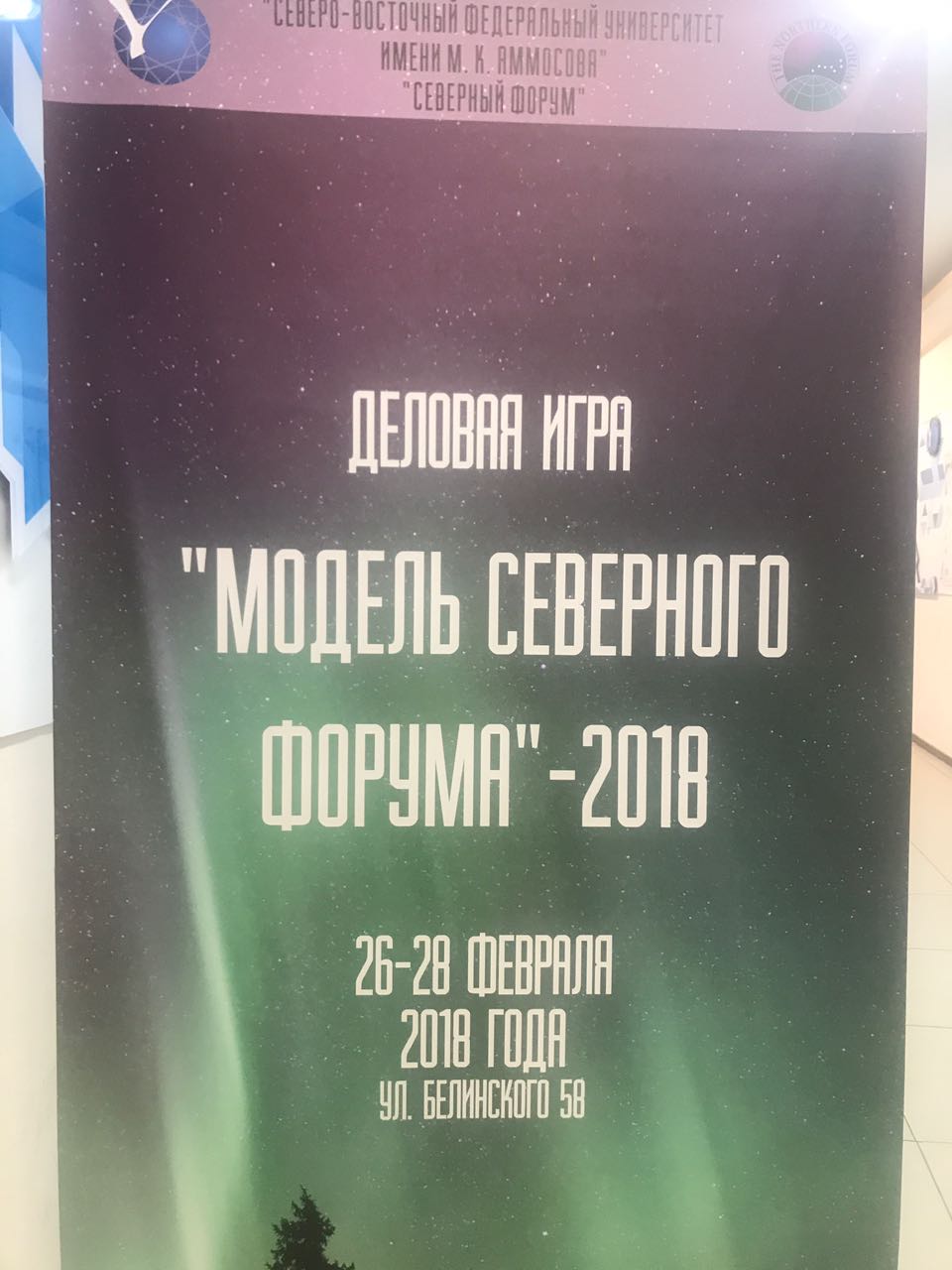 The “Model of the Northern Forum” is an exciting business game, during which the participants reproduce the work of the real Northern Forum for several days. There will be five working groups at the event:

- Development of Energy in the North Working Group;

- Assessment of Quality of Life in the Arctic regions Working Group;

- Transportation in the North Working Group;

The ultimate goal of each group is to develop a project under the working group’s action line, which will be later presented at the closing of the event. 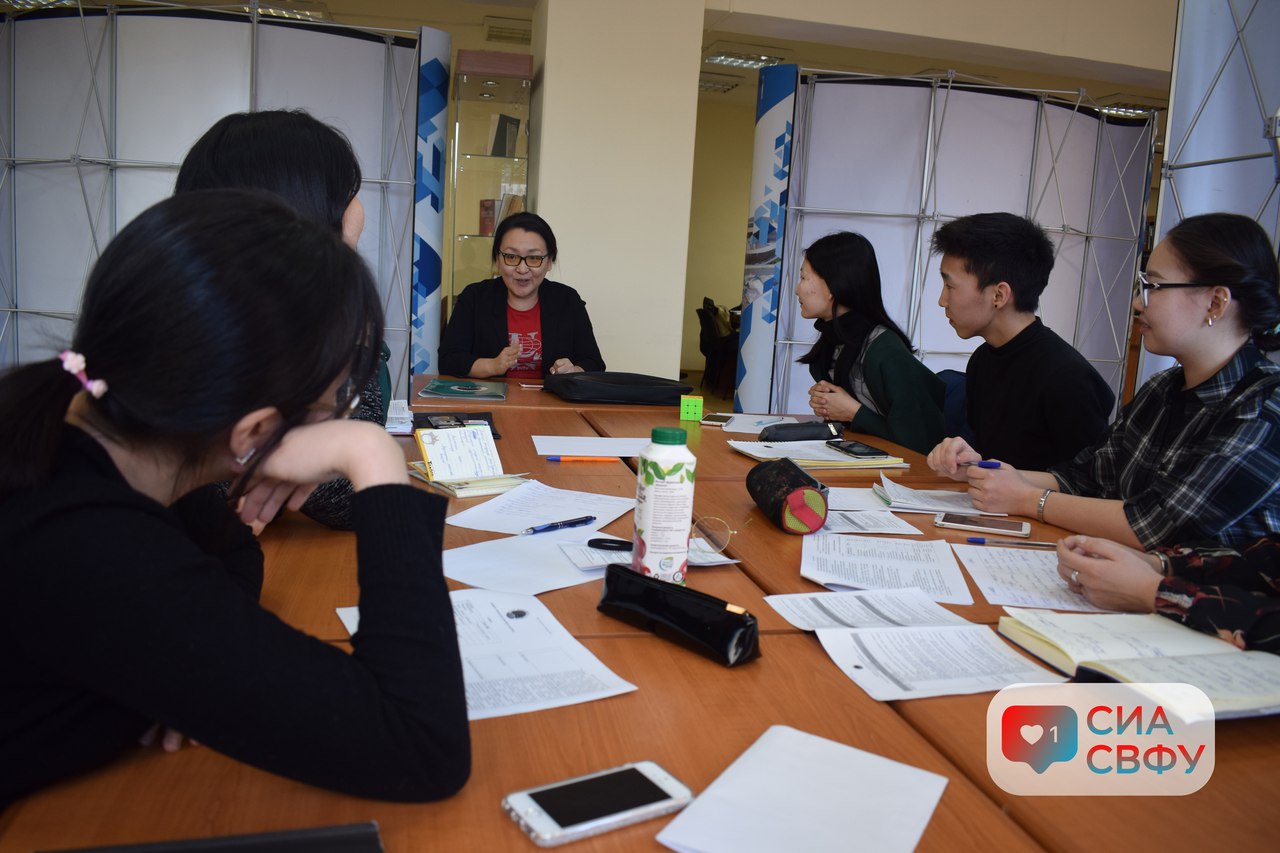 Business games foster cognitive and professional motivations and interests among future professionals, systems thinking, individual and joint decision-making skills, as well as responsible attitude to work, respect for team and social values as a whole. Thus, this event is relevant and significant step for bringing up competitive and competent future professionals. 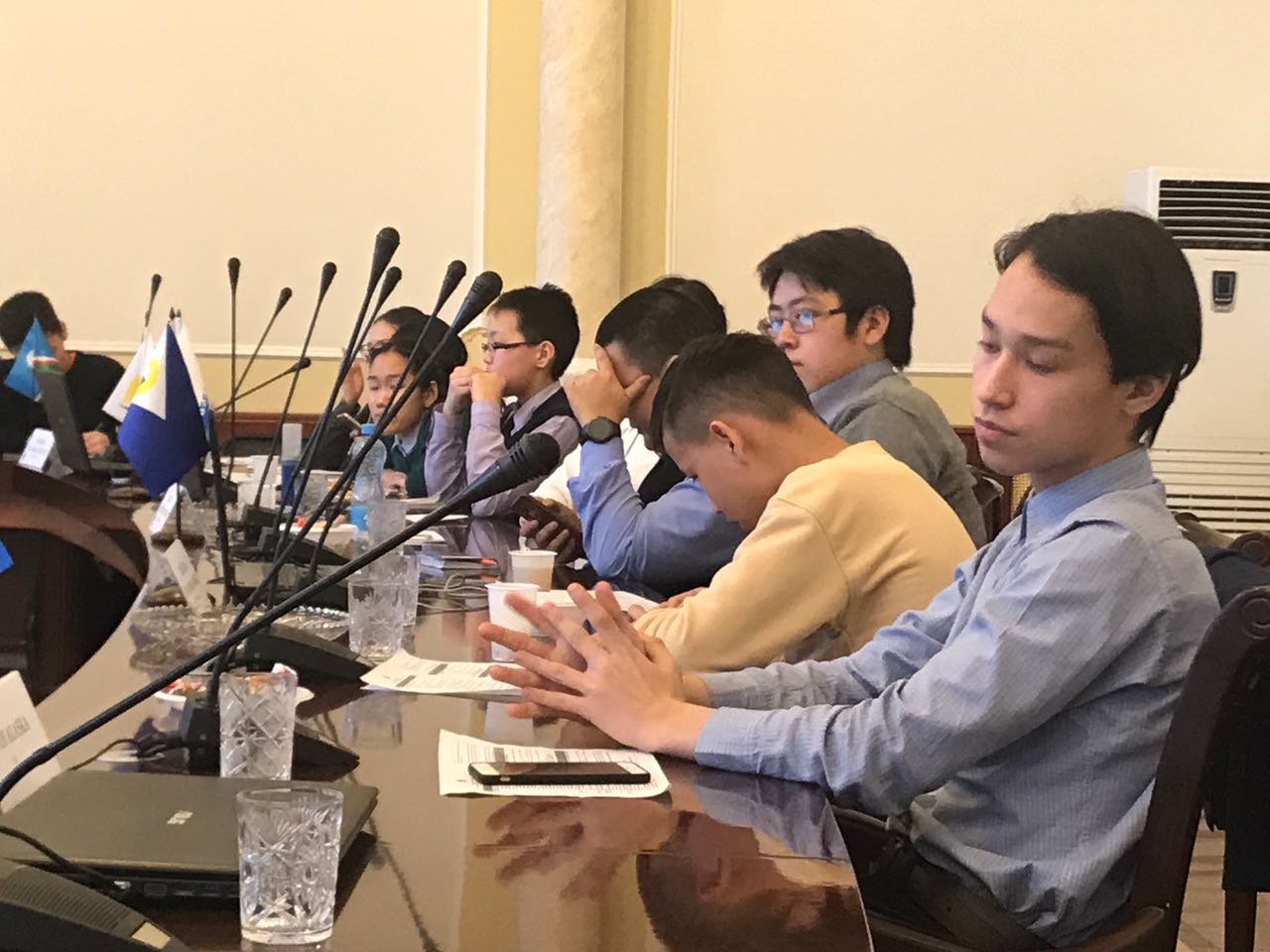 “Model of the Northern Forum” business game started on February 26, 2018 in the North-Eastern Federal University (NEFU) among 6 to 11 grade school and university students. The event was organized by a joint initiative of the Northern Forum and NEFU and, and was moderated by the NF Executive Director Mikhail Pogodaev and the fourth year student of NEFU Foreign Philology and Regional Studies Institute Parilova Varvara. The opening ceremony was attended by the NEFU Vice-Rector for Humanitarian Education and Corporate Policies Zaykova Nadezhda, First Deputy Head of the Department of External Relations of Sakha Republic (Yakutia), member of the NF Transportation in the North Working Group Stepanova Diana, First Deputy Minister of Education and Science of Sakha Republic (Yakutia), Chair of the NF Education and Research Working Group Gabysheva Feodosiya, as well as Associate Professor of the Department of International Studies of the NEFU Foreign Philology and Regional Studies Institute Maksimova Daryana. 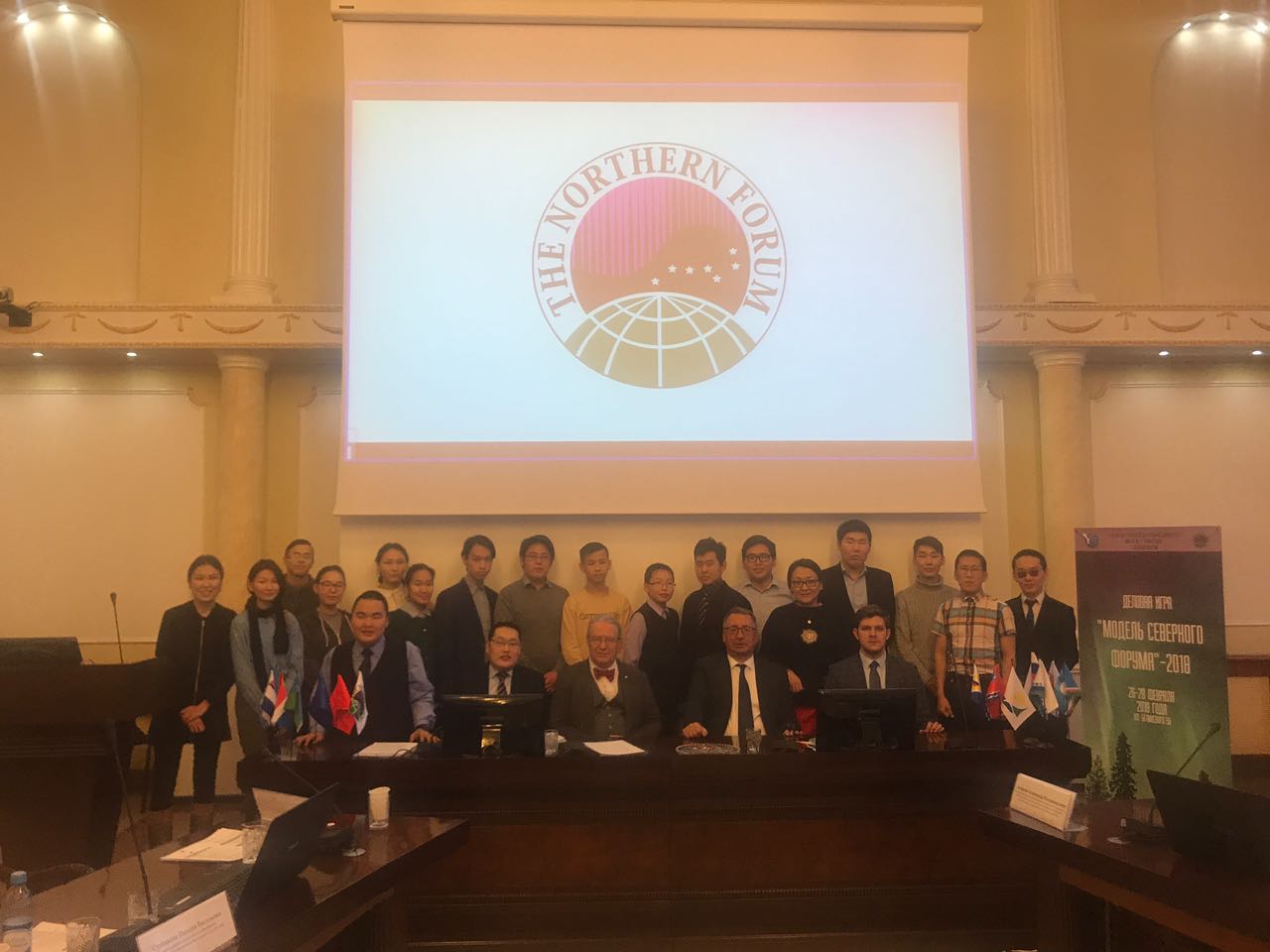 After lunch, leading Arctic experts gave a short series of lectures. The first lecturer was Mikhail Pogodaev with a speech on the Northern Forum’s Development Priorities and Prospects. He was followed by Lars Kullerud, UArctic President, and Svein Mathiesen, Professor of the University of Tromsø, Head of the UArctic Institute of Circumpolar Reindeer Husbandry. Experts discussed with the audience the issues of international cooperation in the field of education, as well as local production and import substitution issues. Minister of Transport and Roads of Sakha Republic (Yakutia), member of the NF Transportation in the North Working Group Vinokurov Semyon told the students in detail about the peculiarities of transport development in the North. Danilova Natalia, Executive Director of the regional public organization for the development of Arctic regions “Yakutian Arctic” of Sakha Republic (Yakutia) made a presentation of the Arctic Express project. Agarkov Aleksandr, Acting Head of the Energy Department of the Ministry of Housing, Public Utilities and Energy of Sakha Republic (Yakutia) briefly told the participants about the work of the Ministry, followed by a presentation on Alternative Energy Sources. Sitnikova Natalia, Head of the General Education Department of the Ministry of Education of Sakha Republic (Yakutia), presented the International Arctic School project. 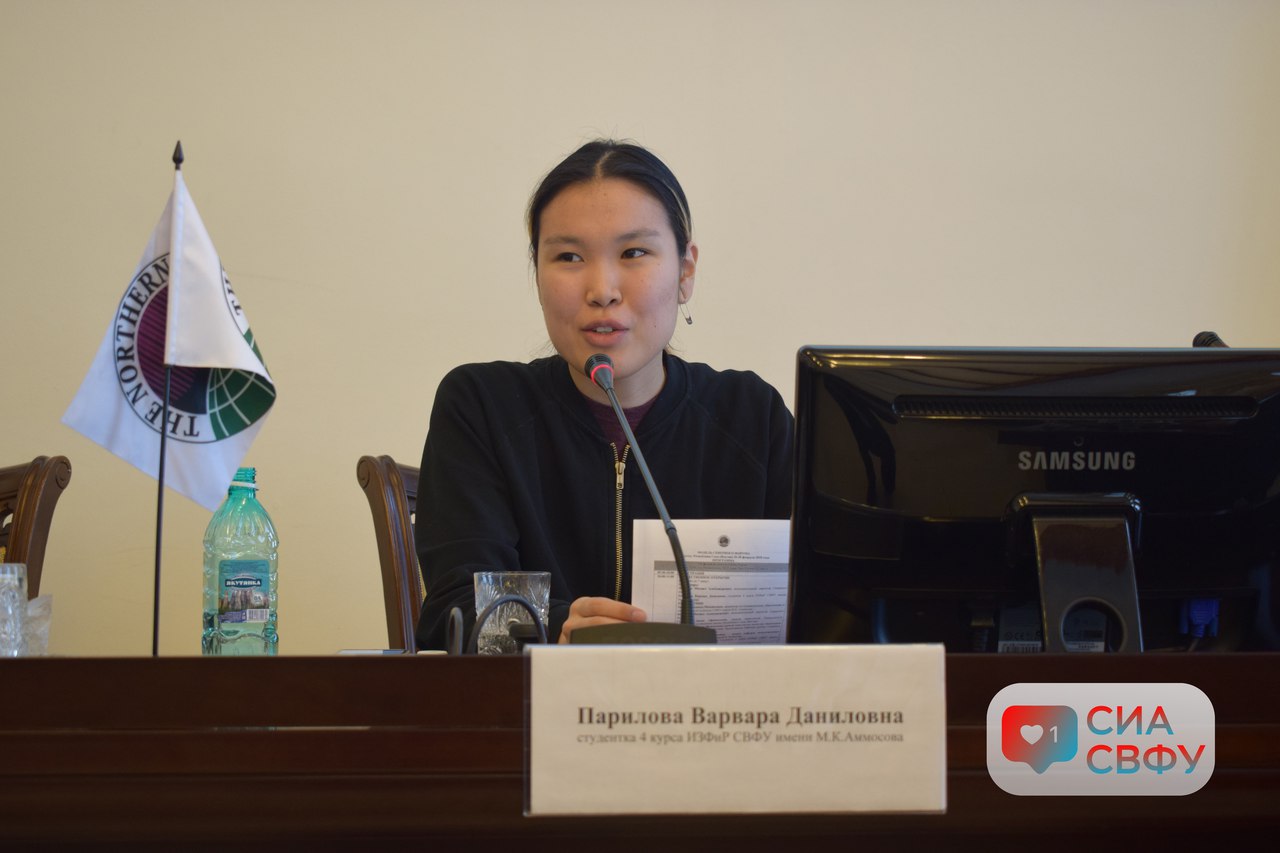 February 27, 2018, the second day of the business game in the NEFU Academic Library. The participants formed three working groups in the following areas: Arctic Energy, Transportation and Business Cooperation WG; Arctic Quality of Life Assessment WG; Education and Research WG. During project startups, the participants were assisted by: Nadezhda Syromyatnikova, the editor-in-chief of “Energy Saving in Yakutia” magazine, the NF Deputy Executive Director Olga Timofeeva-Tereshkina, Director of educational programs of the International Arctic School project Natalia Sitnikova, the Expert of the Resource Center for the Development of Education of SR(Y) Lia Tikhonova. The ultimate goal of each group was to develop a project for the working group's action line, which will be later presented at the closing of the event. In the course of the work, the participants analyzed the most urgent issues of the North and developed in teams a number of projects aimed to solve them. 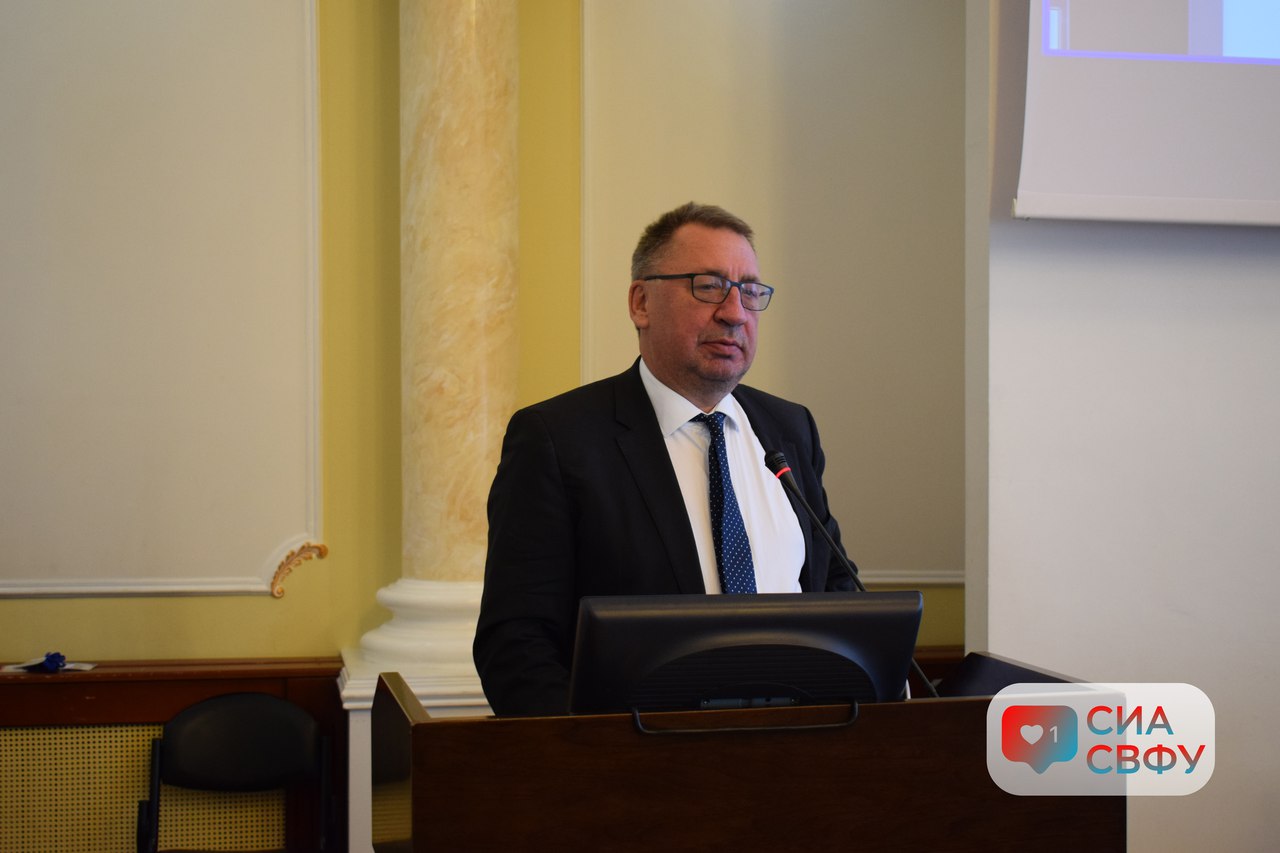 February 28, 2018, the final third day of the business game and its closing ceremony was held in the NEFU Academic Board Hall. A representative of the Russian Foreign Ministry in Yakutsk Dyakonov Nikolay, Attache of the Russian MFA representative office in Yakutsk Tarasov Sergey, Head of the International Studies Department of the NEFU Foreign Philology and Regional Studies Institute Velizhanina Marina and experts who assisted the participants during the second day of the Model, Syromyatnikova Nadezhda from “Energy Saving in Yakutia” and Natalia Sitnikova from the International Arctic School Project participated the closing ceremony. Participants presented their projects. In total, three works were defended: “Energy and Transportation Development in the High North” analytical work, “Meet the Arctic” project, revealing the possibilities of research-oriented tourism, and the Extreme Tourism project. After the presentations, the participants received some feedback on projects from guests and experts. 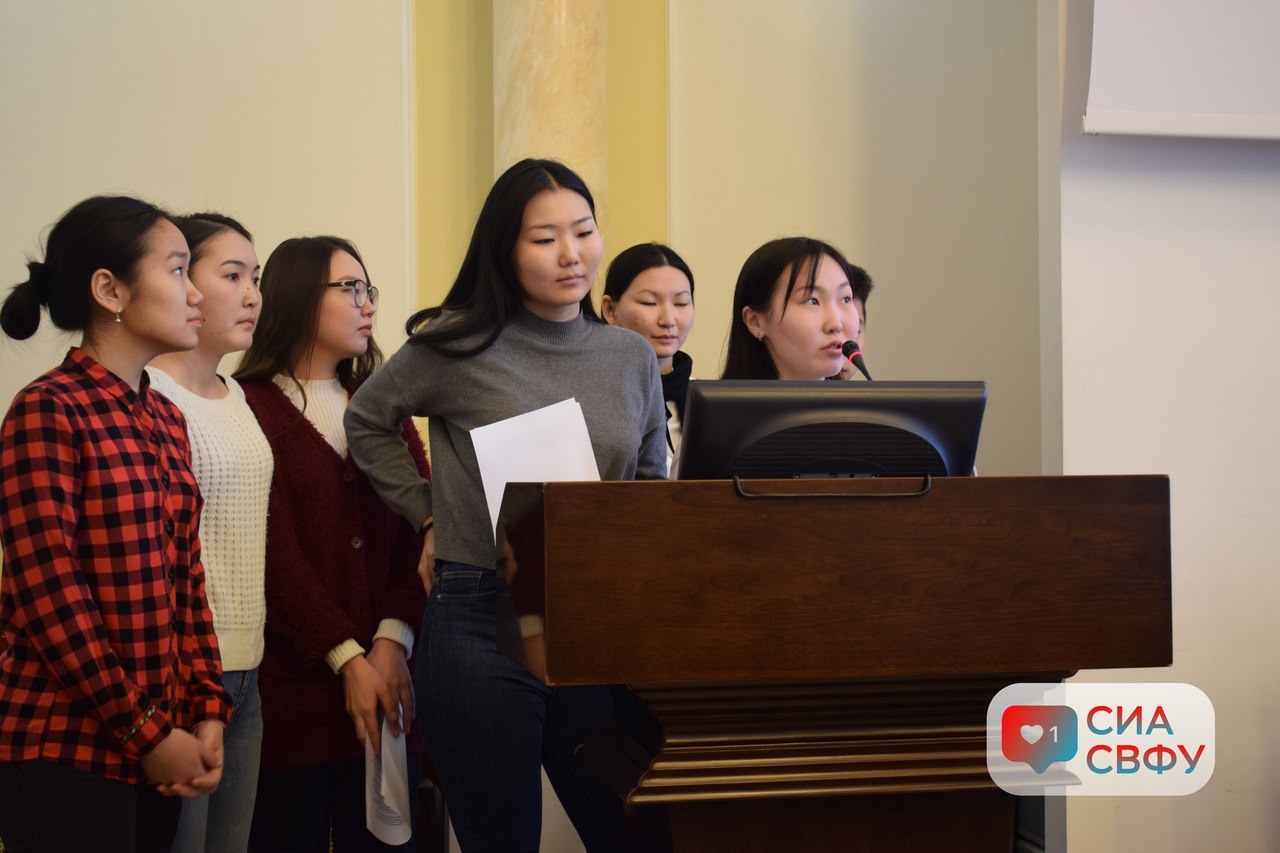 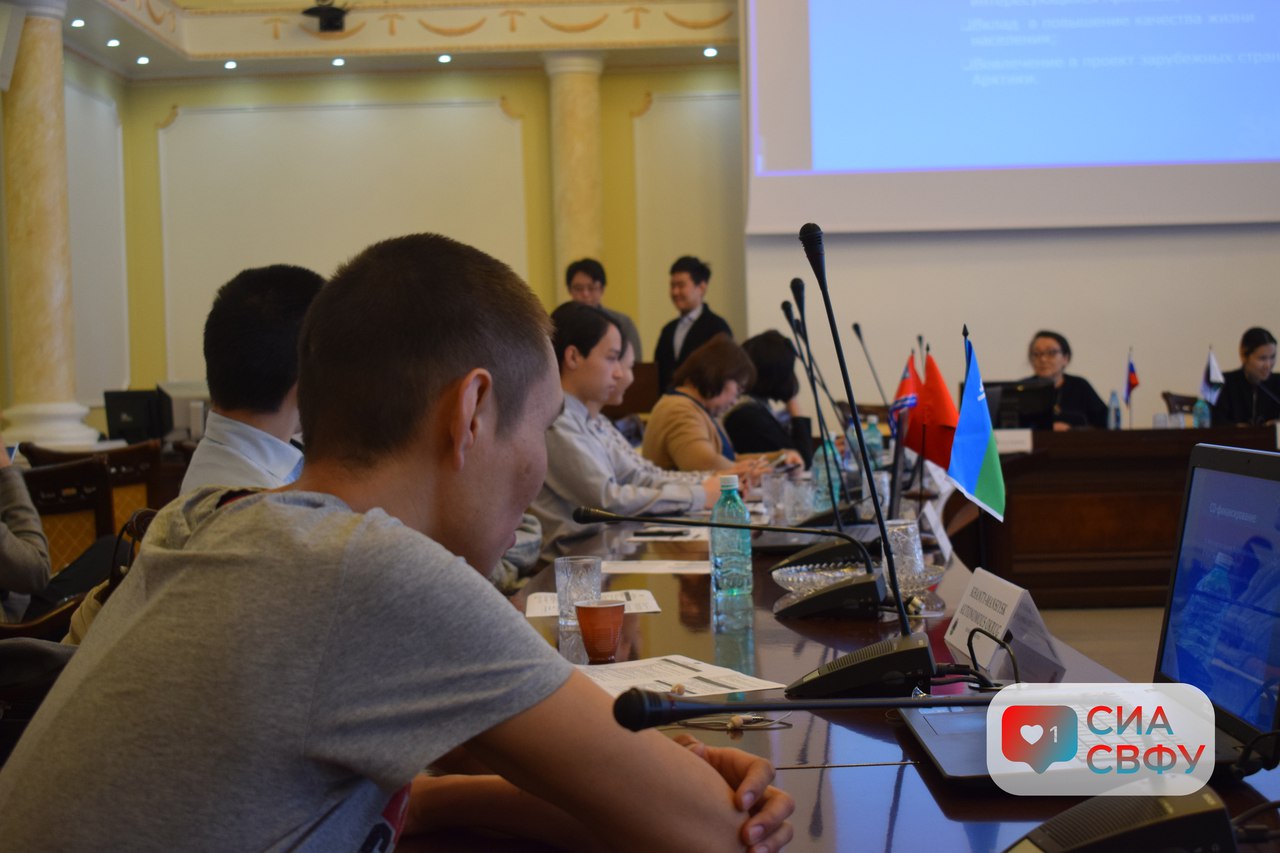 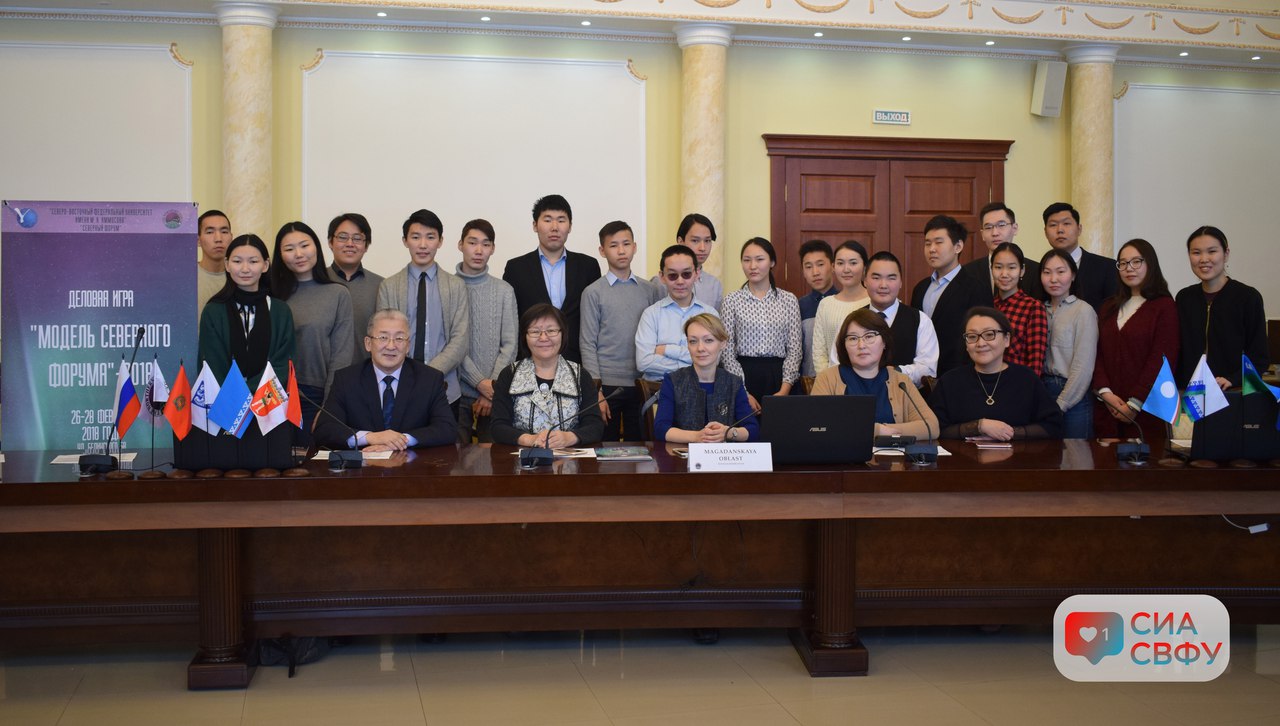