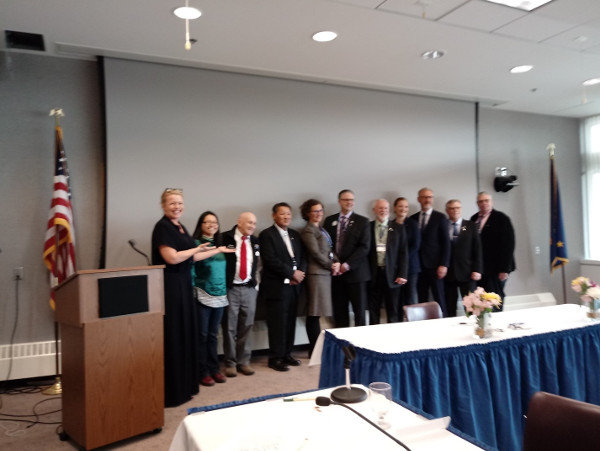 Arctic Mayors’ Roundtable was held shortly after Ministerial meeting. Executive Director of the Northern Forum Mikhail Pogodaev and Director of the Institute of the North Nils Andreassen participated in the roundtable. The roundtable brought together the Arctic mayors. It was expected that the Head of Bulunsky district of the Sakha Republic (Yakutia) will attend the Roundtable on behalf of Russia as part of the Northern Forum delegation, however due to objective reasons he couldn’t come to Fairbanks.

Municipal representatives gathered at the Roundtable to discuss common challenges and to join hands for cooperation and to share experience in the Arctic settlements’ management. A member of the Northern Forum, Mayor of Akureyri Eiríkur Björn Björgvinsson and Regional Coordinator Katrín Ríkarðsdóttir also participated in the Roundtable.
The Arctic Mayoral Declaration was adopted as a result of the Roundtable (see attached).