Sakha Republic and Norway to cooperate in science and education 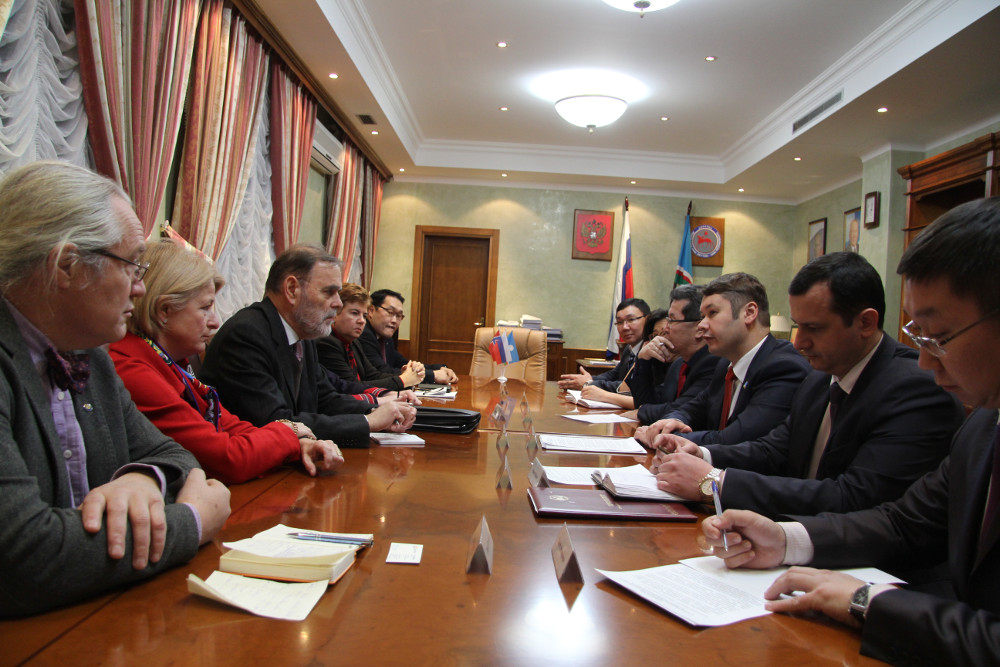 Chairman of the Sakha Republic Government Evgeniy Chekin had a meeting with the Norwegian delegation led by Ambassador Extraordinary and Plenipotentiary of the Kingdom of Norway in Russia Leidulv Namtvedt, who is paying an official visit to Yakutsk.

Chekin and Namtvedt discussed further cooperation in science and education, as well as the ways to enhance trade relations between the Sakha Republic and Norway.

During their visit, the Norwegian representatives took part in the international workshop on the Arctic Council EALLU project: Reindeer herding youth, adaptation to climate change and traditional food, had a meeting with the Northern Forum Secretariat to discuss cooperation opportunities. The delegation also visited research and educational institutions, delivered lectures at M.K. Ammosov North-Eastern Federal University and signed cooperation agreements with NEFU and Yakut Scientific Centre of Complex Medical Problems of the Siberian Branch of the Russian Academy of Medical Sciences.