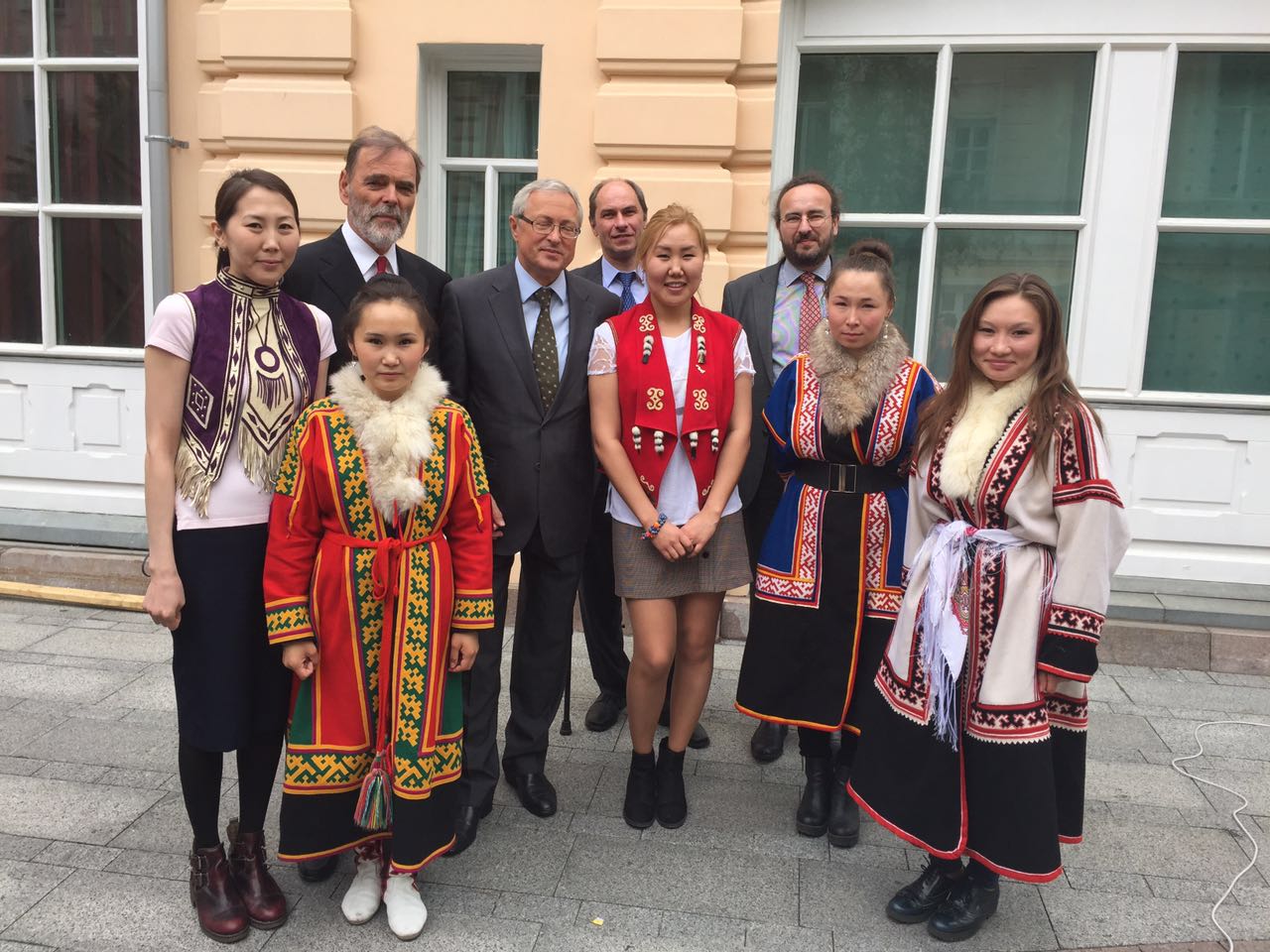 On May 16, 2016, an international seminar for the reindeer meat industry was held at the Embassy of Norway in Moscow. Entitled "A Future Vision for the Reindeer Meat Industry: The role of new technologies and traditional knowledge”, the seminar was held within the framework of the Arctic Council Sustainable Development Working Group EALLU project.

The idea of holding such a seminar came during the 12th General Assembly of the Northern Forum (November 4-7, 2015 in Yakutsk, Russia), during which a presentation of traditional food cultures of indigenous peoples of the North was held in cooperation with the Association of World Reindeer Herders and the International Centre for Reindeer Husbandry. At the reception, a representative of the Norwegian Embassy in Moscow proposed to organize a similar presentation of Northern food culture at the Norwegian Embassy in Moscow.

The seminar was initiated by the Arctic Council project "EALLU: Reindeer Youth and Food Culture", in collaboration with the Association of Indigenous Peoples of the North, Siberia and Far East of the Russian Federation (RAIPON), the Reindeer Herders Union of Russia, the Northern Forum, and the International Centre for Reindeer Husbandry, with the support of the Embassy of Norway in Moscow. Representatives of federal ministries and departments, authorities from reindeer herding regions, herders and representatives of reindeer herding enterprises in the Murmansk region, the Republic of Sakha (Yakutia), the Nenets Autonomous Okrug, Yamalo-Nenets Autonomous Okrug, Chukotka Autonomous Okrug, representatives of public organizations and associations of reindeer herders all attended the seminar.

The main objective of the seminar was to establish a platform for the development and implementation of new strategies in the reindeer meat industry based on cooperation within the Arctic Council. These strategies include an emphasis on reindeer herding youth and herders' traditional knowledge, as well as on technical innovation and new approaches to producing meat and other reindeer products and how to market them. The new strategy will contribute to informing the public about reindeer herding as a traditional way of life of indigenous peoples, which produces unique and useful products and provides opportunities for economic development at local and regional levels. The results of the seminar will be presented at the next Arctic Council Sustainable Development Working Group (SDWG) meeting. 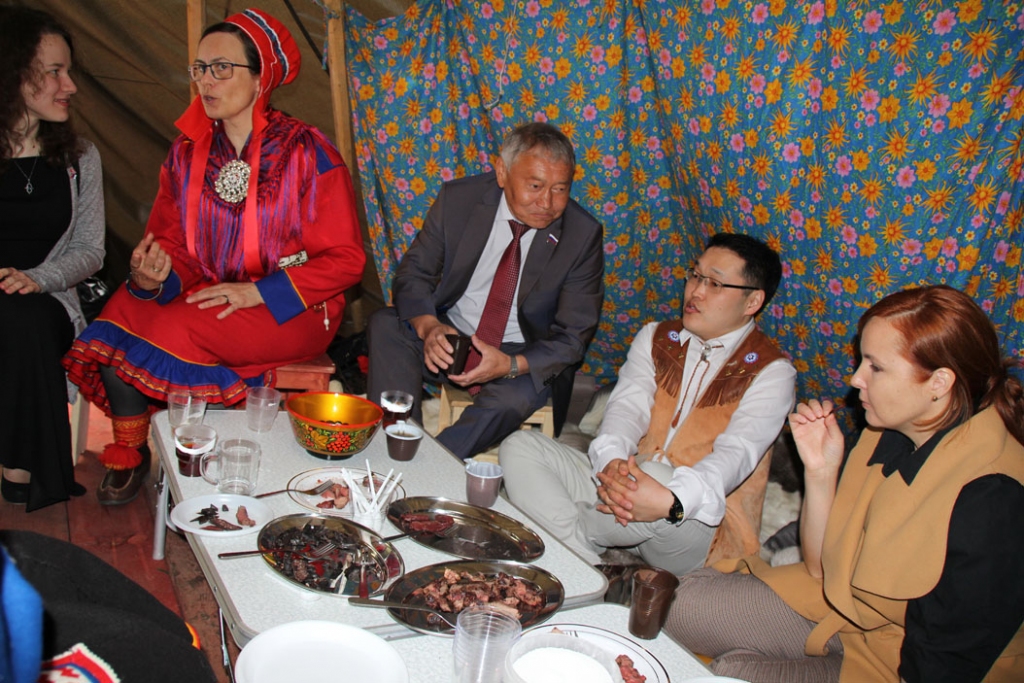 Speakers included: the Royal Norwegian Ambassador to Russia Leidulv Namtvedt, the President of the Union of Reindeer Herders of Russia, the Deputy of the State Duma of the Federal Assembly of the Russian Federation Dmitry Khorolya, the Head of the Arctic Territories Development at the Department of Interregional and Cross-border Cooperation of the Ministry of Economic Development of Russian Federation Maksim Semin, the Advisor to the Head of the Sakha Republic (Yakutia) Eduard Klimov, the Chairman of the Board of the International Centre for Reindeer Husbandry Inger Anita Smuk, the First Vice-President of RAIPON Nina Veisalova, the Executive Director of the Secretariat of the Northern Forum Mikhail Pogodaev, the Chairman of the Board of the Union of Indigenous Peoples Communities of the Russain North, Siberia and the Far East Alexei Limanzo, the Assistant at the Reindeer Herders’ Union of the Nenets Autonomous Okrug Yevgenya Nosova and others.

The Ambassador of Norway to Russia Leidulv Namtvedt noted (and others concurred) that the role and contribution of the Sakha Republic (Yakutia) to the Arctic Council EALLU project activities in Russia are significant. During discussions it was also noted that there is a need to strengthen inter-regional and international cooperation for the development of infrastructure, the exchange of modern technologies and the training of qualified personnel for the processing and promotion of reindeer meat and other reindeer products.

Herders and representatives of reindeer herding enterprises shared their experience in meat production, and also described their achievements and future plans. It turned out that in Russia conditions for reindeer meat production are more favourable compared with Scandinavian countries. Reindeer herders from Norway spoke about the difficulties they face. Firstly, very strict rules for slaughtering a reindeer and processing reindeer products mean that herders can only use 60% of the reindeer carcass, whereas elsewhere the whole animal can be used. This means reindeer herders lose extra income. In addition, Norway has a system of meat monopolies that dictate prices for reindeer meat, and a large number of meat dealers and intermediaries deprive reindeer herders of the opportunity to make good money. In the herders’ opinion, the situation is also complemented with an excessive bureaucracy. 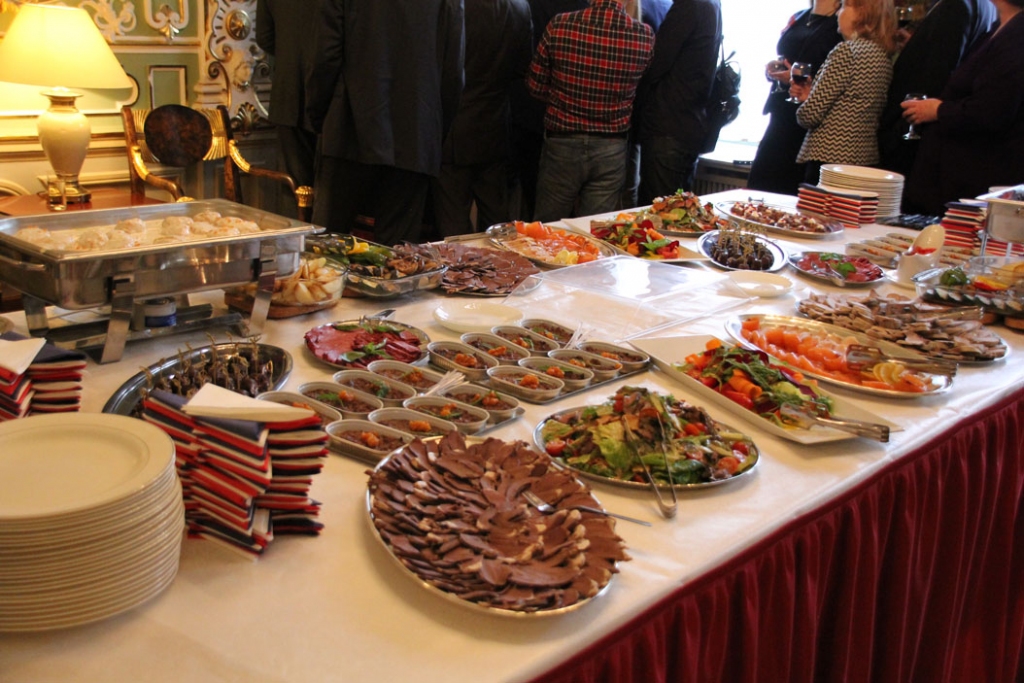 In Russia, there are specific problems reindeer herders face, which are primarily associated with severe climatic conditions, poor infrastructure, the remoteness of the reindeer herding areas from markets, etc. Therefore, the participants talked about the need for exchange of good practices and, most importantly, exchange of new technologies in terms of reindeer meat production and processing, taking into account traditional knowledge and interests of reindeer herders.

The workshop aimed to help develop recommendations for improving reindeer husbandry management policy both in Russia and the Scandinavian countries. These recommendations will be included in EALLU draft report and will be presented at the upcoming Arctic Council meetings.

A big reception was given on the second day of the seminar, May 17, which was held on the occasion of Constitution Day in Norway. This year's annual reception at the Embassy of the Kingdom of Norway gathered about 300 guests, including distinguished guests from the embassies of various countries, regional governments, federal ministries and departments. A very rich menu was proposed to all the invited guests, most of which included traditional dishes of reindeer herding peoples of the Circumpolar North.

Organizers invited representatives of Norway's indigenous people, the Sámi, to enrich the national holiday. Young representatives of indigenous peoples of the Russian North - Nenets, Evens, Evenki, and Sami, prepared traditional food for the reception. The Traditional part of the menu consisted of the Sami traditional soup "Bidus", Evenk (a reindeer dish made of kidneys), Nenets soup (also called "I"), grilled reindeer meat, sliced frozen fish, and more. Unfamiliar with these unique and rare dishes, guests tasted northern delicacies with a strong interest and enthusiasm, which certainly reflects the skill of the cooks.

The reindeer meat products and by-products were provided by Tundra, a reindeer products supplier from the Murmansk region. This enterprise is a major supplier of reindeer meat to one of the most expensive restaurants in the Russian capital specializing in northern cuisine, "Expedition". Marta Okotetto from Yamal also brought cloudberries, reindeer blood, and reindeer fat to help prepare Nenets' dishes at the event. 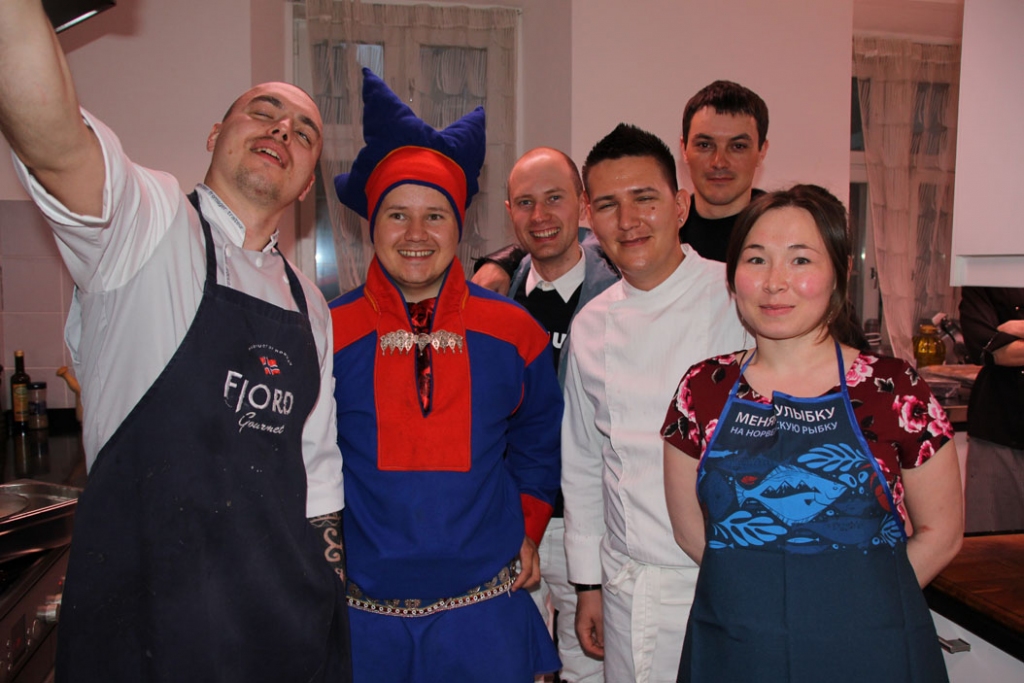 To participate in the big reception and present his skills, Nikolay Gabyshev, who is the head cook of the Muus Khaya restaurant in Yakutsk, was also invited. Along with cooks from the Norwegian Embassy, Nikolay embellished the menu with various delicacies and desserts.

This event was one of the Arctic Council's EALLU workshops (held between 2015-2019). One of the EALLU project outcomes will be the creation of the Culinary Institute of Arctic indigenous peoples.

We hope that relatively soon each reindeer herding region will have its own restaurant where they can present delicious and original traditional cuisine of the indigenous peoples of the North.