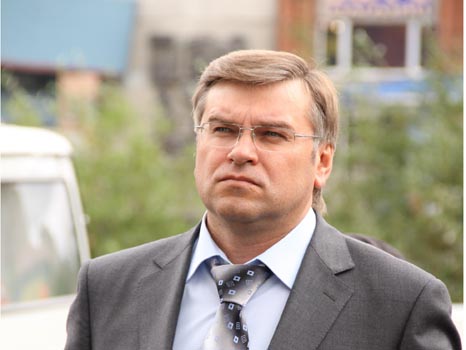 Despite all of talking about the future development of the Arctic, the region lives in conditions of acute shortage of railways and roads, and water transport aircraft.

A key element of the transport infrastructure in the Far North has always been and is a small aircraft. During the Soviet period, the only airline was run by the state and high costs of small aviation were offset by profits derived from the main air transport industry. For example, in 1990 the cost of a plane ticket when flying at a distance of 300 km was less than 5% of the average wage in the Soviet Union. Acting rates of light aircraft types L410 and An-2 in the Far North were three times lower than the actual cost to the state. But by 2000 the cost of flying in a light aircraft at a distance of 300 km reached approximately 1/3 of the average wage.

Obviously this made air travel too expensive and the airlines have ceized most of small aviation flights. The majority of remote villages were left without air service. According to the deputy prime minister of Krasnoyarsky krai Yury Zakharinsky, emergency helicopters were used as well, but their range is limited to 300-500 km, and the cost of flight hours reaches up to 120 thousand roubles.  Advantage of the aircraft is that it is slightly cheaper - 40-50 thousand. roubles per hour of flight.

Another problem is absence of modern aircrafts in the Arctic. There is virtually no domestic development of modern fuel efficient and mass produced aircrafts. Old written off An-24s and Il-14s are replaced by a smaller number of new Russian built aiplanes (An-74, An-3, An-38, An-140) or used foreign aircraft.

Most Soviet era airfields in the northern towns and cities are worn out, their material resources (land vehicles and buildings, runways and taxiways) require almost complete renovation and modernization. Private owners often can not afford it, the fate of the airports therefore depends on the state.

Foreign experience shows that in conditions of undeveloped transport infrastructure and long distances, only small aviation is effective. For example, in the State of Alaska villages with at least two or three dozen people, there is an airfield. In this American state, there are more than 450 airports. For comparison, the whole of Russia, including Moscow has about 300.

Transport links are essential for development of the Arctic. For example, to fly from Norilsk to Naryan-Mar, which is 1,400 km away, one can only fly through Moscow. This means spending 30 hours and covering a distance of nearly a third of the circumference of the Earth.

Right now, Norilsk single existing runway must be rebuilt. Closing the airport however is impossible - it will cut off the 170,000 people city from the mainland. Small aircrafts could use even the rebuilding runway to take people to other nearby airports.

A gate to nowhere

Now a lot is said and done for the development of the Northern Sea Route (NSR) - construction of new icebreakers, ice-class vessels and port infrastructure.

But in order to “employ” the NSR, it is necessary to launch transportation corridors leading from the ocean and river ports in mainland Siberia. In particular, we are talking about the construction of the North-Siberian Railway, which will be the continuation of BAM west of Ust-Ilimsk to Surgut, as well as the construction of the Northern latitudinal (SSHH) - railway from Chum (Komi) through Salekhard, Nadym, Urengoi to Igarka. This highway would become part of the infrastructure of access to the port of Sabetta in Yamal and would significantly increase the cargo flow directed through it. The project is estimated at 150 billion rubles.

Railways can operate in any weather, unlike wheeled transport. Last October a motorway from Dudinka port to Norilsk was closed twice because of a storm warning. Earlier, there was a railway service between the port and the city, which could operate in strong gusts of wind. Now the railway is used only for transportation of goods, and does not meet requirements for organization of passenger transport.

The concept of development of the Arctic zone to 2020 has marked a project of a railway from Norilsk to Igarka. Its implementation will dramatically accelerate the development of natural resources of Taimyr, where there are rich deposits of gold, nickel, platinum, copper, Russia's largest coking coal deposit and half the world's supply of industrial diamonds.

Most roads in northern regions are seasonal winter roads. All-season paved roads are rare, and their length grows very slowly and most of them are technological roads along the gas and oil pipelines. For comparison, the length of roads paved in the Sakha Republic (Yakutia) is less than 2,000 km, whereas in the State of Alaska, which is half of the Sakha Republic area – has more than 2,000 km.

In areas where there are no railways and roads, and almost the entire territory of Siberia, the main traffic volume is provided by water transport. The number of river vessels in Russia for a quarter century has shrinked twice - fortunately, for the past three years, this trend has stopped. Each year, the country has put ~180 vessels of all types into operation. The problem is specialization of the fleet, as more than half of large vessels are oil tankers.

Development of the Arctic is impossible without the development of transport infrastructure - if all these problems are not solved, Russia will lose physical access to a significant part of their natural resources.