New Chair of the Northern Forum at the Federal 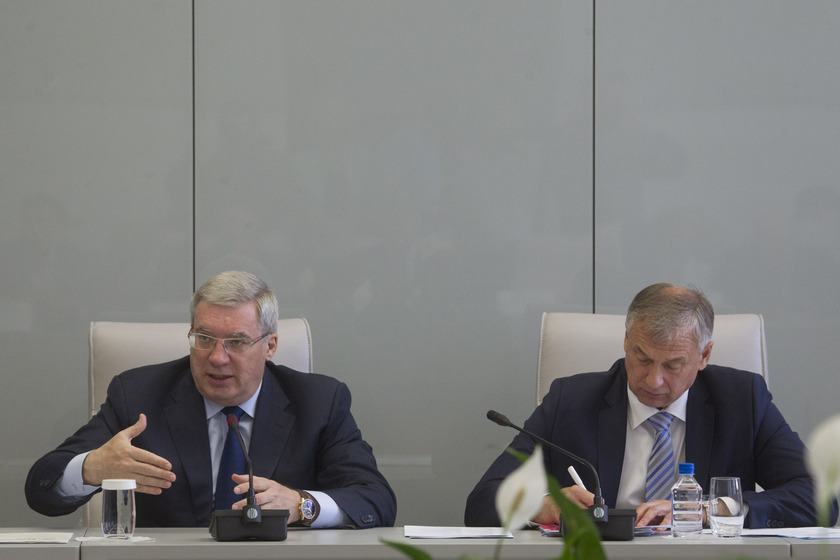 Governor of Krasnoyarsky krai Victor Tolokonsky, has participated in a joint meeting of Russian Federal Presidium of the Expert Council on Arctic and Antarctic during a working visit to Moscow. The council was chaired by the Chairman of the Federation Council Valentina Matviyenko and Deputy Prime Minister of Russia, chairman of the State Commission on the Development of the Arctic, Dmitry Rogozin.

During the meeting, Viktor Tolokonsky has received lead of the Northern Forum from Head of the Sakha Republic (Yakutia) Egor Borisov, the former chair of the Northern Forum. This organization is designed to solve the problems of the northern regions to attract joint cooperation, including in the international sphere, the protection of the Arctic environment, improving the quality of life and sustainable development of northern peoples.

In addition, during his working visit to Moscow, Governor took part in the meeting held under the chairmanship of Federal Air Transport Agency at the head of the agency Alexander Neradko with representatives of PJSC "Norilsk Nickel". The meeting discussed the reconstruction of the airport city of Norilsk. Given the priority of air service Norilsk and surrounding areas, were considered the best solutions to the problem with the least financial and resource costs, strict compliance with the terms of the project on reconstruction, optimal route network and the coordination of passenger traffic during the period of reconstruction of the airport, including the use of air courts of small aircraft in 2017 and possibly in 2018.