Head of Sakha speaks at the Russian Federal Arctic Commission

Head of the Sakha Republic (Yakutia) Egor Borisov spoke at a joint meeting of the Presidium of the Expert Council for the Arctic and Antarctic to the Council of the Federation with the members of the State Commission on the Development of the Arctic.

Report chapter was devoted to the second item - the participation of the Russian Federation, members of the Arctic zone of Russia, in the International Arctic Forum. 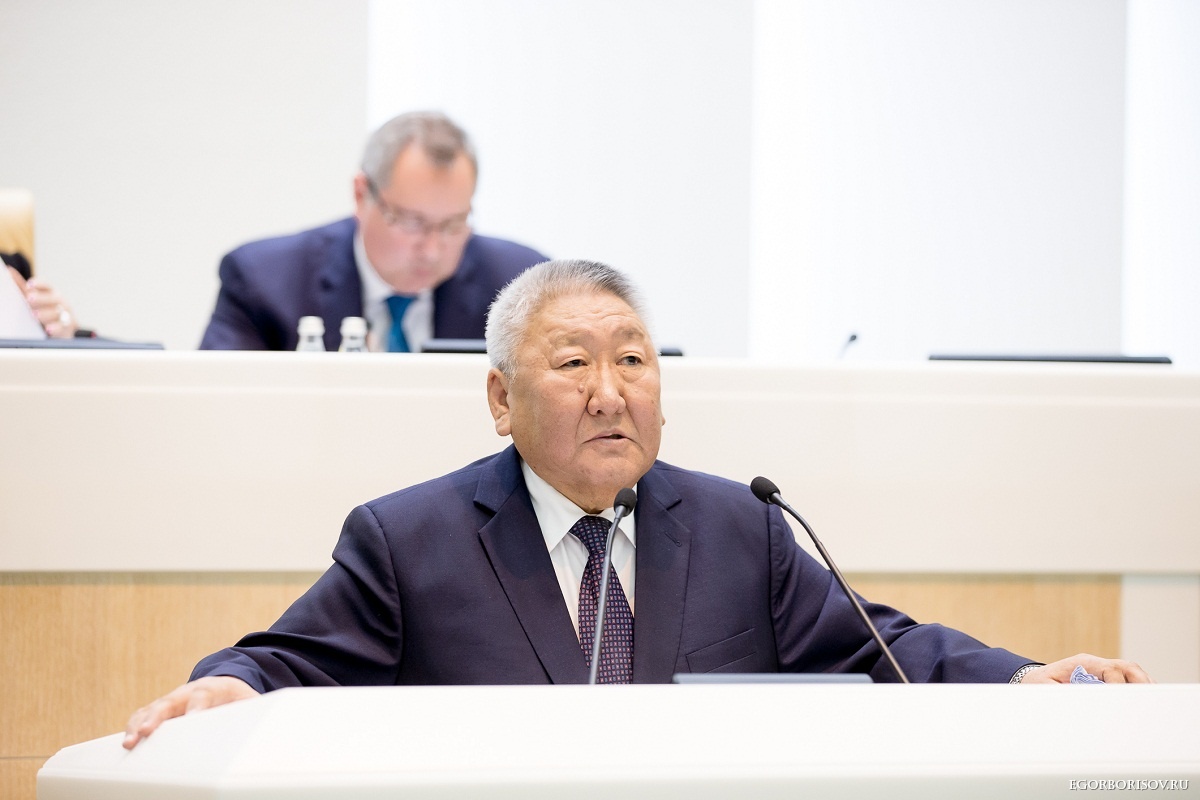 Deputy Prime Minister Dmitry Rogozin, anticipating the performance of Yegor Borisov said the high activity of Yakutia and other northern regions of the country in international cooperation. He also noted the important role of the XII General Assembly of the Northern Forum, held in the city of Yakutsk, 4-6 November 2015.

Egor Borisov in his speech dwelled on the history of the Northern Forum, and its universal mission, aimed at improving the quality of life of Northerners in the current difficult global realities.

"Four years ago, the Sakha Republic took over the chairmanship of the Northern Forum in a state of profound crisis. At the same time we were well aware of its potential and the important role in the system of international cooperation in the Arctic region. This understanding is shared with us the Ministry of Foreign Affairs and the Ministry of Economic Development of Russia, and now the Federation Council and the State Commission on Arctic development ", - said Yegor Afanasievich.

He listed the most successful projects implemented during the years of the Northern Forum in programs "Environment", "Sustainable development" and "Society and Culture”.

The regions of our country consistently participate in the activities of international organizations such as the "Association of World Reindeer Herders," "University of the Arctic." A successful example of inter-regional cross-border cooperation is a project of international environmental park "Beringia" in Eastern Chukotka and Alaska. It is no exaggeration to Yakutia now attracted the attention of the entire world of science. Yegor Borisov does not doubt that on the basis of the paleontological findings, which appear in the territory of the Republic of Sakha, not only in the mammoth fauna, but also on other fossil animals can affect certain steps to change the theory of the development of all mankind. 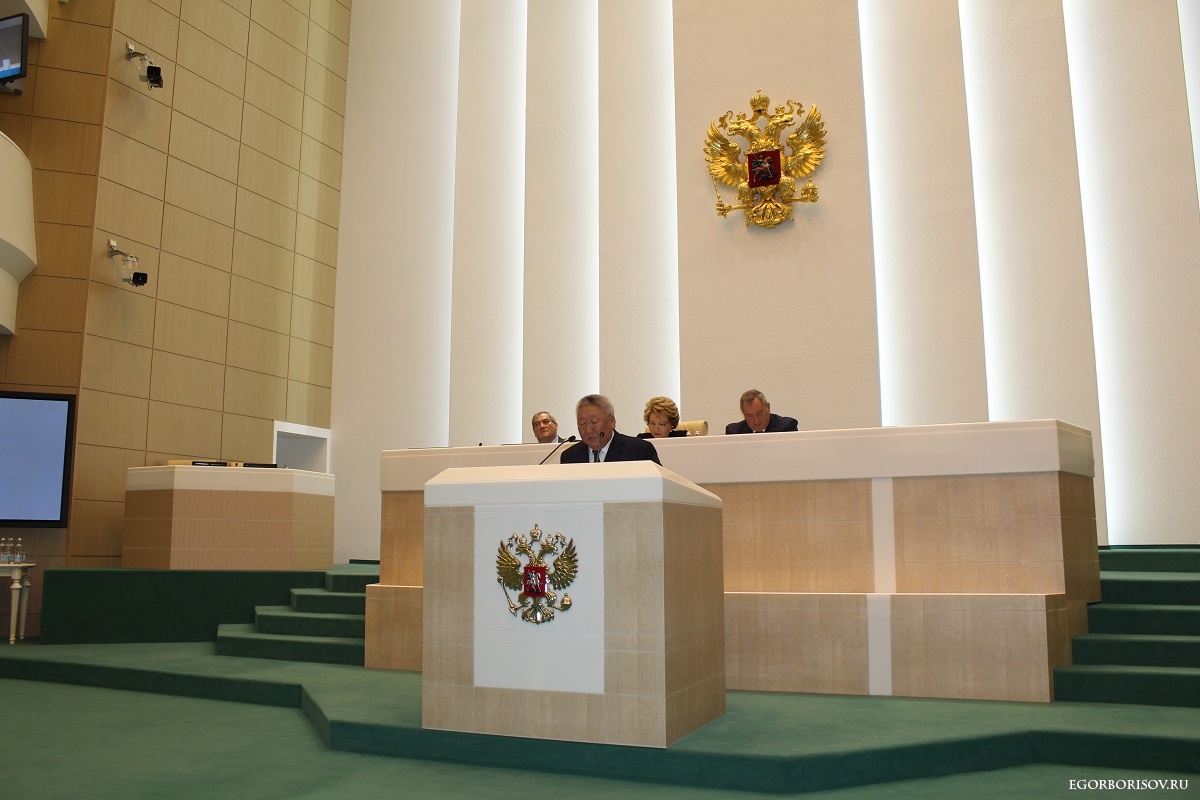 According to Borisov, the results of the 12th General Assembly of the Northern Forum show renewed interest in the organization from foreign regions. Yakutia passes leadership in the Northern Forum Krasnoyarsky krai in a state of active cooperation with the Arctic Council, the Arctic Circle, University of the Arctic, FOGAR, the Association of World Reindeer Herders. However, there is still a lot. First of all, you need to complete and consolidate the work of practice related to the transition to a new operating structure, synchronized with the regulations and procedures of the Arctic Council.

«Northern Forum should become a regional expression of the Arctic Council, to create a unique community, to build vertical cooperation between national governments, regions and people," - said Egor Borisov.

In this regard, he announced a series of measures aimed at further strengthening the Northern Forum and the intensification of international cooperation of its members. 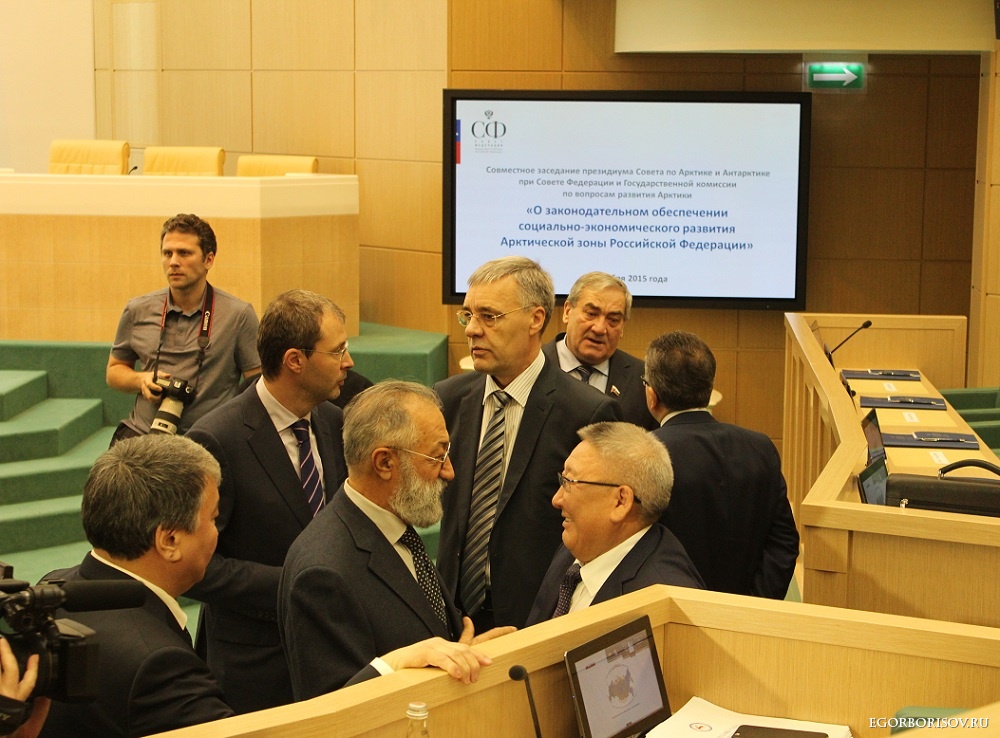 Firstly, Russia's representatives in the working groups of the Arctic Council, according to the leader of Yakutia should strengthen cooperation with projects and working groups of the Northern Forum. Second, you should consider the possibility of financing the key projects of the Northern Forum of the funds corresponding to the federal target programs. And thirdly, to use in the practice of the Northern Forum Summit format governors, thereby returning it the status of the Governor's Club, as the strength of the structure lies above all in the regions of merger opportunities.

Egor Borisov concluded that the strengthening of the position and the international prestige of the Northern Forum in the interest not only of individual regions, but the entire Russian Federation. He singled out the factor of geographic domination of our country in the Arctic. "The overwhelming majority of the northern regions of Russia allows us to be confident of the superiority of our position in the Northern Forum and other international organizations, even when foreign chairmanship. This point must be used very easily to work in this direction ", - he urged his colleagues Yegor Afanasievich.

As part of the consideration of this issue at the meeting it was also the governor of Krasnoyarsky Krai Victor Tolokonsky and Ambassador at Large MFA of Russia Vladimir Barbin.