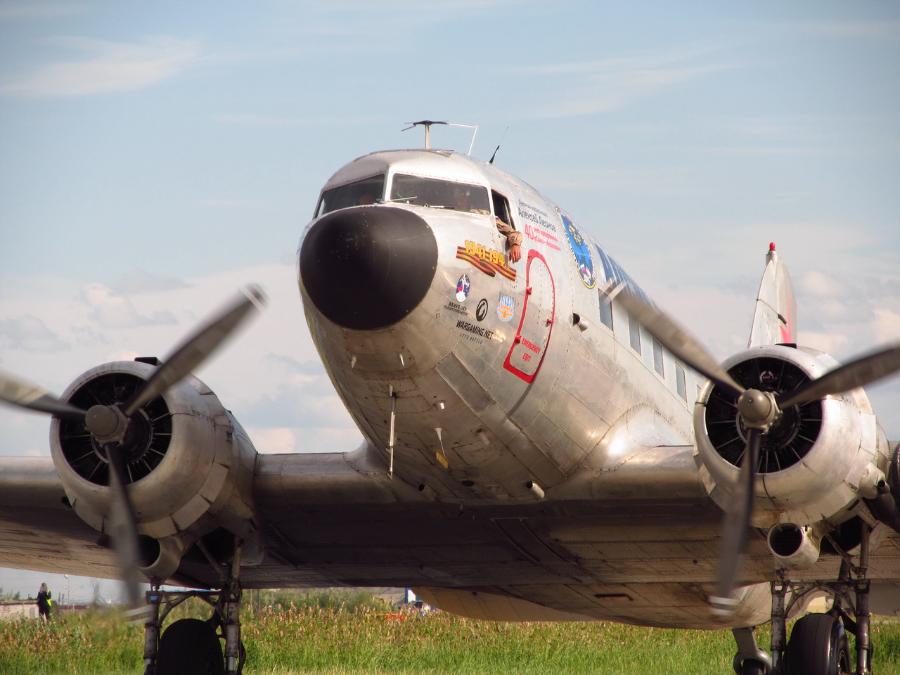 During the WW2 the Soviet Union was receiving Lend-Lease wartime supplies from the Allied nations in exchange for fur and other products, meant to be returned in postwar time. These supplies have included thousands of warplanes, tanks, ammunition and nutrition. Airplanes, hence their size, were delivered by air via the safest way - across the Bering Straits, This flyway was later called AlSib - Alaska-Siberia. This route connected several airbases along the way - starting in Great Falls, MT (USA) and ending in Krasnoyarsk (USSR). The American part of the way had a final point in Nome, AK. There is Nome, the American pilots handed over controls to Russian pilots, who took the airplanes further to the Soviet Union. 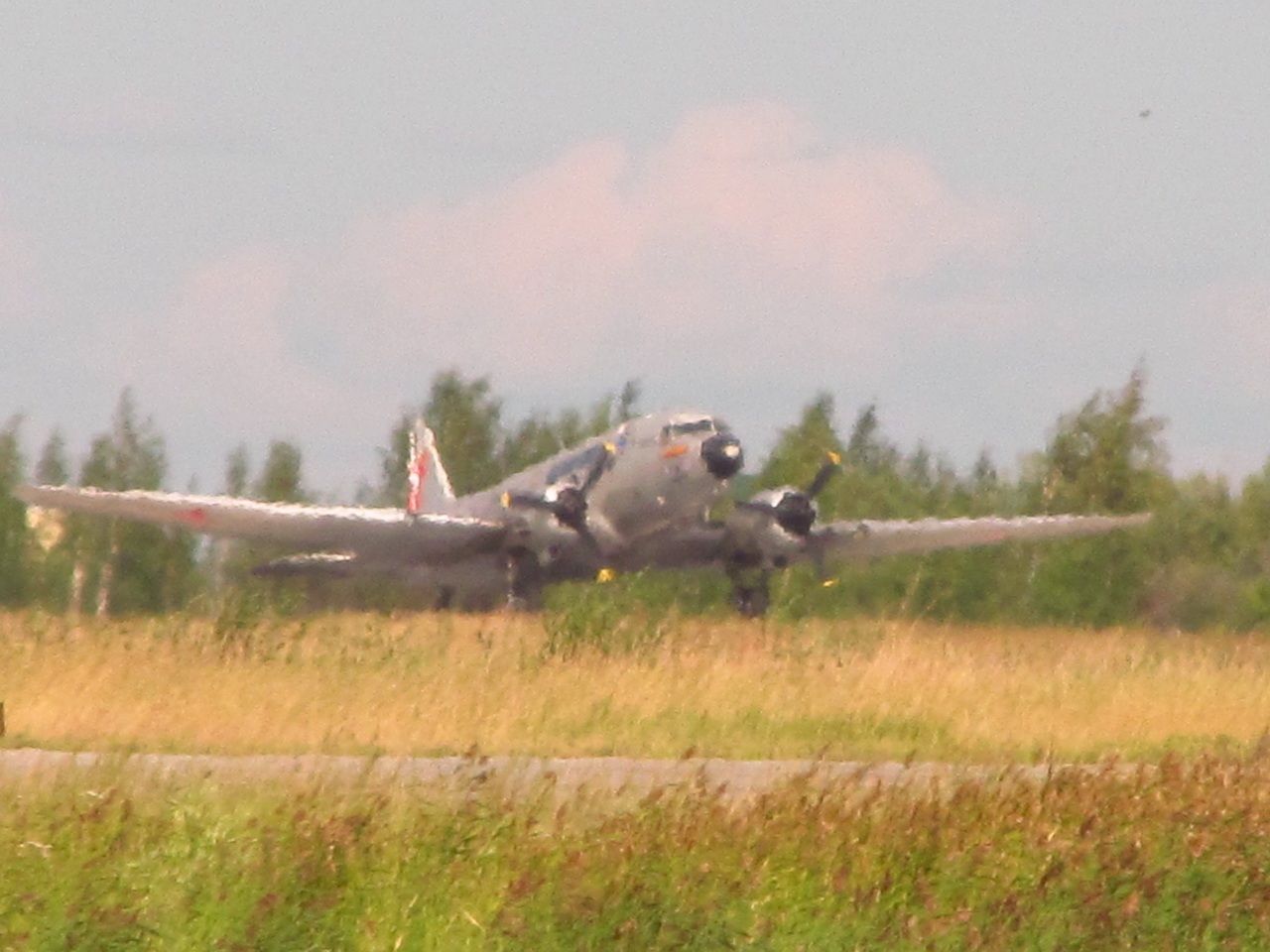 Airplanes delivered this way have played an important and valuable role on the Eastern Front - for example, second most efficient ace pilot in the Red Army Air Forces Alexander Pokryshkin has produced most of his victories on a single-engine fighter plane P-39 Aircobra.

Hence the importance of this memory, it is being repeated right now. In 2015, Russia has bought two legendary wartime-built cargo airplanes C-47 (a type also delivered in big numbers via the Alsib) that are now being flown throughout the whole route - starting in Great Falls, ending on Moscow MAKS airshow, where these airplanes will be transmitted to the aviation museum to commemorate Alsib flight crews and all people behind it.

C-47s have stopped over in Yakutsk on Friday, July 31 in afternoon and stayed until August 3. During time in Yakutsk, flight crews have met aviation and WW2 veterans and showed their airplanes to everyone interested. 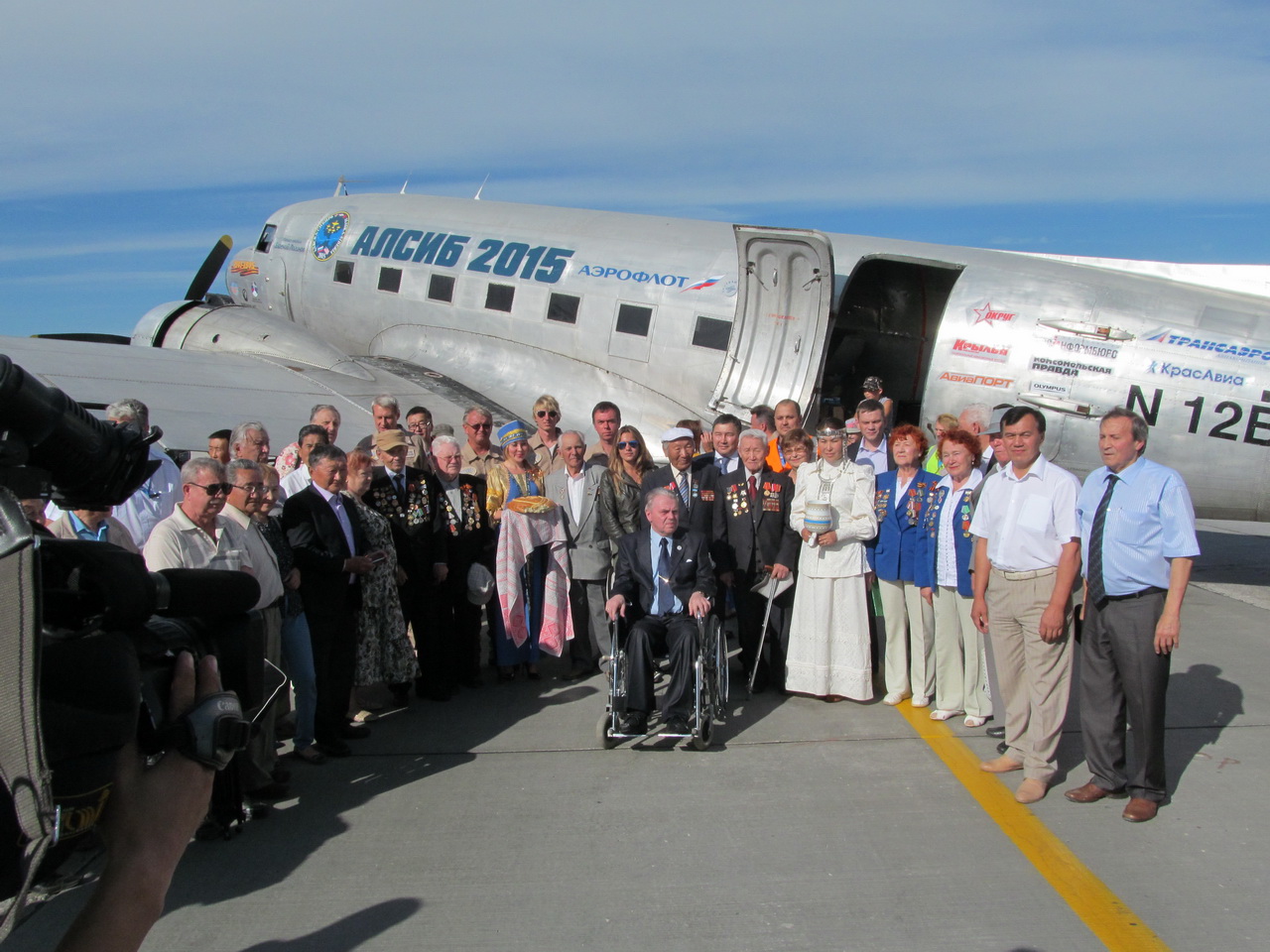 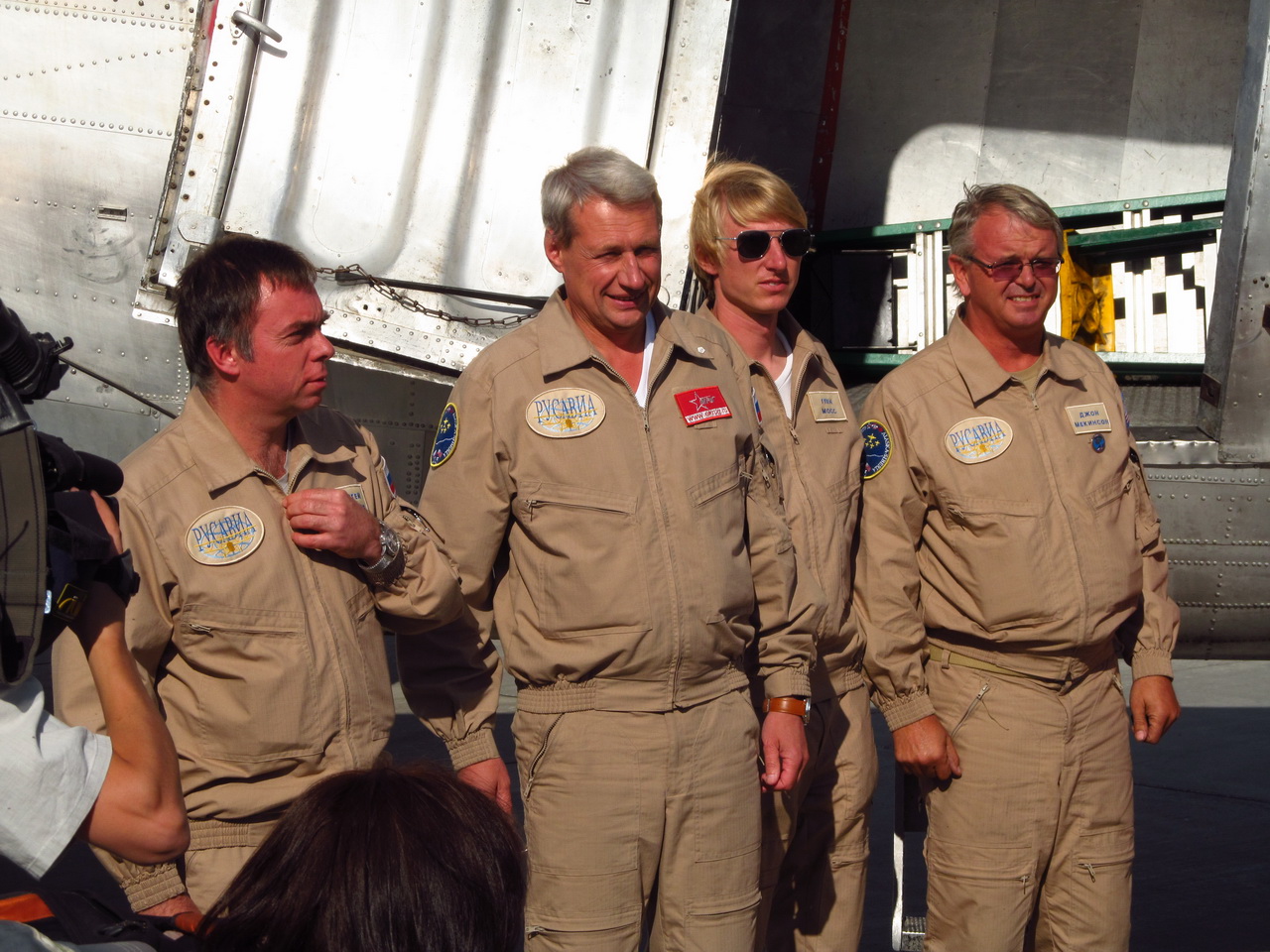 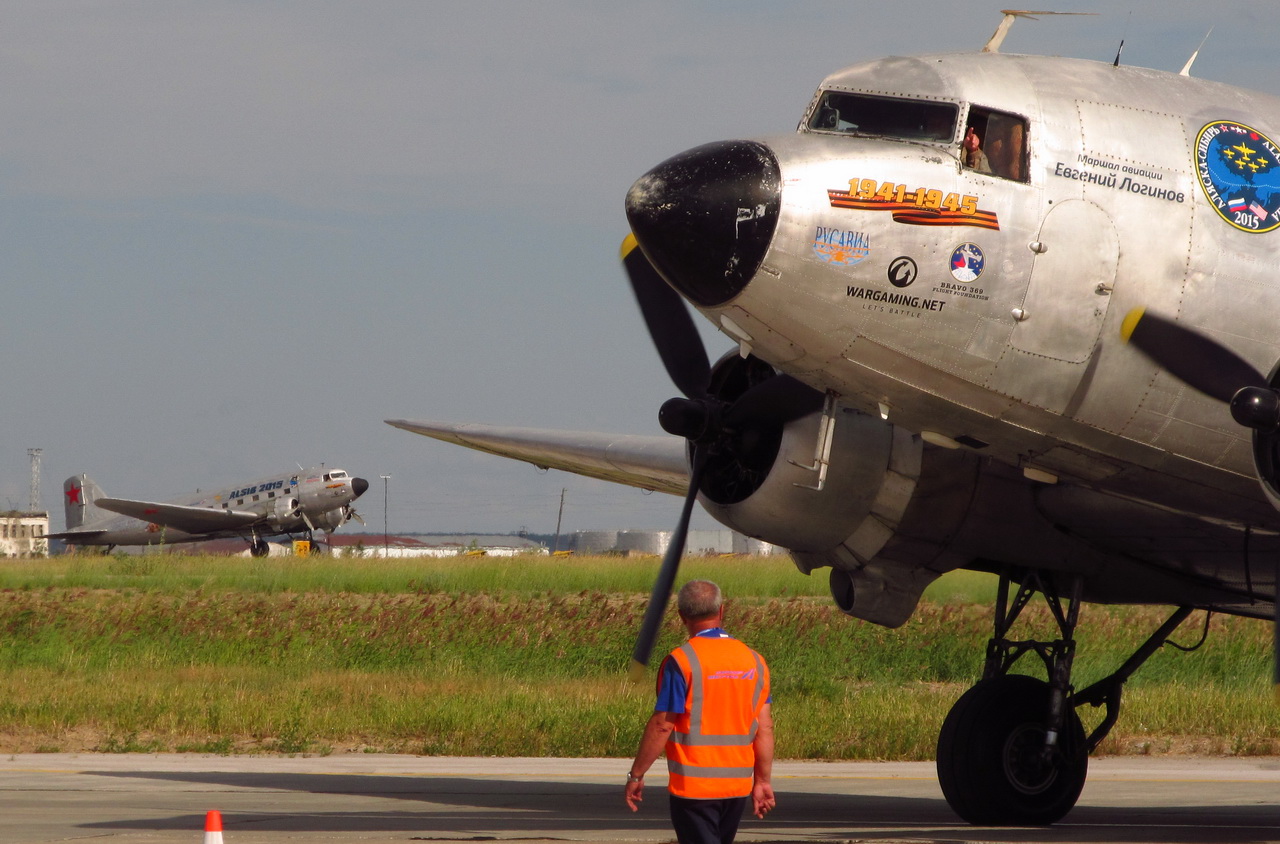