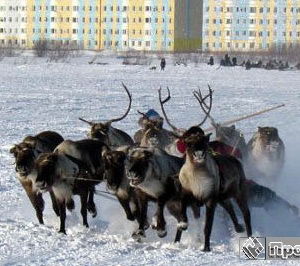 Nadym is preparing for a competition  of herders Governor's Cup.

Nadym already trails for racing reindeer and a plan showing the location of stalls and tents are developed – all to hold a 20th anniversary Yamal Governor's Cup competition of herders. This year 12 teams have announced their participation from Priuralsky, Krasnoselkup, Shuryshkarsky, Yamal, Nadym, Pur, and Taz Yamal areas. Nadym region will present two teams in sports, the majority of participants - herders from the village Kutopyugan.

In addition, athletes are invited from other regions of Russia: Khanty-Mansi AO and Nenets AO, as well as the Taimyr Dolgan-Nenets District, Krasnoyarsk Territory.

The anniversary games will be attended by the organizers and juried by the very first competition herders.

This year's program of commemorative events are also included an exhibition of hunting huskies, sled dog race. As part of the anniversary events will be competitions in power extreme «Arctic man». The highlight of the festival will be the wedding ceremony, organized by the canons of Nenets culture.