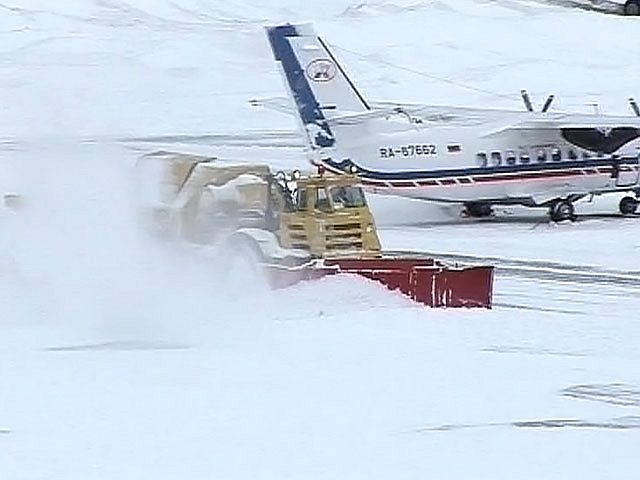 Bad weather in Petropavlovsk-Kamchatsky has interrupted work of the regional airport. According to the airport employees, "today all domestic flights cancelled, and as far, none of them also landed and took off." The fate of interregional flights is to be announced.

About 300 holidaymakers who tried to return to Petropavlovsk from Vietnam and Thailand on Wednesday, spent the night in hotels in Khabarovsk. According to passengers, now they moved tentatively flight to 9 am local time. The status of "detained" is still in regular flight SU 5684 Airline "Aurora", which was supposed to come to Kamchatka from Khabarovsk by 3pm on January 28.

The time of arrival of today's flights from Khabarovsk, Novosibirsk, Vladivostok, Moscow is a subject to change as well. The situation is similar to sending daytime and evening boards.

According to the regional emergency department, the runway is being cleared. It is expected that the airport will resume its work at 3pm local time.