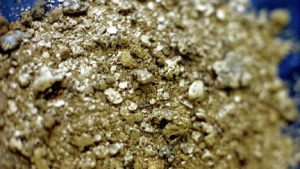 Subsoil users of Chukotka Autonomous Okrug have increased gold production by 30% in 2014, as compared to the previous year - up to 32 tons total. Silver production declined slightly and amounted to 84% of the 2013 level, or 138.45 tons. This is reported in the Department of Industrial Policy, Construction and Housing Chukotka.

- Increased performance is achieved thanks to the launch in 2013, the processing plant at the field "May" and mine "double". The main volume of production of precious metals accounted for businesses that develop mineral deposits: JSC "Chukotka Mining and Geological Company", JSC "Mine Karalveem", OOO "Rudnik Valunistoye", LLC "Gold Mining Company" May "," LLC "Northern Gold" - told in the Department.

Also, the Department added that in 2014 industrial seaso,n 15 companies have been working on alluvial mining. "Rossypnikami" received 2.28 tons of the precious metal.