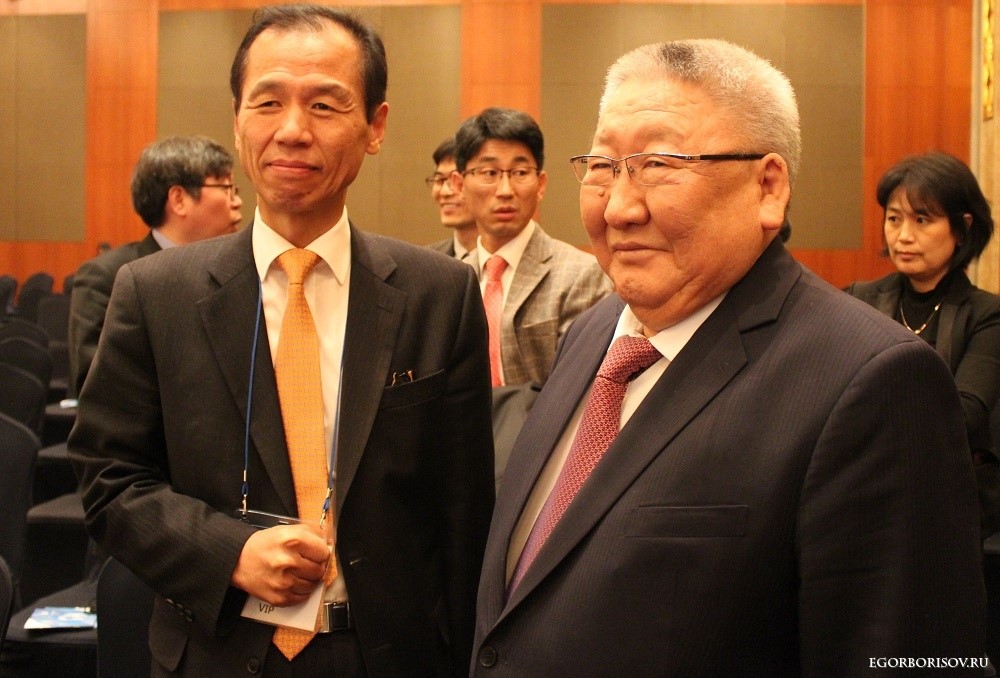 Head of the Sakha Republic and Chair of the Northern Forum Egor Borisov has met the Governor of Gangwon Province Choi Moonsoon during an economic investment forum “Invest in the Far East!” held in Seoul early this week. Mr. Borisov and Mr. Choi have discussed a variety of topics of Sakha-Gangwon cooperation – innovation policies, medicine, sports, tourism development and others. Gangwon Province representatives have recently visited Sakha Republic to attend the International conference on sustainable development in the Arctic. Mr. Choi has promised that Gangwon Province will arrange a delegation to participate in the Northern Forum General Assembly in Yakutsk in September 2015 and is welcome to meet Sakha delegations in Gangwon any time. Gangwon capital city Pyeonchang is the next Winter Olympics host city, scheduled on 2018.