Nils Andreassen: Why sanctions, why not a good neighbor policy? 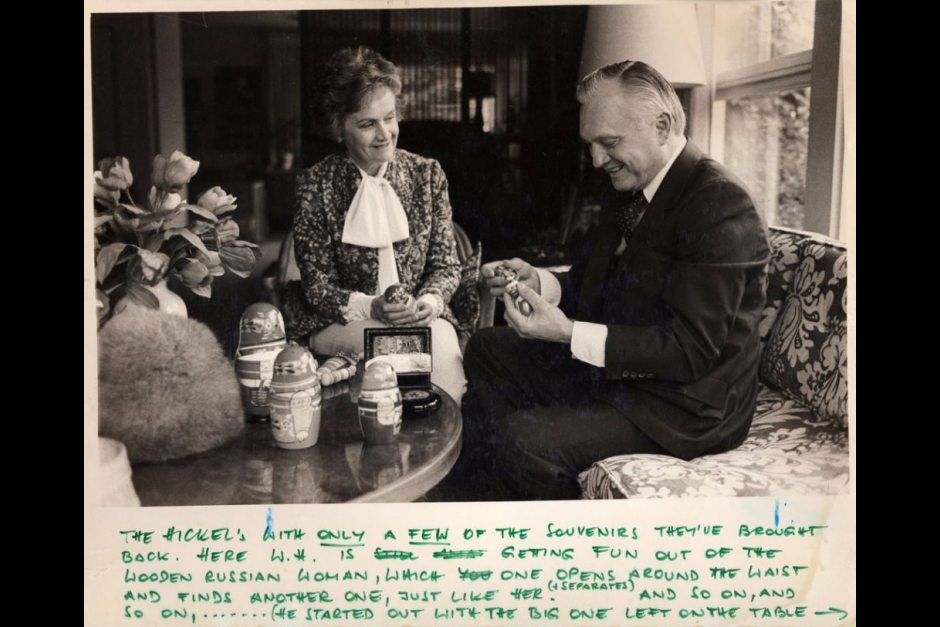 The late Gov. Wally Hickel, in a speech to the United Nations, once posed the question, “Why war, why not big projects?” He went on to call for larger investments in infrastructure development, especially in the Arctic, where lack of infrastructure is a barrier to prosperity. This grand vision included stronger co-operation with Russia and other northern regions.

I’m just returning from a very positive and productive trip to Yakutia/Sakha Republic in eastern Russia, where I was struck by the similarities between that region and Alaska, struggling to deliver affordable energy to remote communities, develop appropriate transportation infrastructure and benefit from a strong resource-based economy. Alaskans know this scenario well. I was also sensitive to the impact sanctions are having on Russia’s economy: Communities and individuals are tightening their belts and making do with less at a time when a changing climate and increased activity in the Arctic demands more investment and effective governance. That doesn’t seem like it is in Alaska’s best interests, nor does it feel right, when Alaska and the Russian Arctic could work together for mutual benefit.

Pictured: The late Wally Hickel and his wife Ermalee look at souvenirs they brought back from a trip to Yakutsk in 1980.

After my recent visit, I returned with the idea that Alaska could adopt a “good neighbor policy” that has us working with the northern regions of Russia to solve common challenges. Actually, we can build on the sister cities' relationships that many Alaskan communities have, including the one that exists between Fairbanks and Yakutsk, the capital of Yakutia.

As a first step, Alaska can lead in the sharing of best practices as it relates to more affordable heat and power delivery, renewable and alternative energy development and conservation and efficiency strategies. We need a bilateral working relationship between Alaska and northern Russian regions -- Alaska’s newly elected governor can provide strong leadership in the form of an energy olive branch.

This bilateral framework on energy lets Alaska leverage its expertise in this field, drawing on the University of Alaska Fairbanks' Alaska Center for Energy and Power, the Cold Climate Housing Research Center, and the Alaska Energy Authority. There are also a number of partners to draw from in the private sector and from communities that are at the forefront in considering and implementing innovative solutions. Alaska is a world leader in microgrid development and especially wind-diesel integration. The state has also made significant investments in emerging energy technology and renewable energy adoption.

What does Alaska or the U.S. get out of it? The U.S. gets a chance to live up to its commitment to an Arctic that is a “model of cooperation” and a conflict-free zone. Alaskans create an entrepreneurial opportunity for both business development and applied research on science and technology. Most importantly, these are the actions of a good neighbor, one to whom Russian regions can turn in years to come as climate change, offshore development and shipping deliver a new Arctic paradigm. Alaska will need strong partners on the other side of the Bering Strait.

Beyond this, Alaska should consider rejoining the Northern Forum and, in fact, offer to chair it during these upcoming two years. Bolstering the Northern Forum as a platform for northern region governors to speak as one about shared priorities is incredibly important, and Alaska’s leadership would bring old members back and new members to join. This people-to-people approach is especially critical when nation-to-nation isn’t working.

In Yakutia I found warm hearts, keen intellects and sharp wits. Even better, I heard again and again a commitment to circumpolar cooperation. Gov. Hickel anticipated this more than 40 years ago and worked to strengthen these relationships throughout his career. He was there just a decade ago, in fact, and those friendships still stand strong. To rephrase Hickel, “why sanctions, why not a good neighbor policy?” Alaska’s leadership is critical right now and establishes a working relationship that will be very necessary in the coming years.

Nils Andreassen is executive director of the Institute of the North.

The views expressed here are the writer's own and are not necessarily endorsed by Alaska Dispatch News, which welcomes a broad range of viewpoints. To submit a piece for consideration, e-mail: