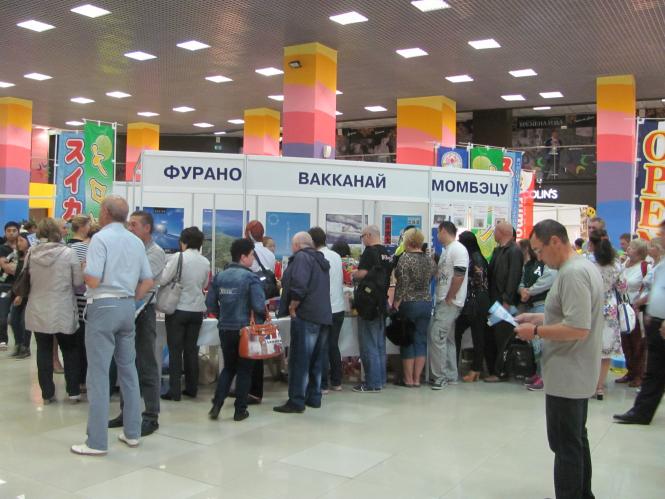 Yujno-Sakhalinsk held The Northern Hokkaido-2014 exhibition fair in the local City Mall. 9 cities of Hokkaido such as Wakkanai, Rumoi, Mombetsu, Sibetsu, Nayoro, Furano, Fukagawa, Asibetsu and Asahikawa presented their products. The regional center held the exhibition fair in twice, but anyway it caused panic buying among clients – the shops were full of various products and when people managed to squeeze way through a crowd and to buy something, they left the exhibition with huge packages.

When officials of Japan and Russia were solemnly opening the exhibition and breaking barrels with sake, there were formed huge crowds of fans of Japanese goods. There were also some life-size dolls, and not only children but also adults made a picture with dolls with great pleasure. The exhibition fair lasted for two days.