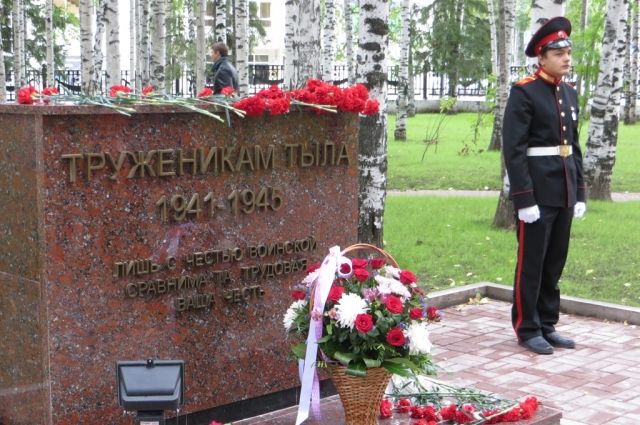 The new memorial "To the Workers on the home front" has been opened in Khanty-Mansiysk on September 2, 2014. The meeting brought together representatives of government, noncommercial association, municipal enterprises, war veterans, youth and cadets. The inscription on the commemorative token, established in Khanty-Mansiysk, says: "We can compare your labor honor only with your honor of military  experience”.

The initiators of perpetuation the memory of the workers on the home front were veterans - they were supported by local authorities.