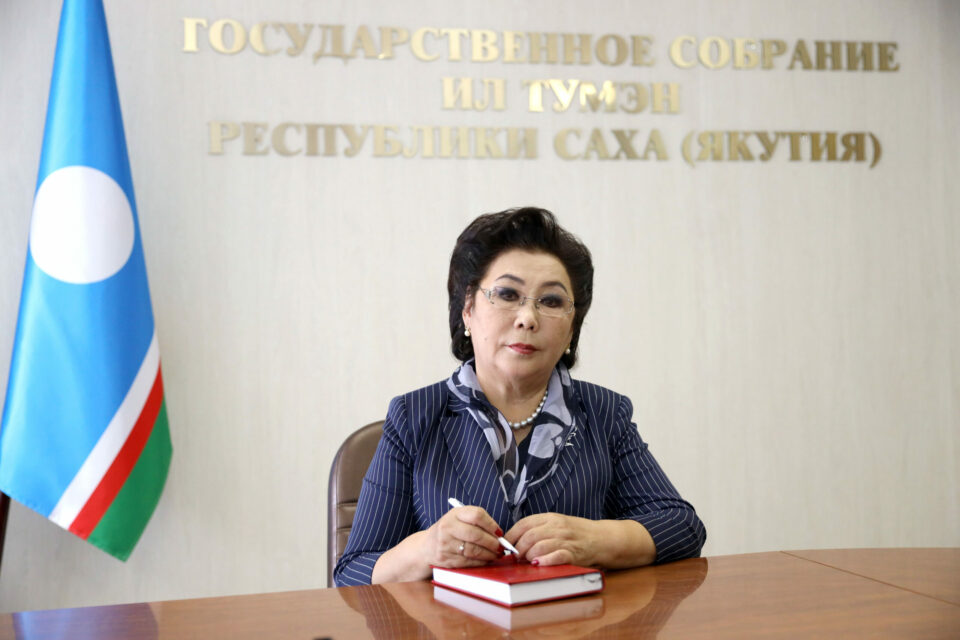 Feodosia Gabysheva, Chair of the Committee on Science, Education, Mass Media and Public Organizations of the State Assembly of the Sakha Republic (Yakutia) (Il Tumen) told about the results of her business trip to Krasnoyarsk.

The series of meeting were held there at the Ministry of Education and Science, the Agency of the Northern Territories Development and Support of Indigenous Peoples of Krasnoyarsk Krai, and the Legislative Assembly of Krasnoyarsk Krai. Also, there a working meeting of the Northern Forum Education and Science Working Group was held, which discussed the Children of the Arctic Program, nomadic education, environmental education and experience of implementing the pre-university education programs for the applicants living in the North and Arctic regions of Russia, including the indigenous peoples of the North, Siberia and Far East.

“The meetings were very informative. Firstly, we discussed the expansion of the Children of the Arctic Program. Today, the program includes the activities to preserve languages. It is necessary to include the issues of infrastructure development of remote settlements. In this regard, we had a meeting with Sergey Kozupitsa, Deputy Chairman of the Government of Krasnoyarsk Krai, who supervises the construction issues”, the Deputy said.

In addition, Feodosiya Gabysheva noted the importance of expanding the Children of the Arctic State Program taking into account all specifics of the country’s Arctic regions. It is particularly relevant for the children’s health issues, high-quality educational program, children’s recreation and health improvement, activities to preserve native languages, scientific support and digital equality.

“We have studied great practices of the Siberian University. They launched a project to study all subjects, the university offered its free of charge support in preparing for the state exam. Lecturers work with the kids, and tutors help them. This is provided for free as the government order. We recommended to apply to the Ministry of Science and Higher Education of Russia and Ministry for the Development of the Russian Far East and the Arctic to include this aspect of work in the work plan of the Children of the Arctic Program”, said Feodosia Gabysheva, Deputy of the State Assembly of the Sakha Republic (Yakutia) (Il Tumen).

In conclusion, Feodosia Gabysheva noted that all the areas of the Northern Forum activities, including business cooperation in the North, culture, health, environment, creative industry, adaption to climate change, permafrost, humanitarian aspects, and transport continue to be implemented.