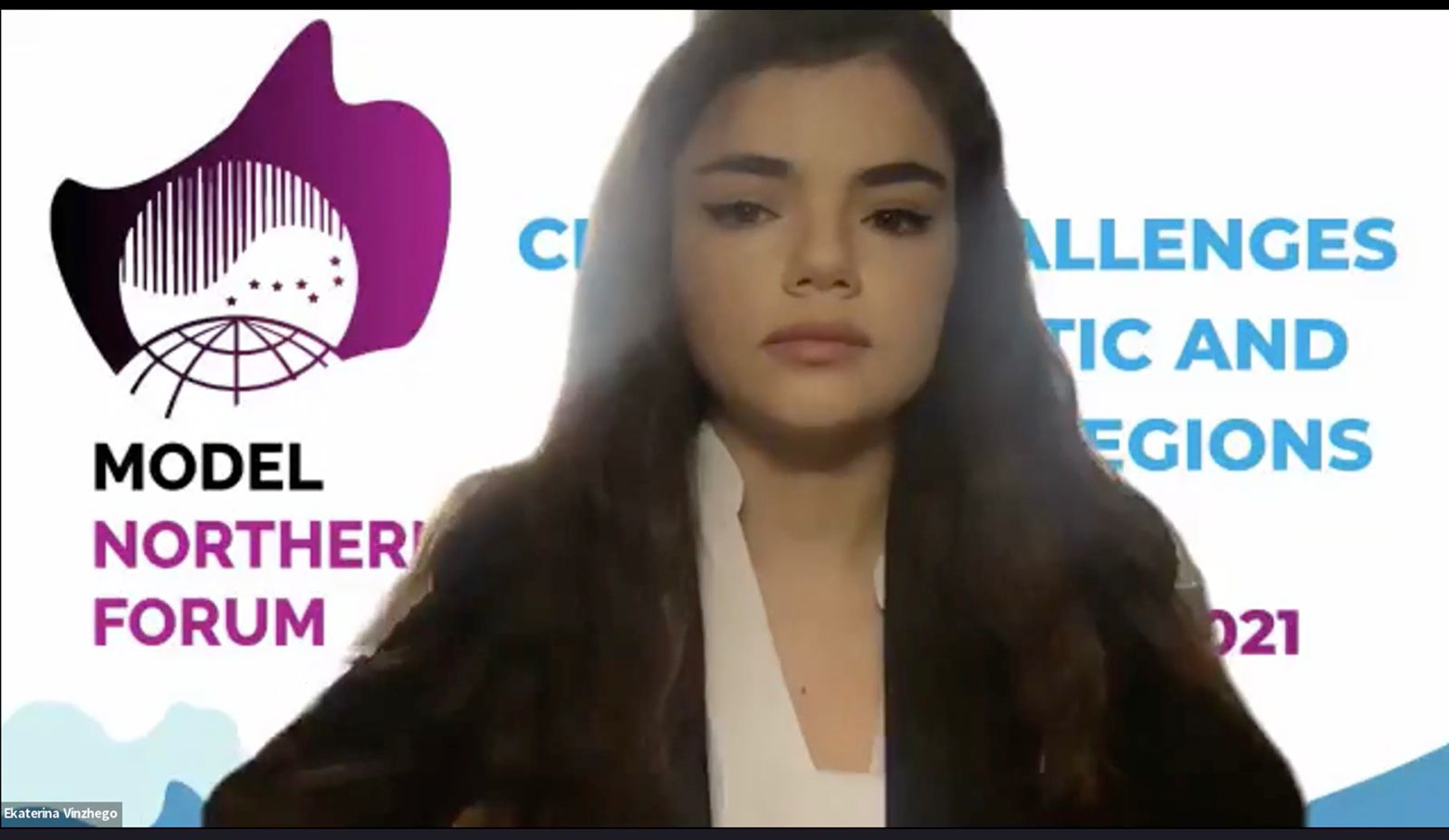 On December 1-2, the Northern Forum Model took place online, with pupils, students from Russian and foreign universities, young researchers and experts from a number of Russian regions and foreign countries. The event was held in English.

Agenda of the Model Northern Forum 2021 was "Current climate challenges in the Arctic and Northern regions".

On the first day of the MNF program, guests of honor and experts made speeches and lectures:

Savina Alekseeva, coordinator of the Northern Youth Forum, head of the partnership and acceleration programs department of the Yakutia Venture Company;

Alexander Sokolov, Deputy Director of the Arctic Research Station of the Institute of Plant and Animal Ecology of the Ural Branch of the Russian Academy of Sciences, Candidate of Biological Sciences;

Nikita Tananaev, Chair of the Working Group & Leading researcher of the Melnikov Institute of Permafrost Studies of the Siberian Branch of the Russian Academy of Sciences and the Ammosov North-Eastern Federal University

Arseny Kirgizov-Barsky, Assistant to the Chairman of the IEA BRICS, Youth Delegate from Russia to the UN Climate Change Conference in Glasgow, First Secretary of the Arctic Club of MGIMO.

As Savina Alekseeva noted, the Northern Forum Model is a unique opportunity to implement ideas. The project is aimed at popularizing knowledge about the prospects for the development of the Arctic, sharing experience and knowledge in the format of modeling the activities of the bodies of an international organization, developing proposals and projects to solve the problems of the Northern regions.

The event was organized by:

On the part of MGIMO of the Ministry of Foreign Affairs of Russia the organization of the event and moderation of the sessions of the Model Northern Forum was carried out by Ekaterina Vinzhego, chairperson of the MGIMO Arctic Student Research Club.

On behalf of the team of the club "Arctic" MGIMO we would like to thank:

We wish the model participants further achievements in research activities and look forward to meeting with researchers of the Arctic region at the next events!