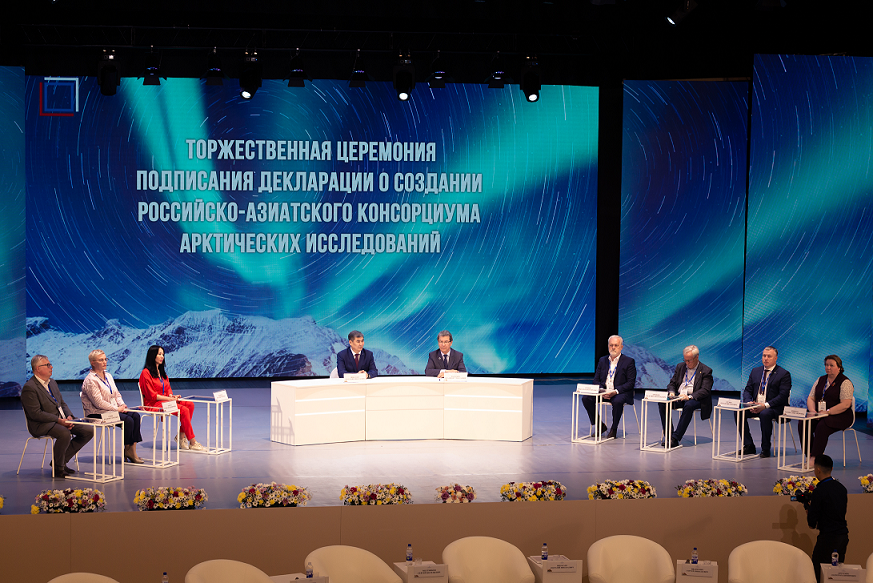 The Russian-Asian Arctic Research Consortium was created on the initiative of the International Organization of the Northern Regions The Northern Forum and the North-Eastern Federal University (NEFU) on June 11 in Yakutsk, Republic of Sakha (Yakutia).

“NEFU, due to its geographical location, can act as a bridge connecting the Arctic and Asia. The idea of ​​the Consortium is to create a mechanism for the implementation of joint project activities to study topical issues of sustainable development of the regions of the North and the Arctic, as well as to develop joint interdisciplinary courses and exchange programs in order to develop cooperation in the “Arctic-Asia” direction, which will contribute to the expansion of international relations of Russia with the countries of Asia in the face of new global challenges,” said Daryana Maksimova, Deputy Executive Director of the Northern Forum, Acting Head of the Department of International Studies of the Institute of Foreign Philology and Regional Studies of the NEFU. 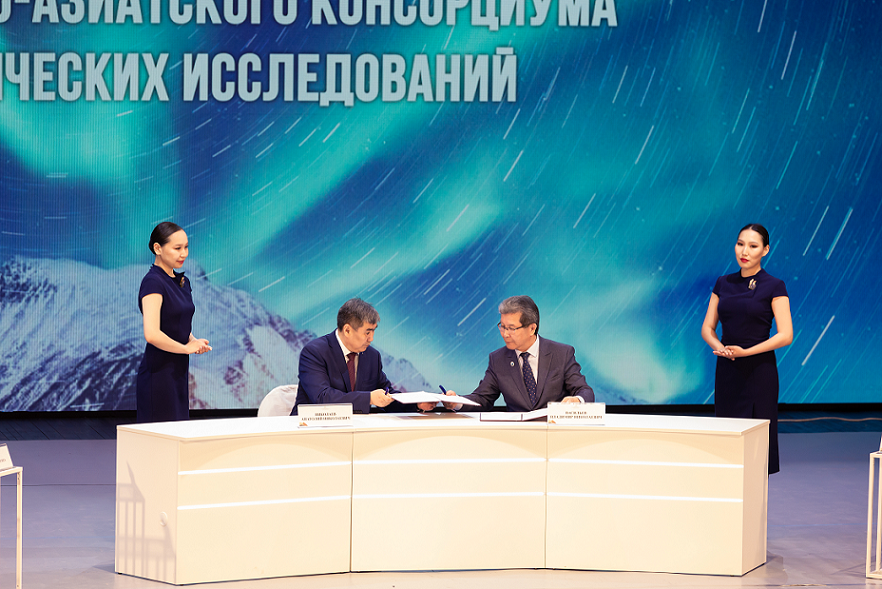 The Oceanological University of China, Yugra State University (Khanty-Mansi Autonomous Okrug), Taimyr College (Krasnoyarsk Territory), National Research Tomsk State University, Murmansk State Technical University, Committee of St. Petersburg for the Arctic Affairs, North-Eastern State University (Magadan), Institute of Economics and Organization of Industrial Production of the Siberian Branch of the Russian Academy of Sciences (Novosibirsk Region), Petrozavodsk State University (Republic of Karelia), Nenets Agrarian and Economic College, Association for the Development of the Export Potential of Education. Negotiations are underway with the Harbin Polytechnic University (China), the Scientific Center for the Study of the Arctic (Yamal-Nenets Autonomous Okrug). A proposal for membership has also been sent to the Korea Maritime Institute, the National Center for Polar and Oceanic Research (India). Further work to attract members of the Consortium will be carried out in such countries as Vietnam, Singapore, Hong Kong. 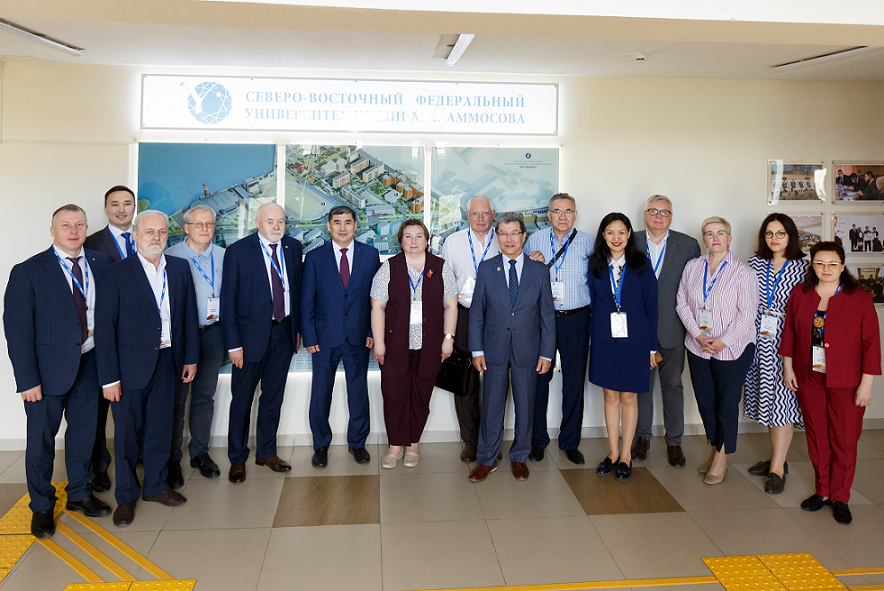 The basis for the consortium is the concept of sustainable development, which has become key for the Arctic region. Asian countries are increasingly showing particular interest in the possibilities of the Arctic region. Today, scientific and educational organizations around the world, including Russia and Asia, are one of the key drivers of regional development, striving to contribute to the achievement of the Sustainable Development Goals (SDGs), which were adopted by the UN in September 2015. There are more than 50 Russian universities that have close educational and scientific ties with 18 organizations from Asian countries. 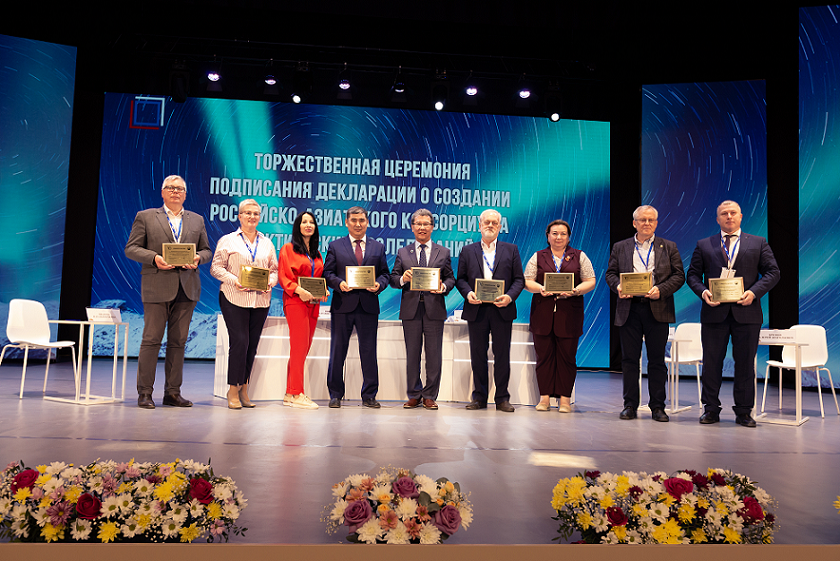 “Given the geopolitical challenges and the rapidly changing agenda of international cooperation in the Arctic, it is necessary to create relevant formats for interaction between leading universities, research centers and public organizations, representatives of business and government in Russia and Asian countries in order to enhance scientific cooperation, conduct joint research, academic mobility and opportunities to create joint educational programs,” says Daryana Maksimova.

In addition, active cooperation between Russian and Asian universities will make it possible to unlock the deep research and logistics potential of the Arctic, to present the Arctic topics in a new, Russian-Asian perspective, the initiators of the Consortium are sure.

Areas of activity include natural sciences, social sciences, humanities and international cooperation. It is expected that during this year the Consortium’s project activities will cover research on the Northern Sea Route, investment, tourism and social problems in the Arctic, Arctic energy systems, natural resources and industrial development in the Arctic, environmental problems in the North, climate change and permafrost, biodiversity issues in Arctic. Scientific dialogue includes Russian-Chinese, Russian-Indian and Russian-Korean seminars. In 2022, it is planned to organize international events: the Arctic Winter and Summer Schools, the IV Northern Sustainable Development Forum in Yakutsk, the Youth Startup Forum in Khanty-Mansiysk, the Arctic Forum on Resilience in Murmansk, the Association of Sino-Russian Technical Universities on Arctic Research Forum.