The Summer Regional Coordinators Committee Meeting of the Northern Forum was held on June 6-7 in Khanty-Mansyisk, Khanty-Mansyisk Autonomous Okrug - Yugra 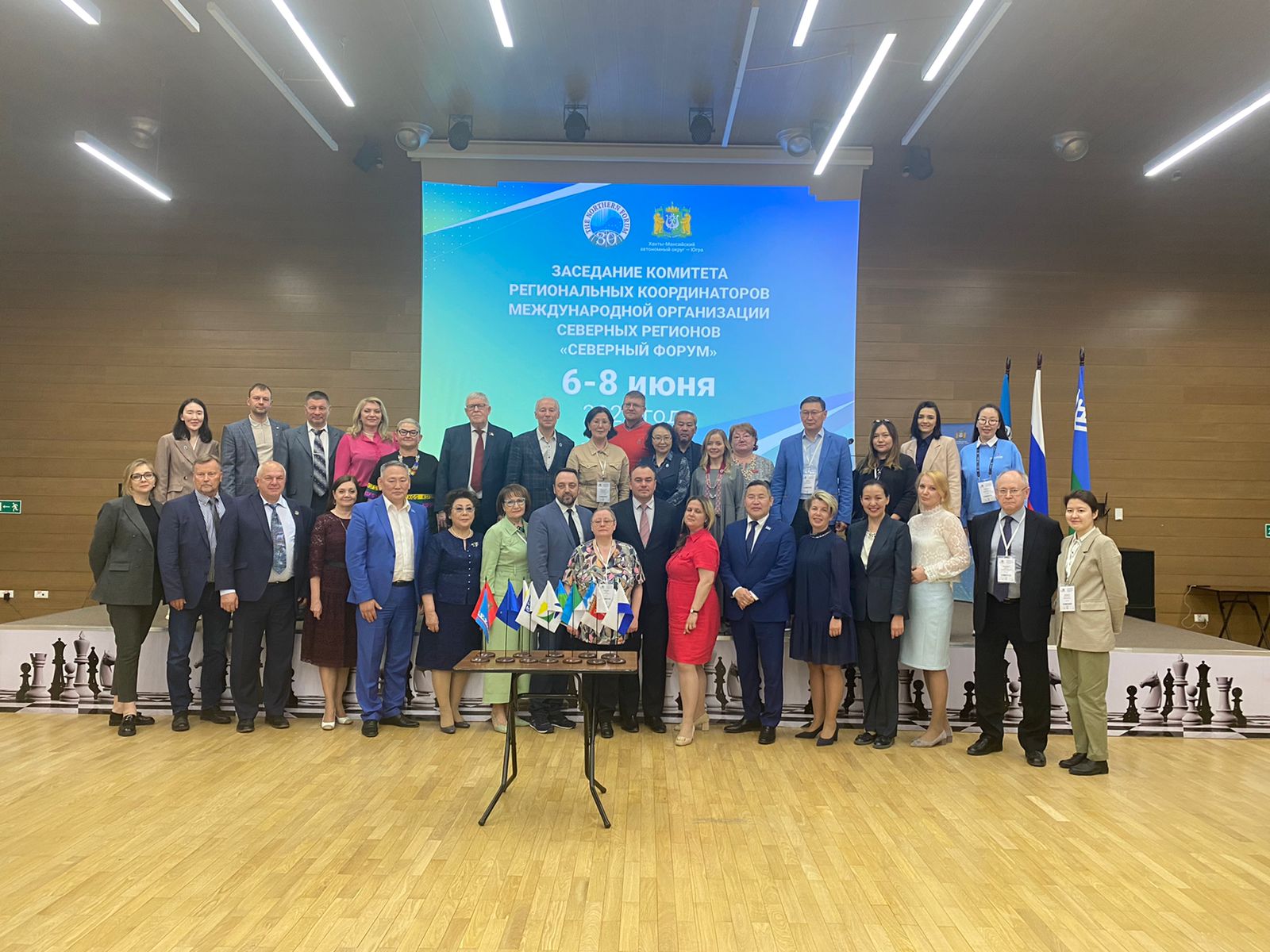 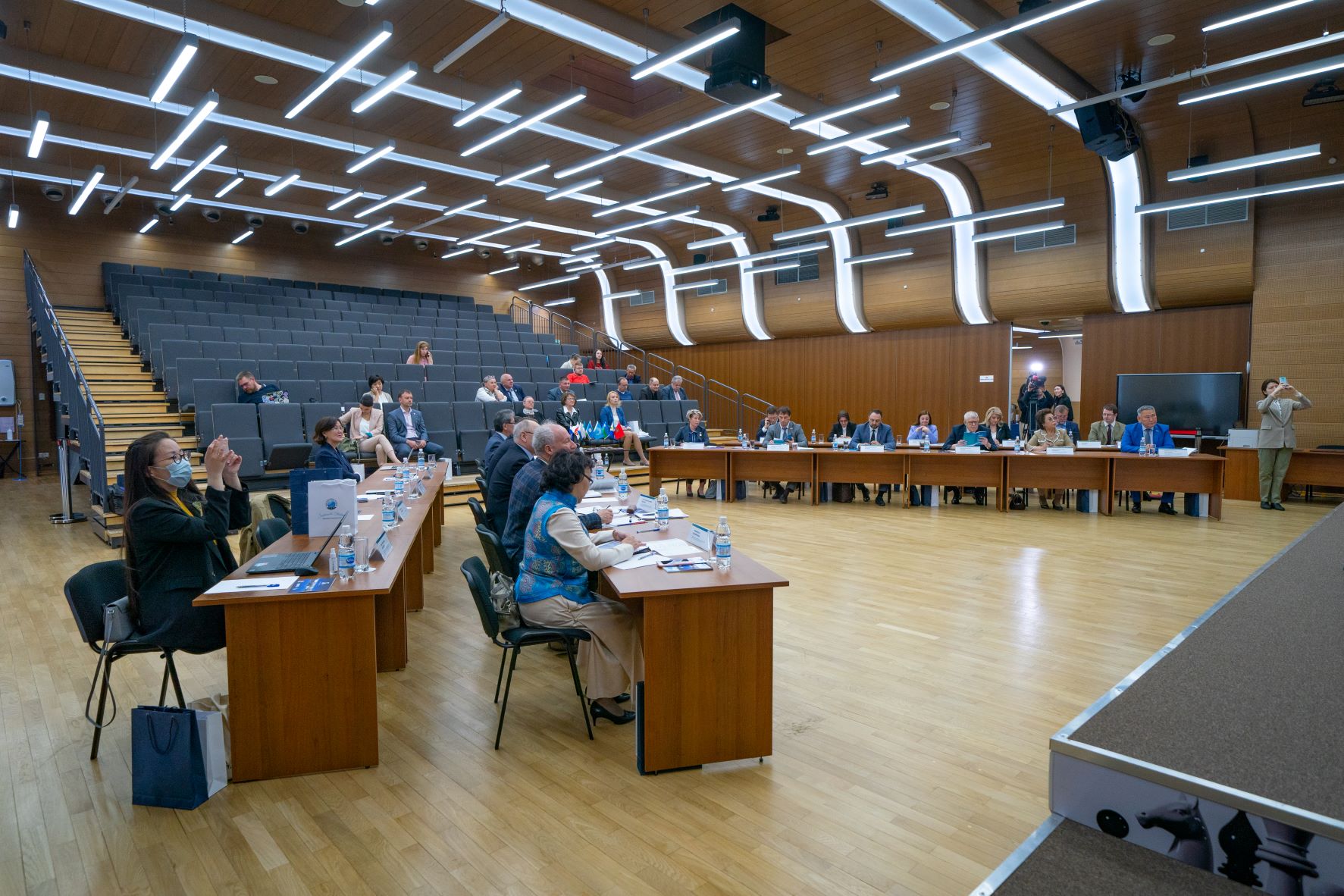 The participants of the Meeting, represented by the Regional Coordinators, the Northern Forum Secretariat, Goodwill Ambassadors, Chairs and members of the Working Groups, partners, project leaders and winners, discussed current issues and put forward proposals for the NF further activities. 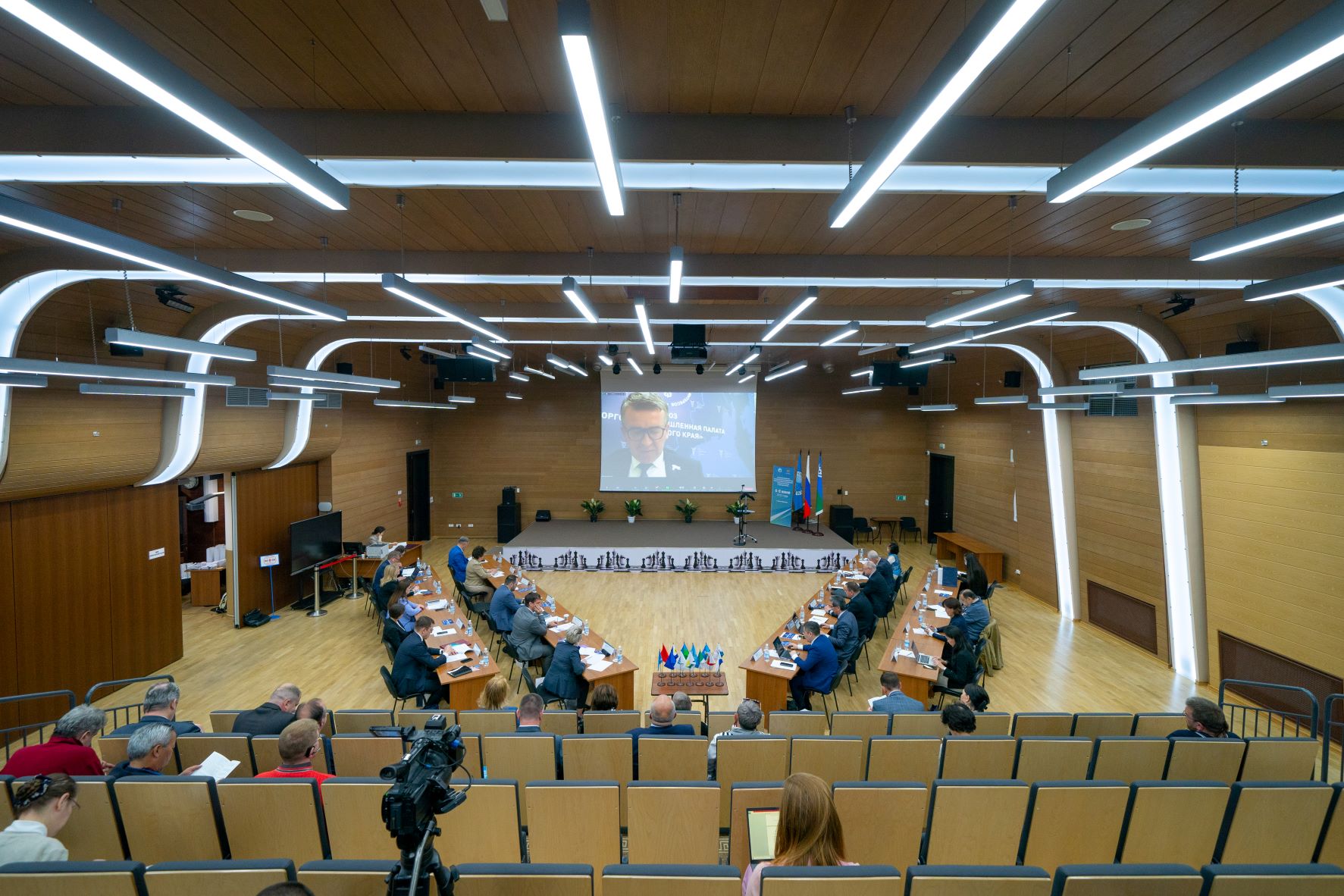 The Meeting approved a draft Northern Forum Development Concept document, aimed at expanding the geography of membership, offering the countries of the world to become the NF member regions or associated member regions.

The Regional Coordinators supported the draft Concept with some adjustments and proposed to present the document at the Governors Summit. 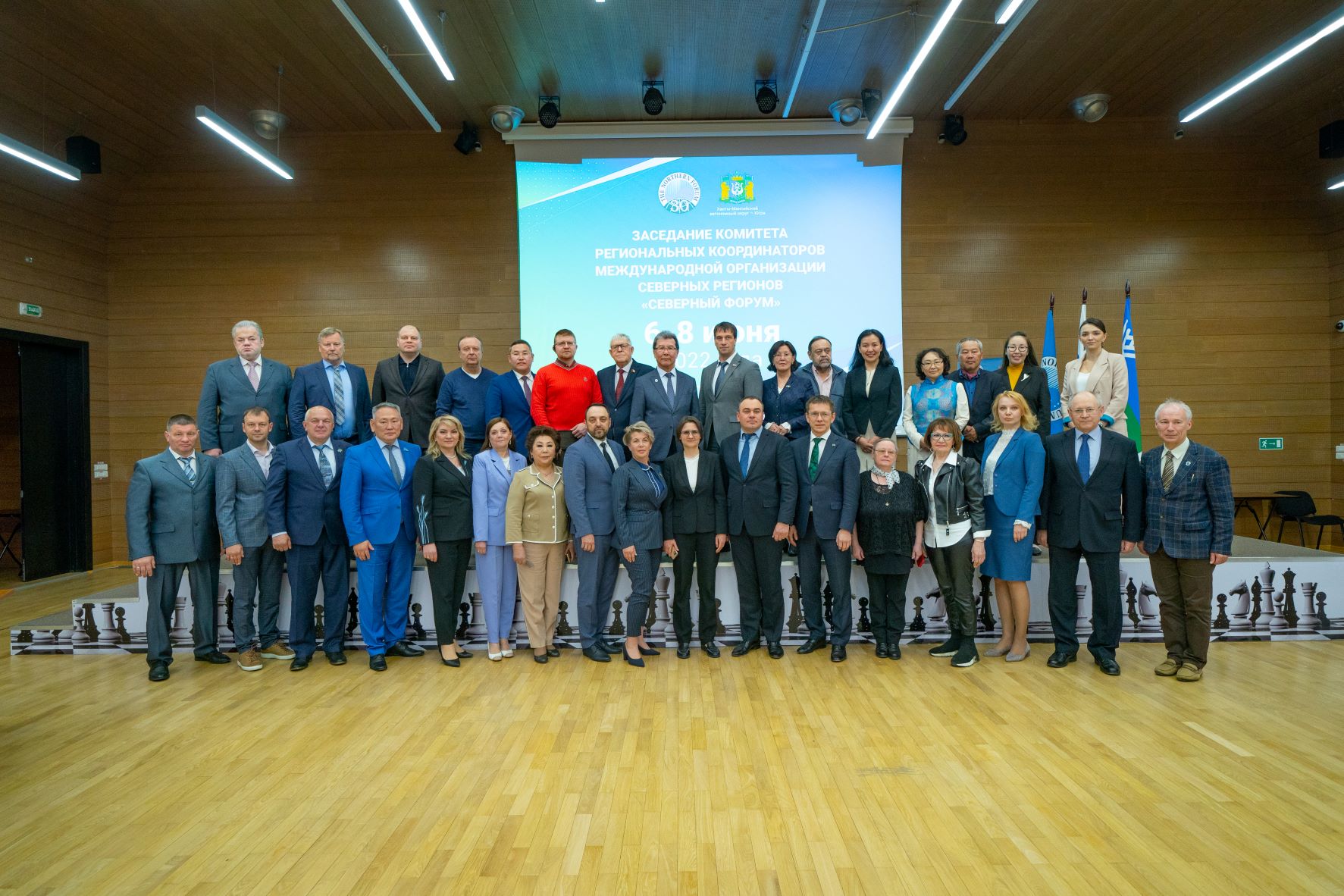 The Meeting participants supported the proposal of switching to Russian rubles for the regions and business partners from the Russian Federation, as well as introducing of a new category of membership - associated member regions of the Northern Forum.

The NF Goodwill Ambassadors were approved and presented with a badge and a certificate:
Ms. Baljinnyam Amarzhargal, President of the Mongol-Sakha Cooperation Society, Chairman of the Board of the Foundation "Film Director B. Baljinnyam", Head of the travel company "Unique Journeys", member of the board of the company "Chinggis Film", Mongolia; 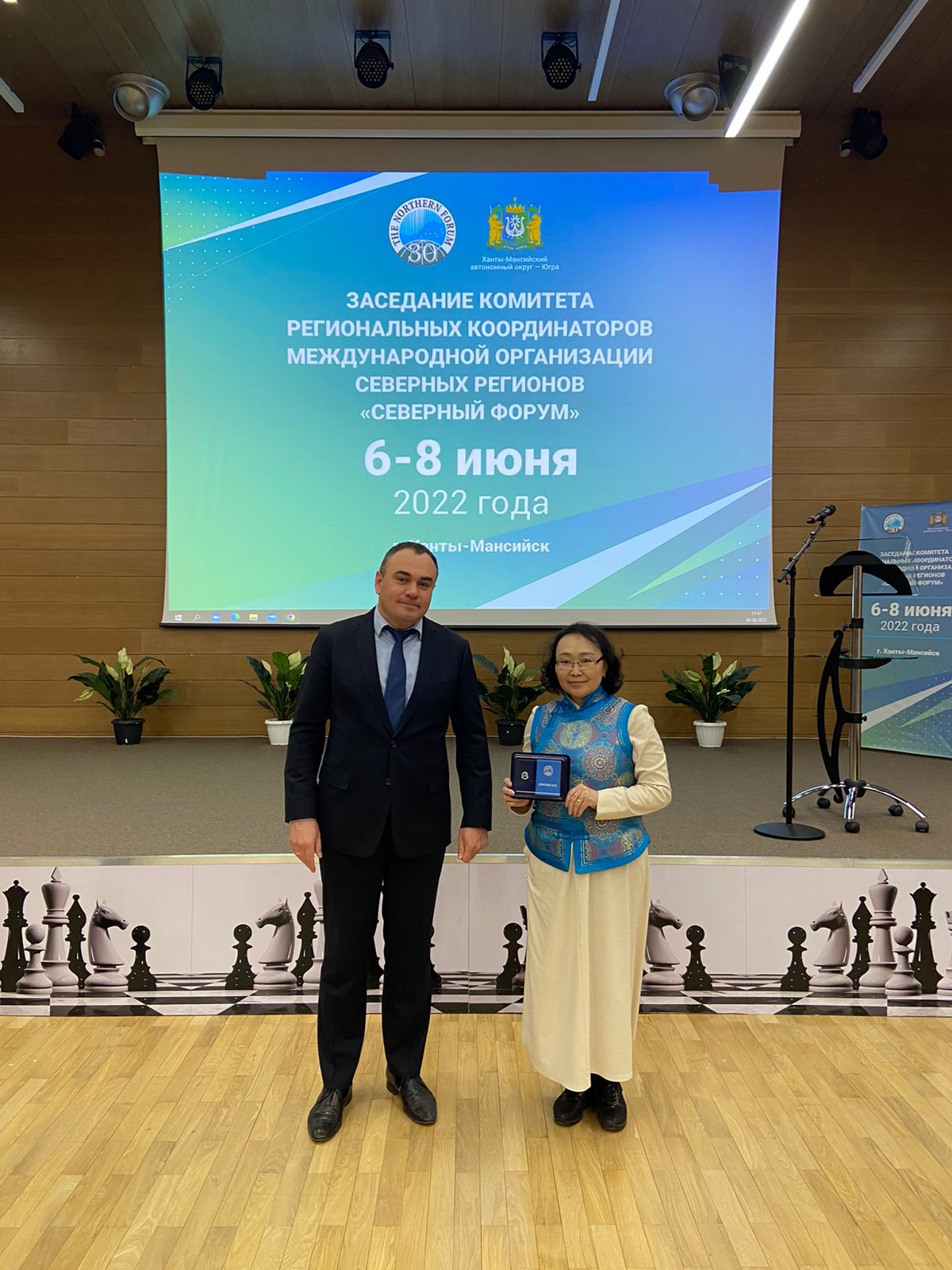 Mr. Anton Vasiliev, Ambassador Extraordinary and Plenipotentiary of the Russian Federation, Vice-President, Head of the Commission for International Activities of the Interregional Public Organization "Association of Polar Explorers", Special Advisor for Russia and the Asian Region of the International Assembly "Arctic Circle" (Iceland); 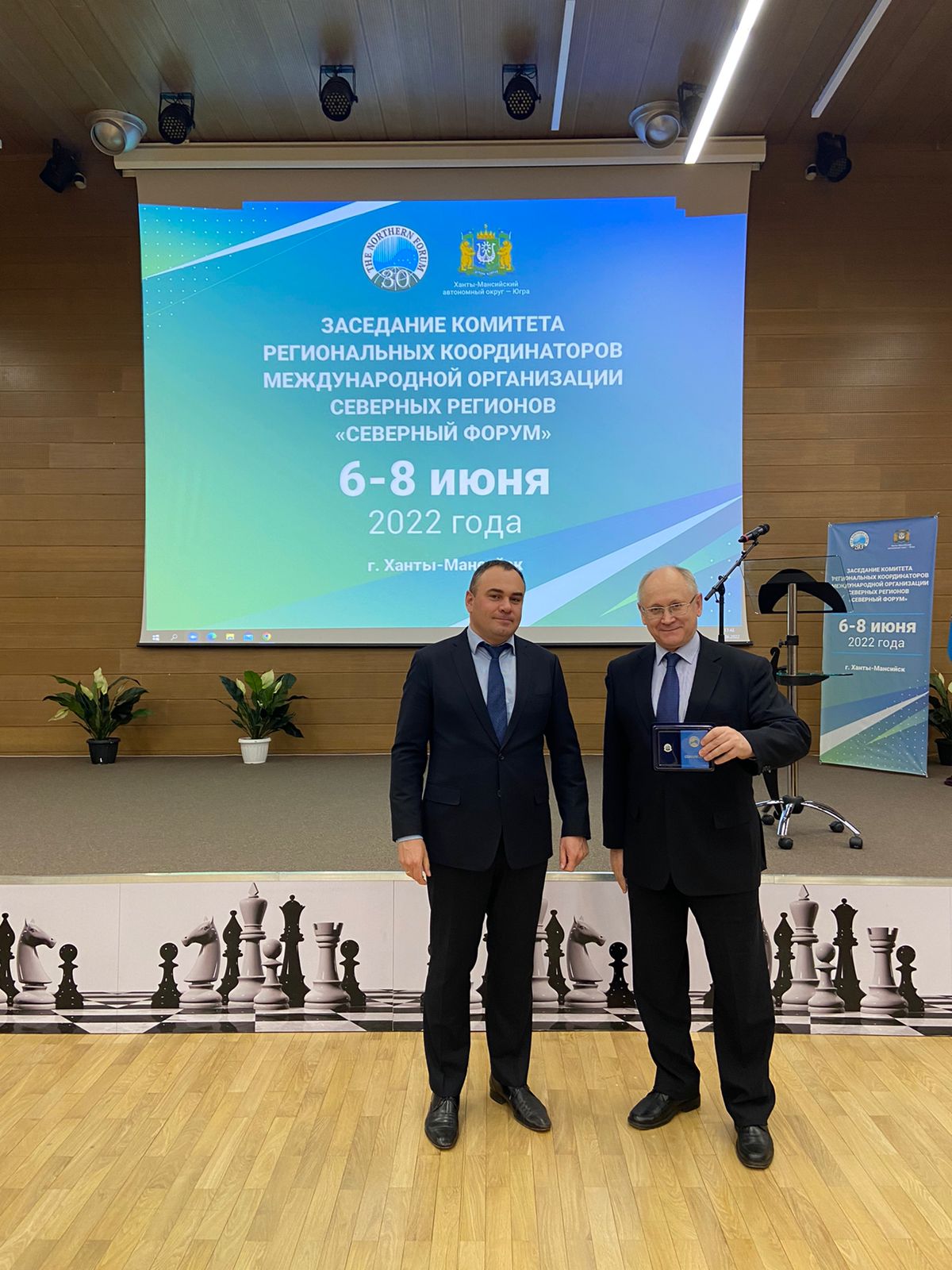 Mr. Guo Peixing, Professor, School of International Affairs and Public Administration, Ocean University of China, Executive Director of the Polar Center;
Mr. Heininen Lassi, Professor at the University of Lapland, Finland, Visiting Professor at the University of Trent (Canada) and the University of Akureyri (Iceland), Member of the Advisory Council of the International Assembly "Arctic Circle" (Iceland), Finland;
Mr. Alexander Shestakov, Director of the Global Arctic Program of the World Wide Fund for Nature in 2010-2018, Director (D1) of the Department of Science, Society and Sustainable Future of the Secretariat of the UN Convention on Biological Diversity in Montreal (Canada) in 2018-2021, expert in the field environmental protection, biodiversity and sustainable development, Russia;
It is planned to work closely with the renewed composition of Goodwill Ambassadors.

One of the main topics on the agenda of the Meeting was the discussion of the activities of the NF Working Groups, as well as the possibility of coordinating project activities through the interaction of Working Groups and business partners of the Northern Forum. 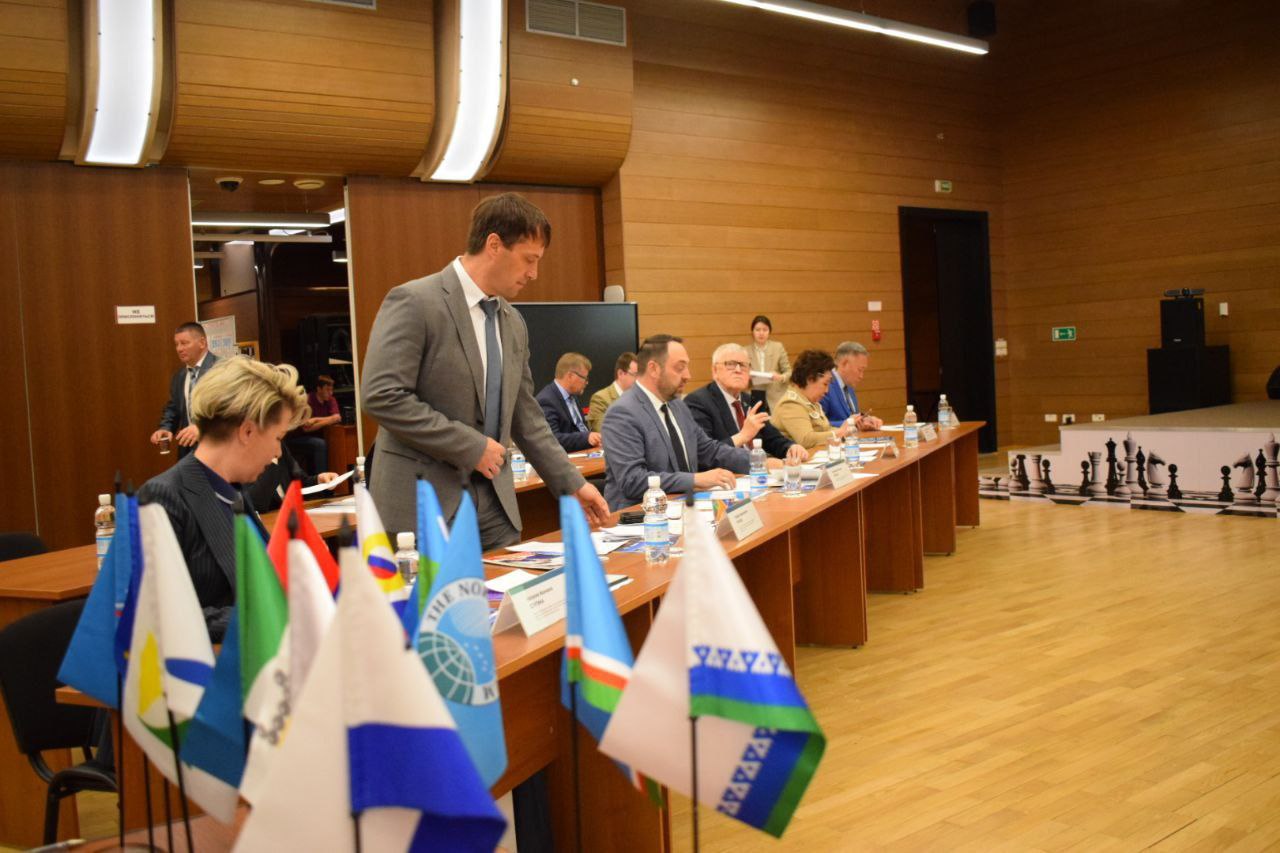 Within the framework of the RCC Meeting, a Meeting of the Working Group on Creative Industries was held, chaired by Mr. Eduard Isakov, Senator of the Russian Federation - Representative of Khanty-Mansyisk Autonomous Okrug - Yugra in the Federation Council.

As a result of the meeting of the Working Groups on June 7, several areas of future work for the long term were identified:
- revitalization of the activities of Working Groups through the development of project initiatives and participation in grant competitions;
- clarification and addition of the composition of the working groups, including the proposal to create the Working Group on Tourism chaired by the Chukotka Autonomous Okrug;
- inclusion in the list of priority projects of the Northern Forum of new initiatives of the member regions.

The event hosted a round table discussion of the Project Office for the Development of the Arctic, dedicated to the supply of canned food to the regions of the Arctic zone of Russia. The experts discussed issues of food security in the current international situation, as well as promising developments regarding the northern delivery and technology for the production of products for the Arctic zone. 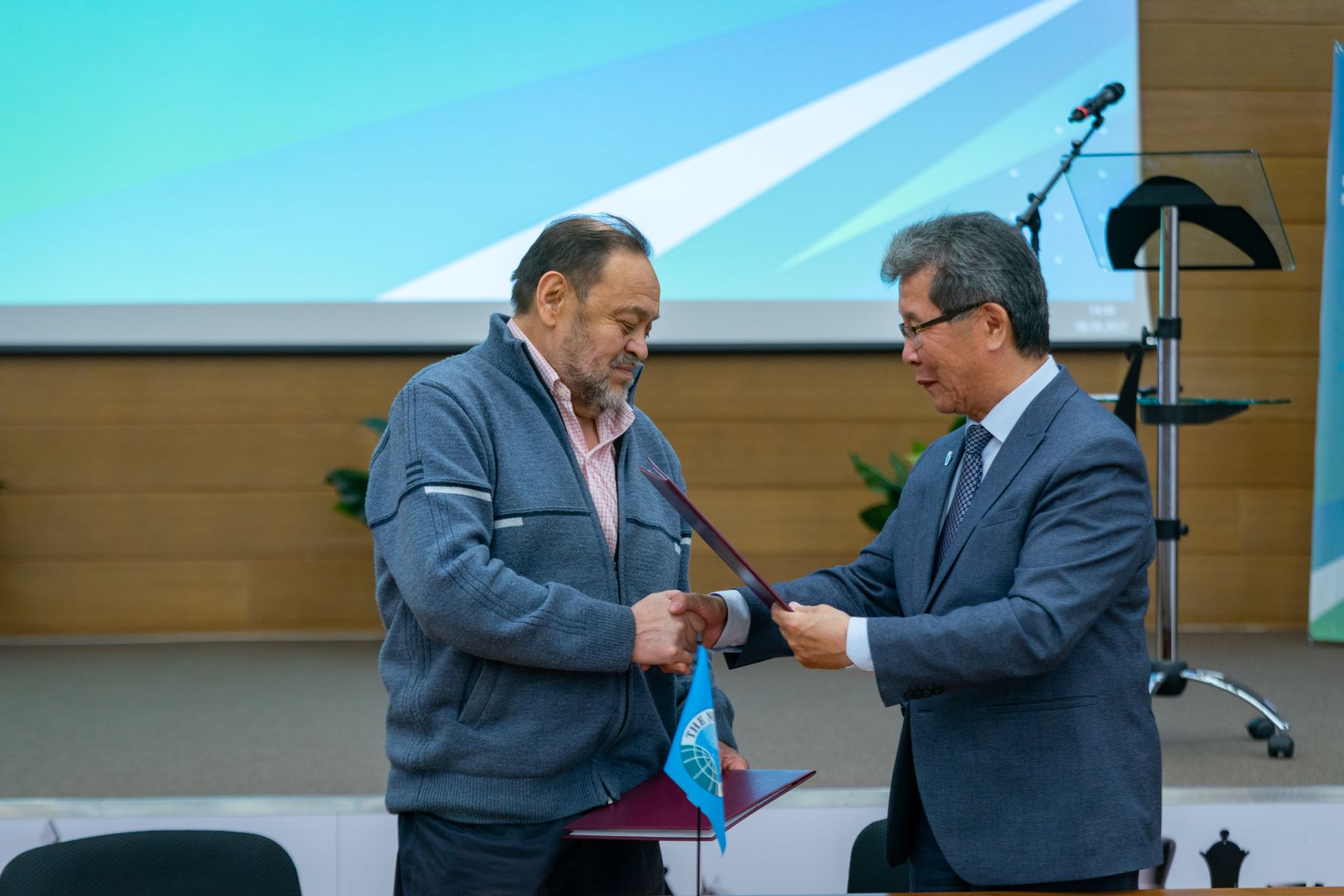 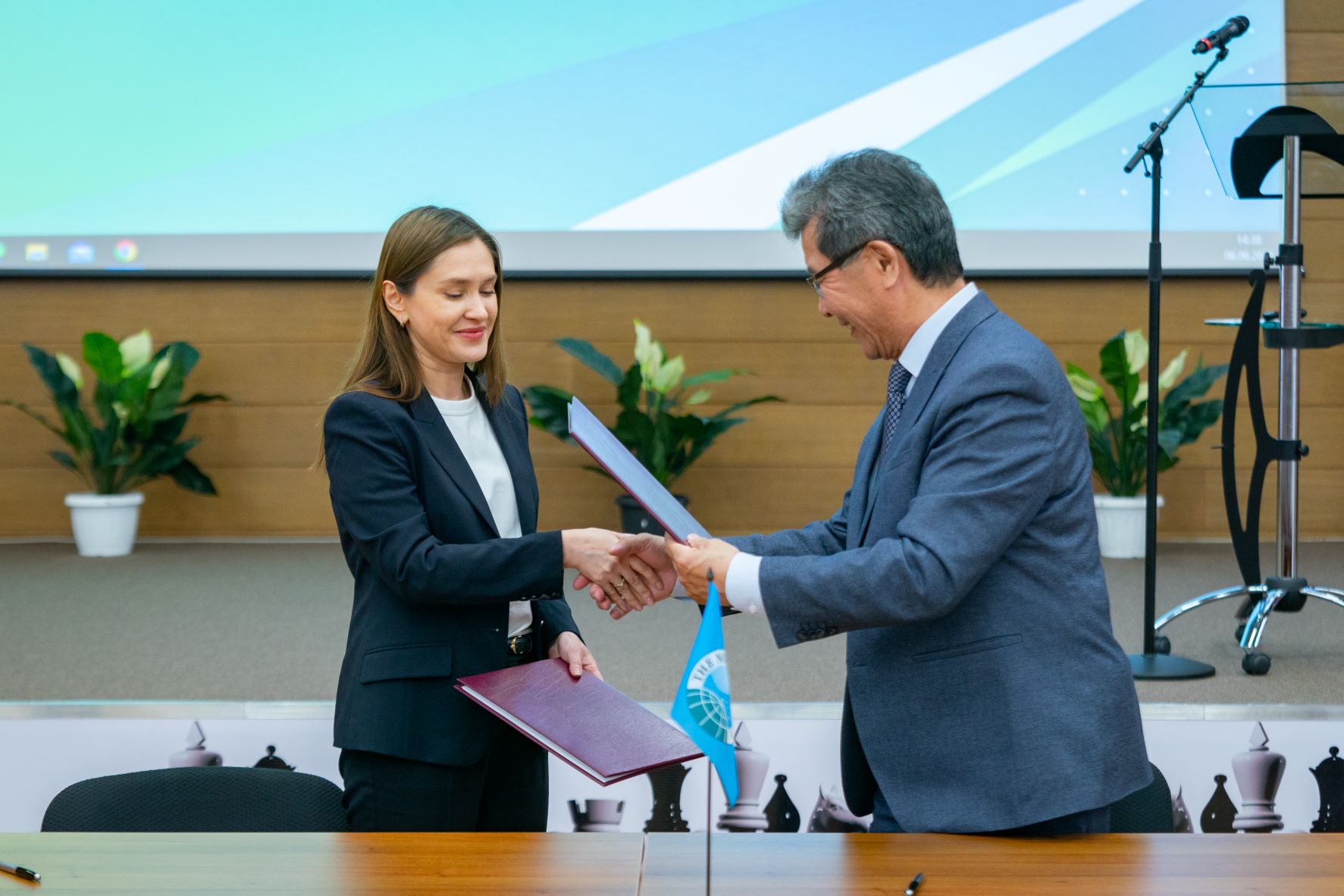 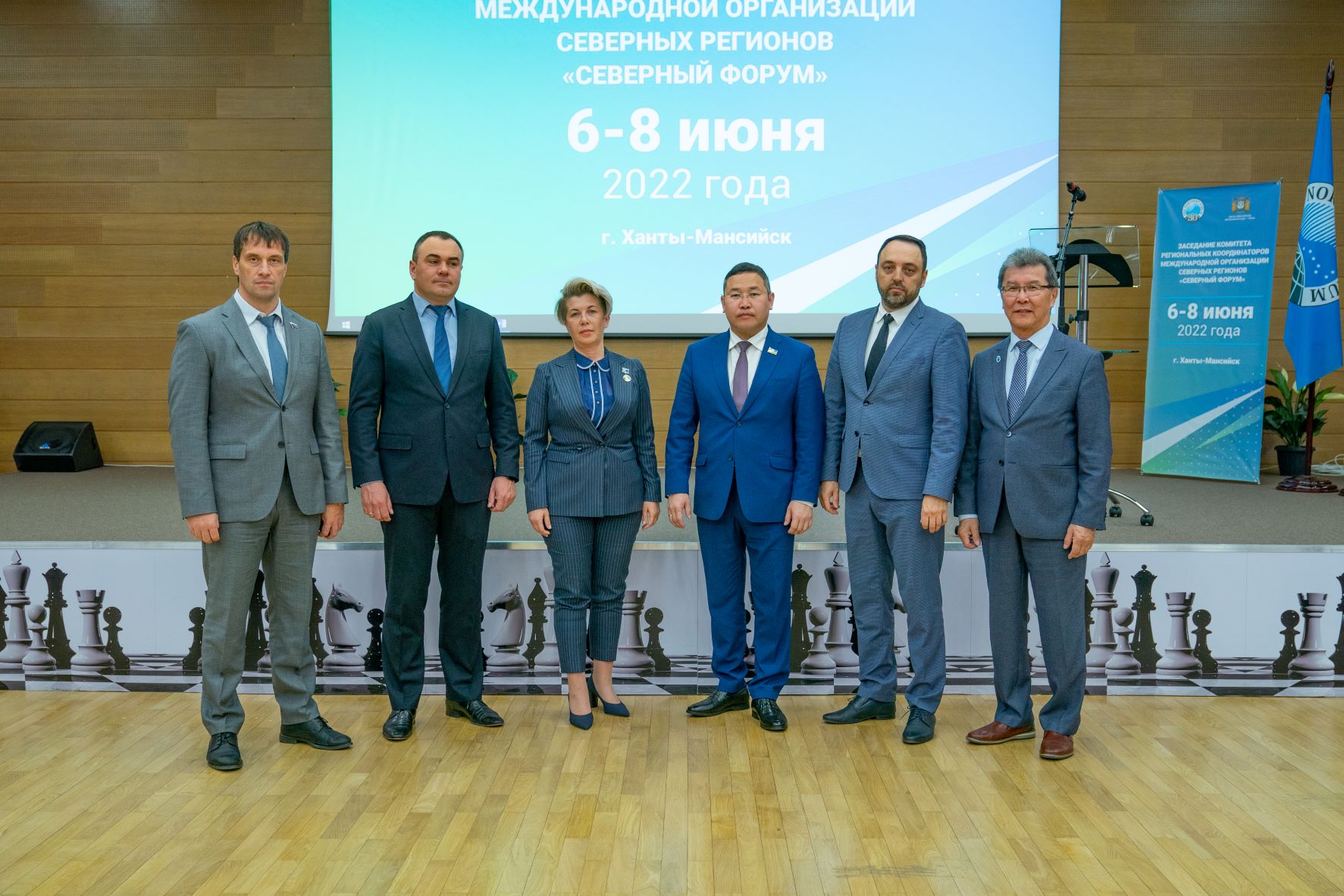 We express our sincere gratitude to the Khanty-Mansyisk Autonomous Okrug - Yugra for hosting the Northern Forum RCC Summer Meeting at a high level.