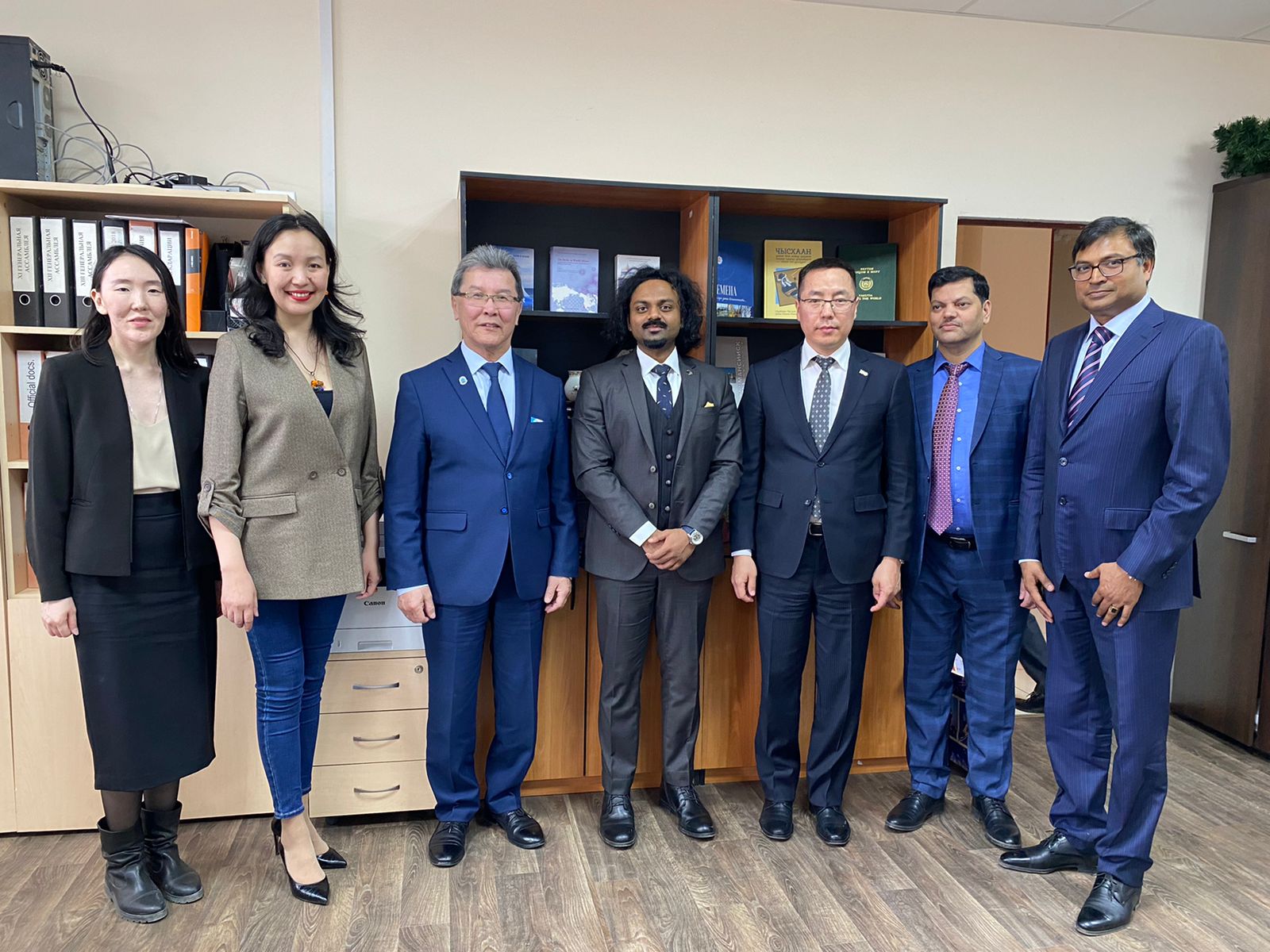 The meeting was attended by the Deputy Prime Minister – Permanent Representative of the Sakha Republic (Yakutia) in the Far Eastern Federal District Mr. Kim Borisov, attaché of the Representative Office of the Russian Ministry of Foreign Affairs Mr. Sergey Tarasov, specialist of the Ministry of External Relations and Ethic Affairs of the Sakha Republic (Yakutia) Mr. Nikolai Savvin and the staff of the NF Secretariat.

During the meeting, a number of issues were discussed regarding the prospects for mutual cooperation, in particular, the possibility of involving northern regions of India in the Northern Forum activities.

The Northern Forum Executive Director Vladimir Vasilev introduced the Consul General with the Northern Forum activities, the planned expansion of geography through advanced interaction with the regions of Asia and the plan of the upcoming main events. 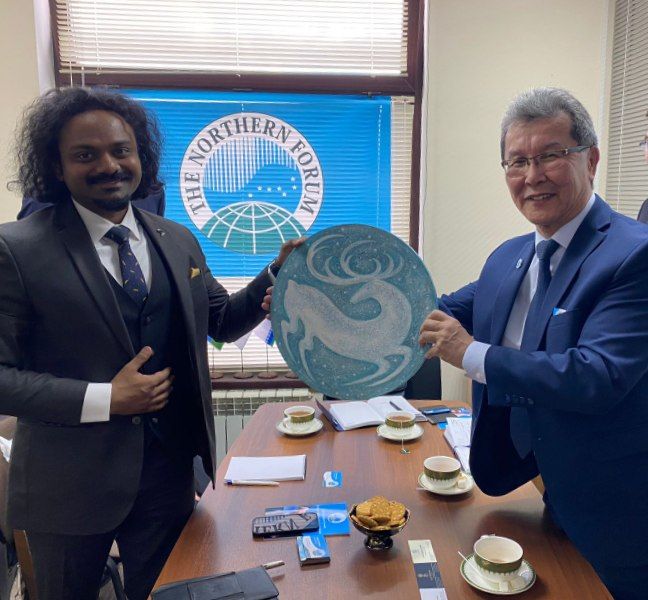 In turn, the Consul General identified the areas where India could be interested in cooperation with northern and Arctic regions, such as climate change, energetics, IT, public health. India has various exchange programs for advanced training and internships, which could be useful for the NF member regions. The General Consulate suggested to assist in ensuring the participation of young IT specialists in the Youth Startup Forum to be held on 8-9 June in Khanty-Mansyisk.

The parties expressed hope for further effective cooperation and readiness for close communication to establish and develop effective interaction between the Arctic Council observers: India, as an observer country, and the Northern Forum, as an observer organization.

Using this opportunity, we wish to express our gratitude to the Deputy Prime Minister – Permanent Representative of the Sakha Republic (Yakutia) in the Far Eastern Federal District Mr. Kim Borisov for his proposal to organize a presentation of the Northern Forum for diplomatic missions and trade representatives of foreign countries located in Vladivostok.