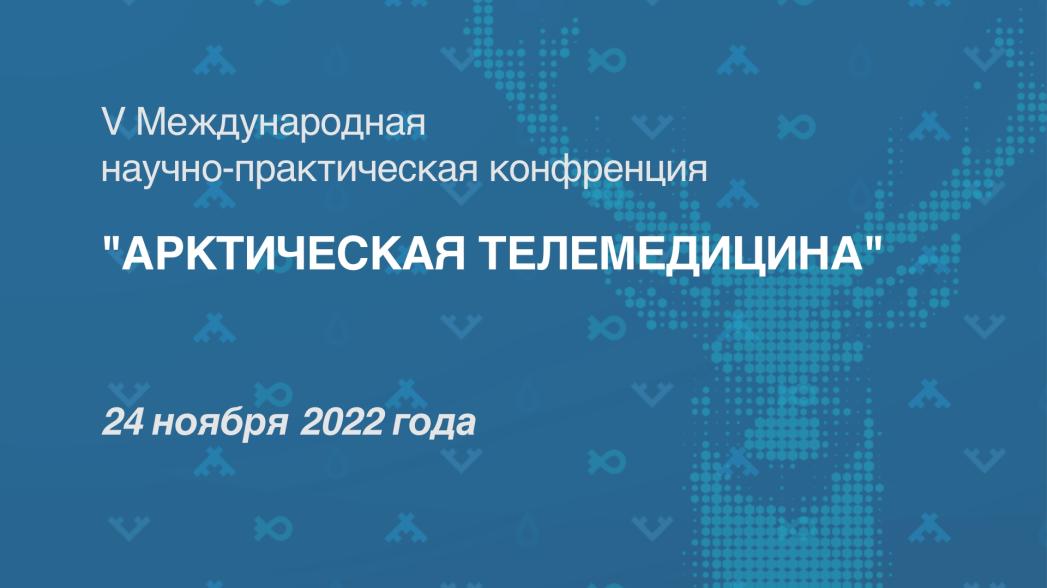 The Administration of the Nenets Autonomous Okrug is holding the V International Scientific and Practical Conference "Arctic Telemedicine".

It will be held on November 24, 2022 in an online format as part of the chairmanship of the Russian Federation in the Arctic Council and the Nenets Autonomous Okrug in the Barents Regional Council. The main goal of the event is to discuss by the professional community the features of digitalization of healthcare in the Arctic, which differs significantly from other regions of Russia in climatic and natural conditions.

The experience accumulated by the medical community in northern realities, including during the pandemic, clearly testifies in favor of modern digital technologies and innovations that allow overcoming disproportions in the development of medical services in a large country. Telemedicine, which has long been declared a priority in the national Healthcare project, can significantly expand the list of available healthcare services for the population in remote regions, including the Arctic. That is, for the Arctic, digitalization is not just a logical development and improvement of the quality of traditionally provided services, but a vital task that fundamentally affects the quality of life of people. Improving demography and industrial development of the northern territories is impossible without affordable and effective medicine.

Obviously, all Russian regions have their own specifics for integrating new technologies into the existing healthcare system. Each one has its own starting opportunities, its potential both in human and material terms. It is clear that federal legislation cannot take into account this specificity, creating only a legal basis for digitalization. On the ground, in the process of implementing the main directions of the national project, a convincing evidence base should be created for adjusting the rules and regulations in order to take into account the peculiarities of the region, without conflicting with the basic message of the medical community “do no harm”. Considering that already today the regional authorities have been granted fairly broad powers for the development of their information systems and have accumulated extensive experience in their use, the prospects for solving this problem look quite favorable.

In order for the changes in regional health care to be as painless as possible and bring the expected and quick results, it is necessary to consolidate the efforts of interested parties and networking professionals. Therefore, the conference primarily attracts practitioners to participate, on whose experience and analysis a roadmap will be assembled to overcome the disproportions caused by the climatic and geographical conditions of the Arctic.

Applications for participation as a speaker are accepted until November 11.

Applications for the publication of articles in the collection of materials are accepted until November 24.

The rules for preparing materials for publication and the registration form for participation are posted on the official website of the conference www.arctelemed.adm-nao.ru