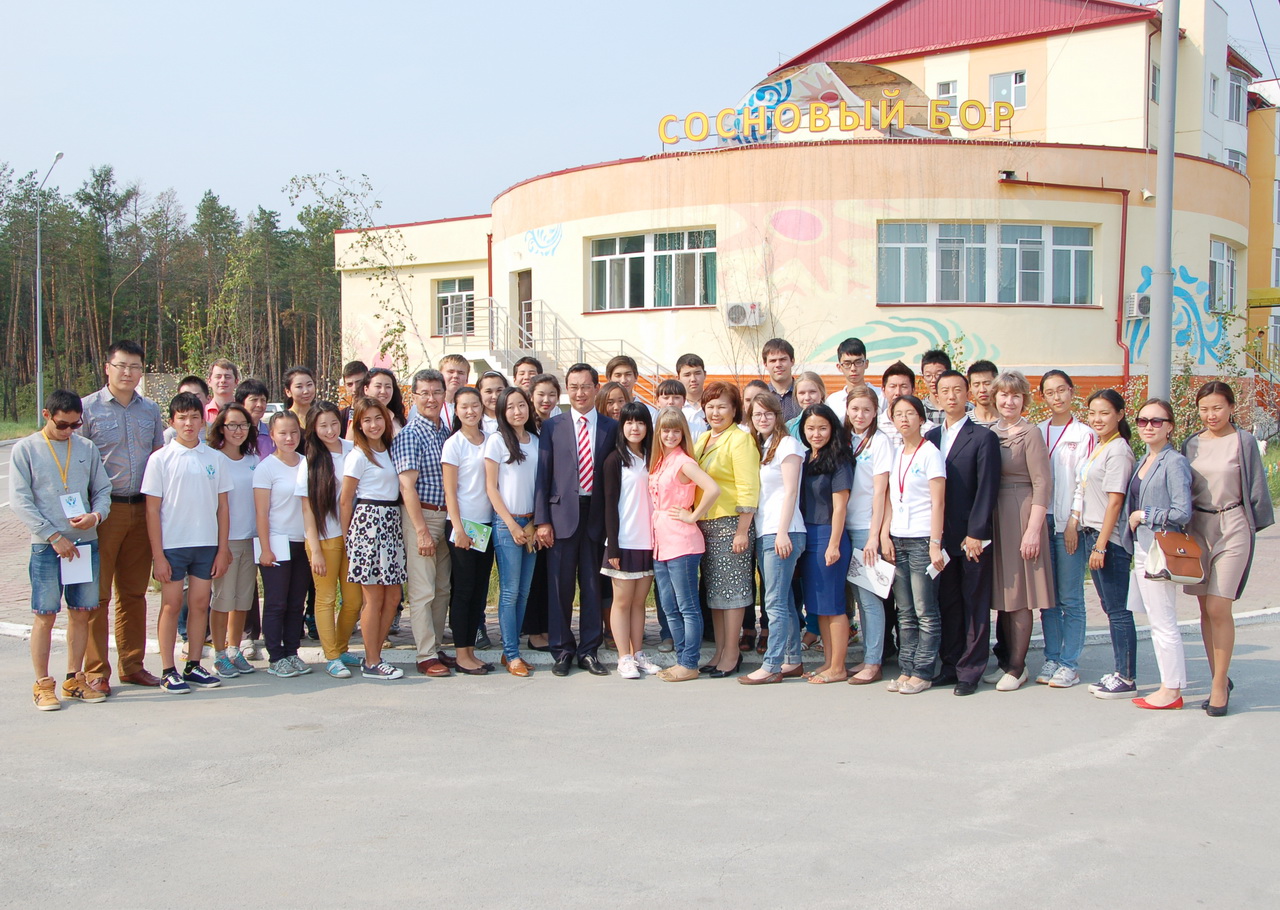 The 2014 Youth Eco Forum has now finished, becoming a continuation of a good tradition lasting since 2001.

Total 34 people from 4 regions have taken part in this year's event that focused on problems of urban ecology - Khanty-Mansiysk and Yamal-Nenets AO teams, a team of Sakha Republic and two more teams from Hokkaido Prefecture, Japan and Heihe City of Heilongjiang Province, China. Throughout the 10-day range of the Forum, the participants have experienced a sheer variety of activities - they have visited a North-Eastern Federal University Greenery where they were surprised to see exotic tropical plants living in comfort even during the winter frosts. 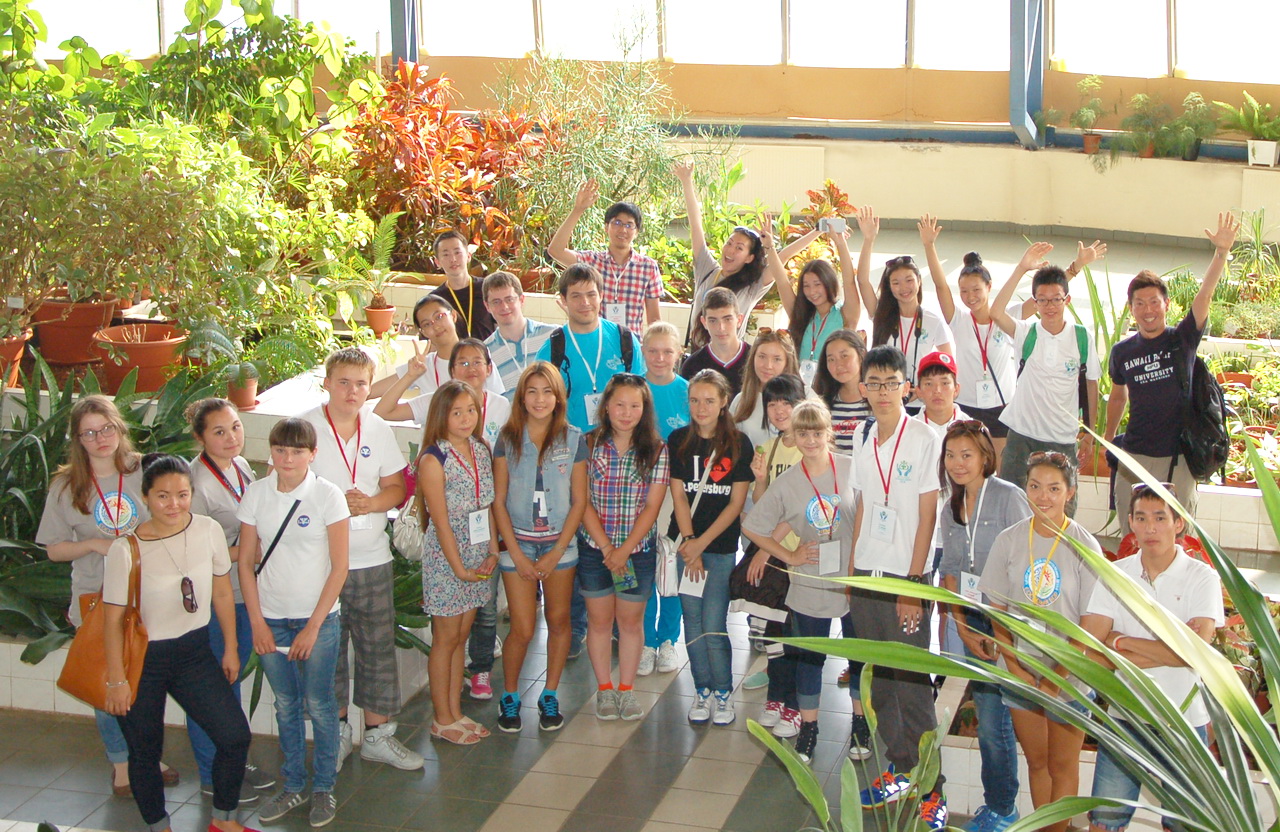 Next thing this day was an outdoor walk to Spasskaya Pad' science station that is located on top of the hill chain surrounding city of Yakutsk - uphill walk 4 kilometers under the rain was exciting, but an uneasy task that was successfully accomplished. Science station staff has prepared a warm welcome and took the students on a tour, where they had an opportunity to see state-of-the-art equipment of eco monitoring of urban ecology condition and even climb a 32-meter tall tower up to the very top - an this surely was a once-in-a-lifetime opportunity. 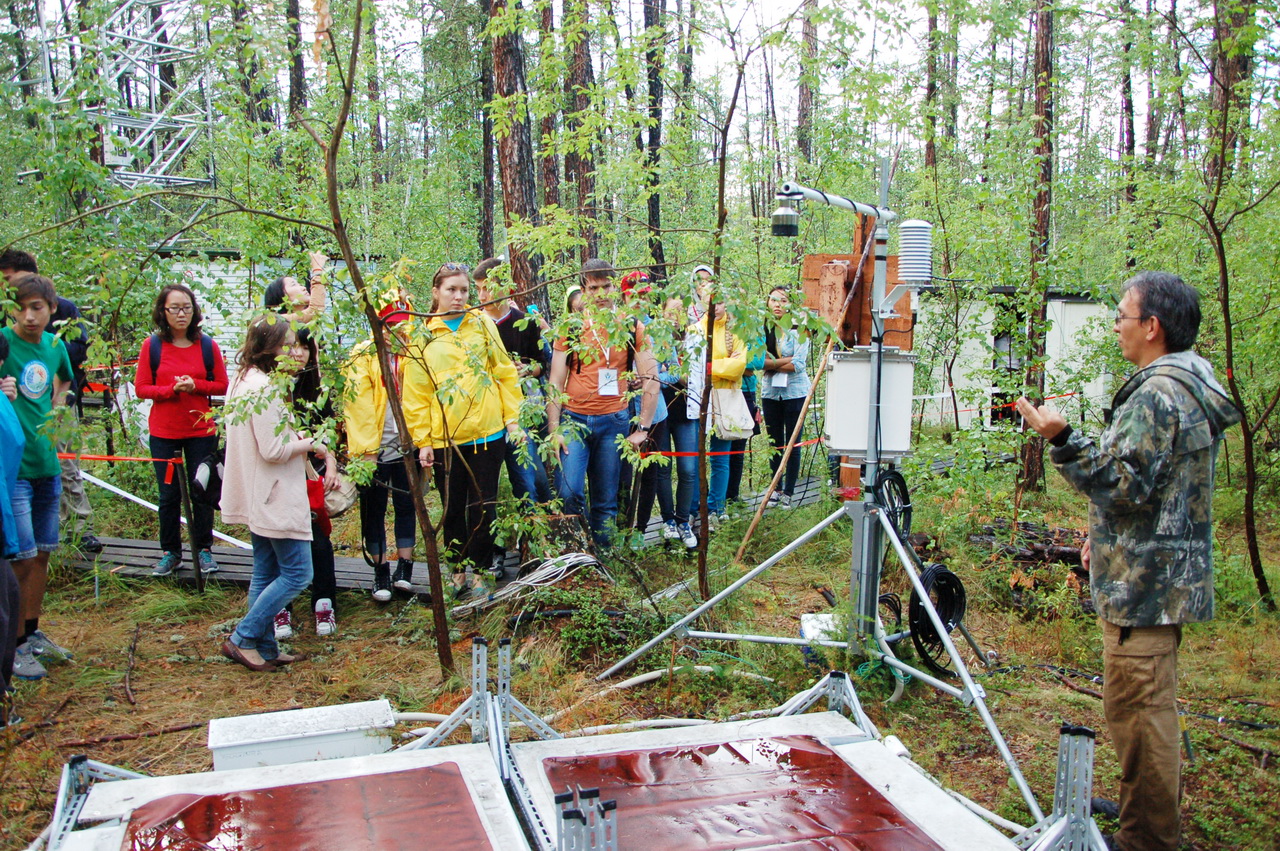 In the following days, the students were visited by ecology experts from the Russian Academy of Science Institute for Biological Problems of Cryolithozone, who gave a professional insight on Arctic ecology, what preceded to the main part of the Youth Eco Forum - drafting ecological problems. Unfortunately, as forest fire smog has cancelled an early-week trip to the Lena Pillars Nature Park, the students have got a chance to be lectured on project making and even begin their collective work - for the next four days, aside the Agenda events, the students were working in mixed teams to make a presentation on their specific problem of the Northern urban ecology. 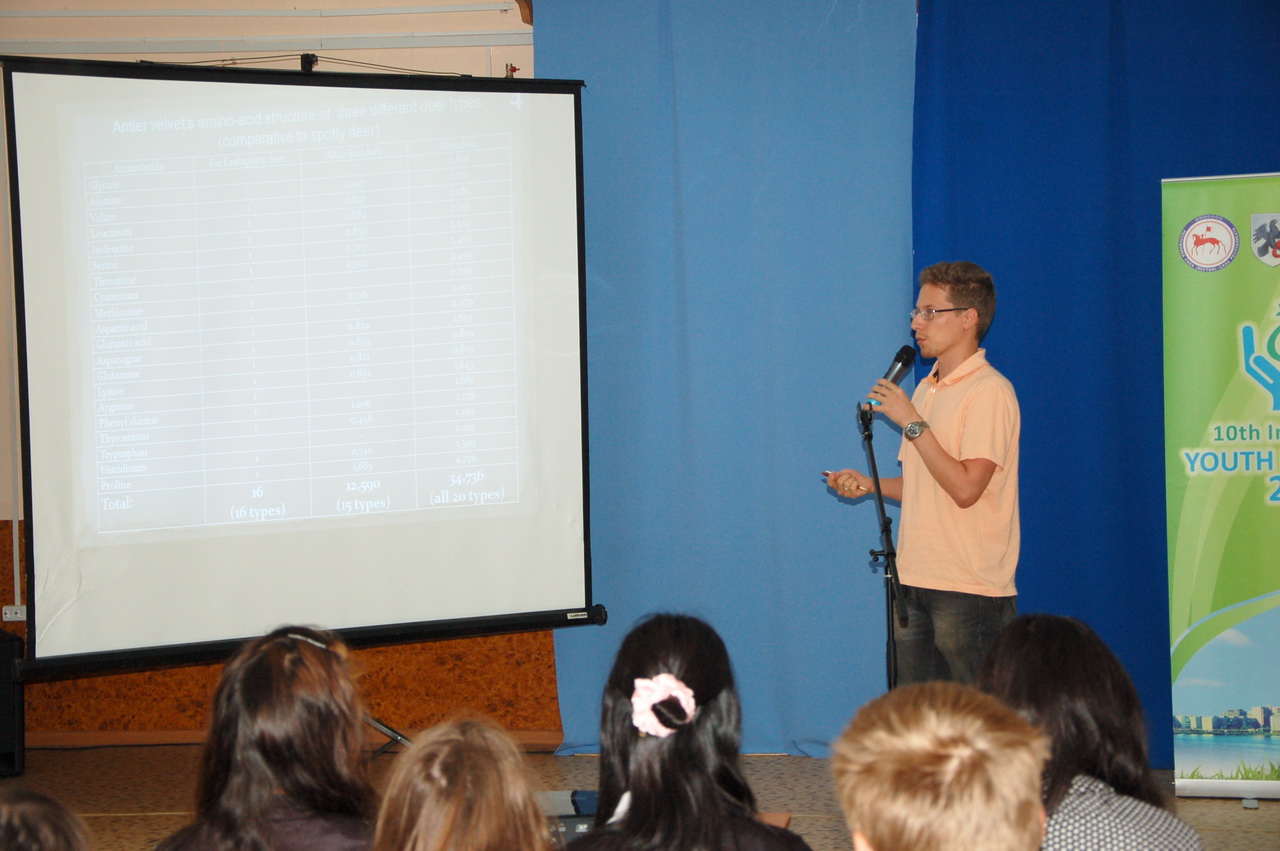 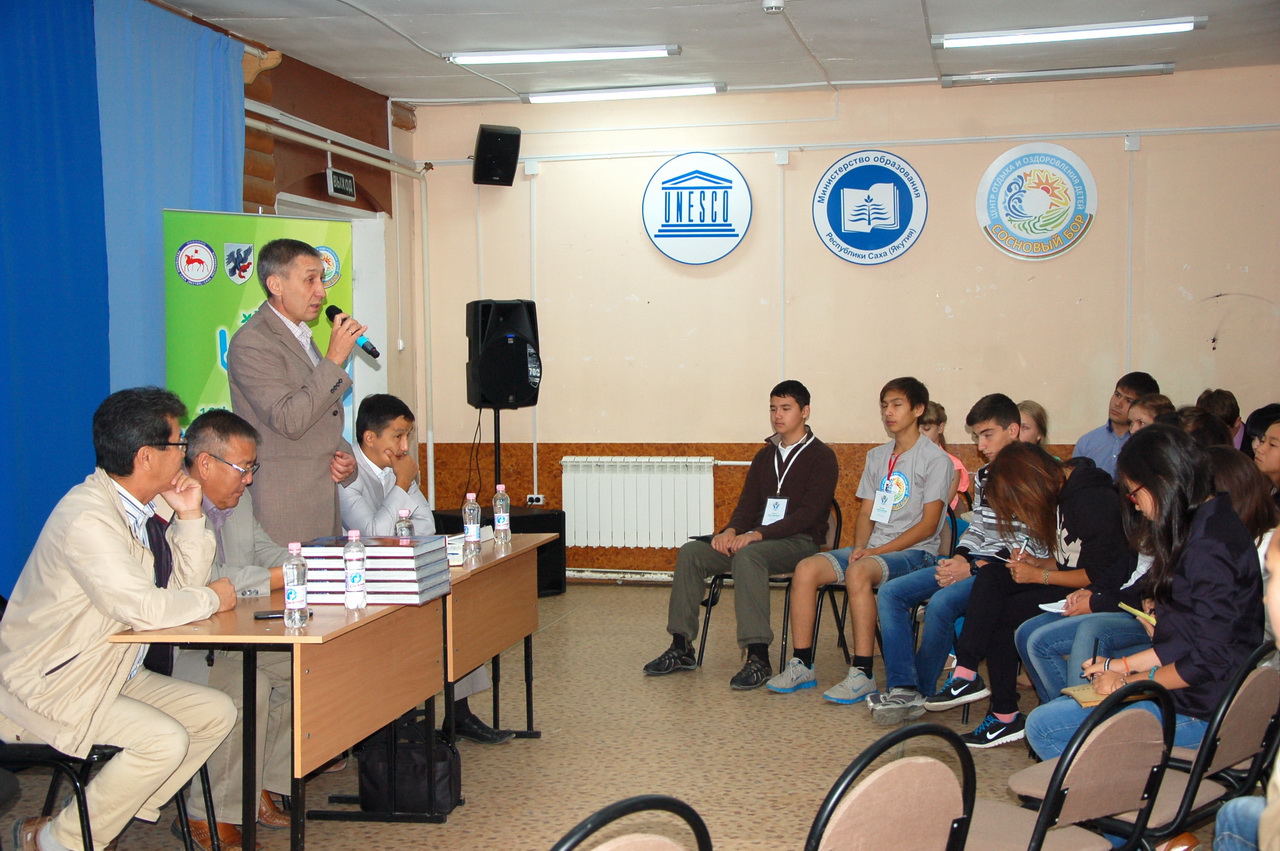 Meanwhile, the participants were taken on a tour around city of Yakutsk, where they visited various places of their interest and were later guided through a National History museum, Kingdom of Permafrost attraction and the exciting National Treasury. Full of energy, the students carried on working on their projects after the agenda events – so very quickly all five teams came to their topics. Although environmental problems of today are quite researched and remain top agendas for the World’s governments, the most important part of YEF Projects was in learning to make and present the project itself to improve presenting skills of students, who are about to start their higher education in a short while. 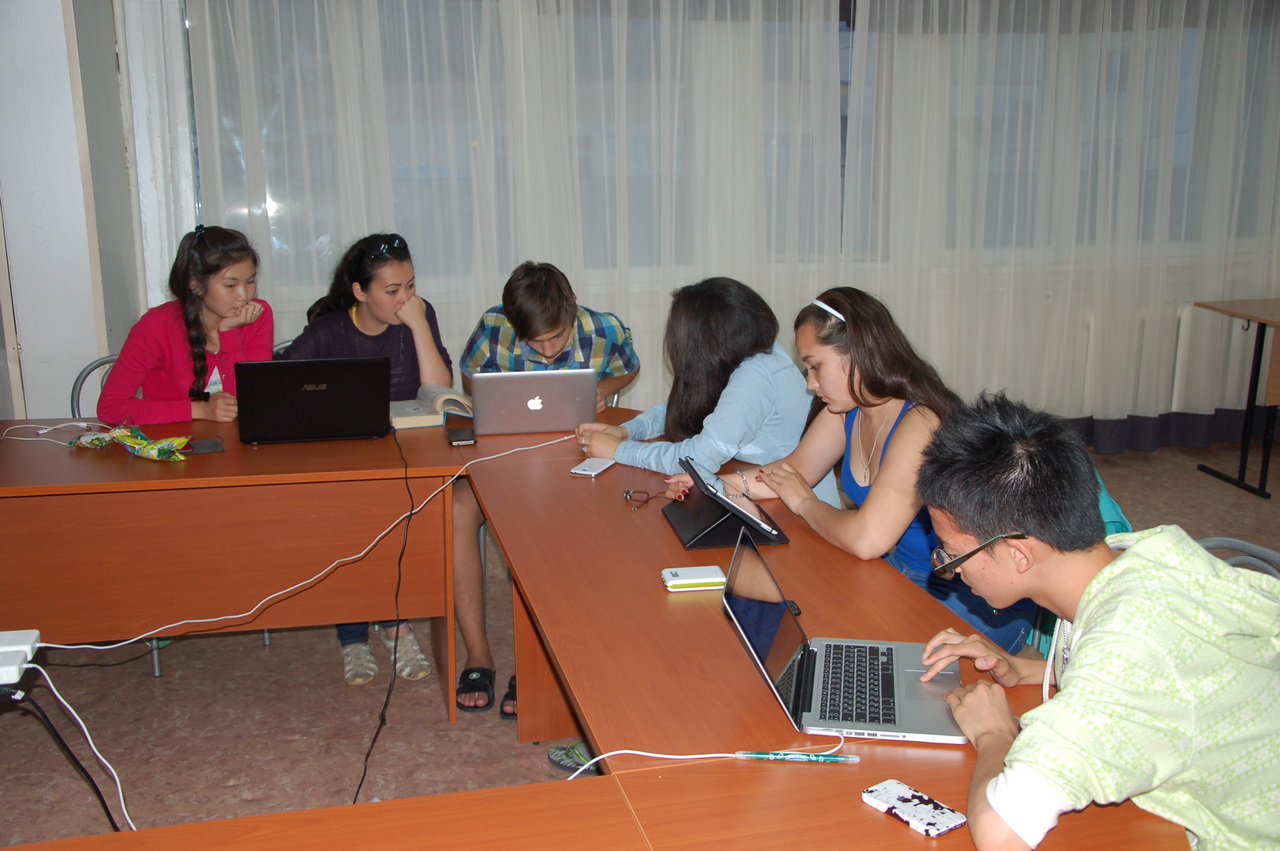 All of the projects were presented on Friday to an expert committee led by the Mayor of Yakutsk Mr. Aysen Nikolaev and the Northern Forum Executive Director Mr. Vladimir Vasiliev, who highly evaluated analytical skills and actuality of chosen topics of the students. All five teams have shown an outstanding will to defend their idea, what turned into very interesting presentation. However, there is always a “primus inter pares” – and the experts have voted for the best project using an analytical criteria provided by the Secretariat. Award ceremony for the best projects has taken place on the YEF Closing ceremony later that evening. Guests to this ceremony were representatives from the organizing committee – Acting Sakha Foreign Minister Mikhail Kulikov, Deputy Mayor of Yakutsk Evdokia Evsikova, Sosnovyi Bor Center Director Yana Ivanova Three winning teams were awarded with memorable diplomas and the rest with souvenirs and award certificates. Festive mood on the closing ceremony was set by performance of a Sakha singer Daria Lavrova and by group dances of the YEF teams. 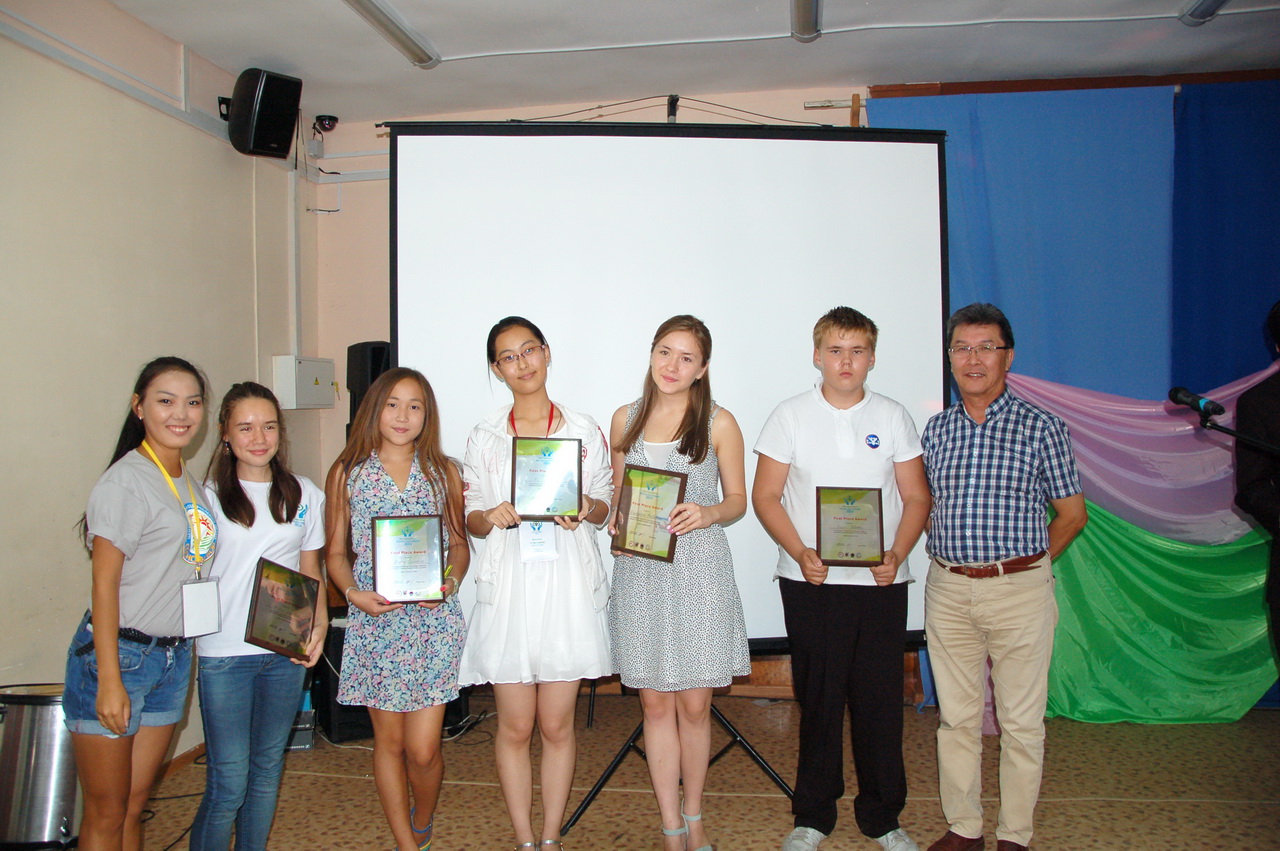 The Closing ceremony has finished the Youth Eco Forum, but it has not finished fun time for the participants. The Lena Pillars Nature Park trip was planned in mid-week, but due to forest fire smog it was cancelled – so Saturday was a second attempt, and this time – lucky one. Aboard a rapid hydrofoil ship Voskhod-66, the participants have reached this UNESCO World Heritage Property in just three and half hours, ready to commence a 2-kilometer climb. After traditional blessing ceremony done by an Algyschyt, all trip attendees walked all the way to a 200m-high rock to see a stunning view of the Lena river. Excited and tired of a steep climb, the participants spent the return trip by sharing their opinions of the stunning sights around or having a nap. 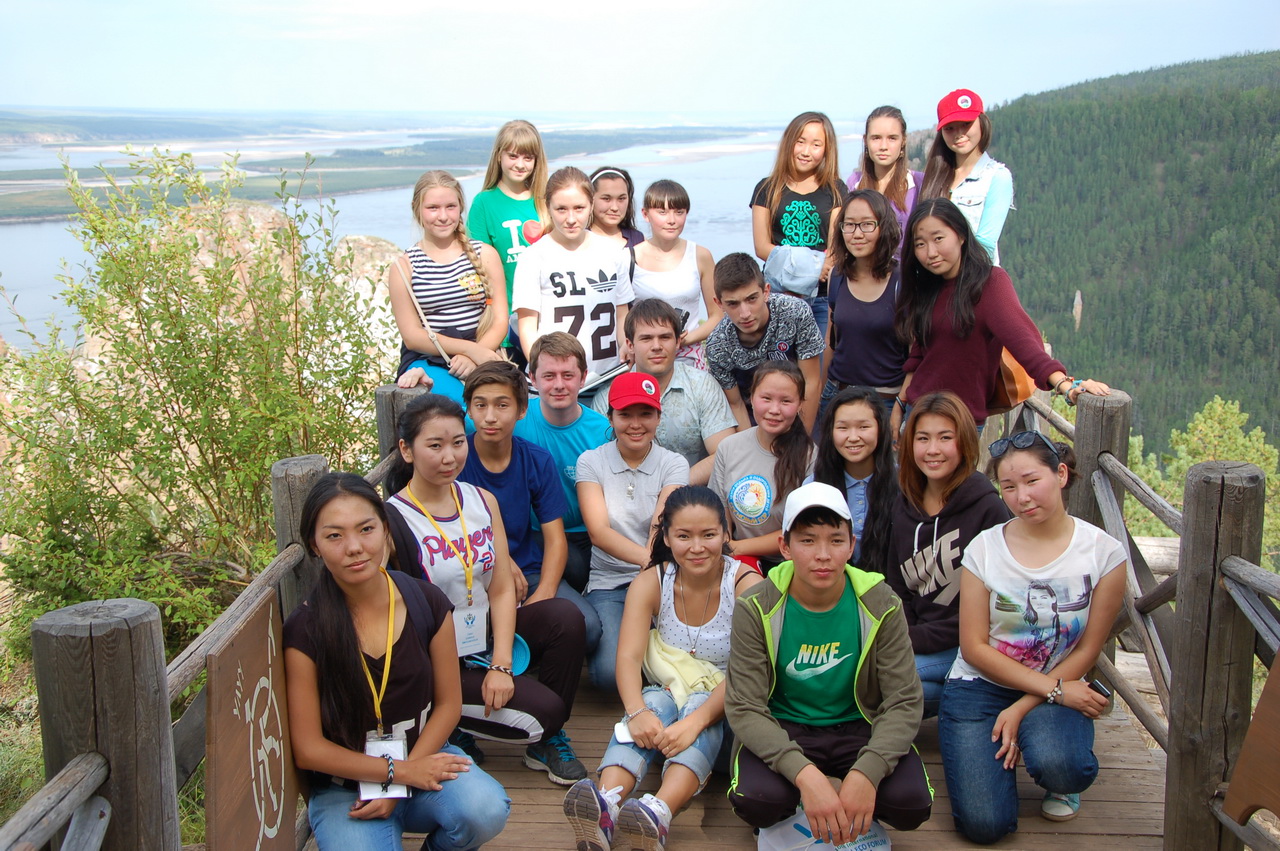 Sad to leave their new friends, yet excited of their experience, the major part of participants has left Yakutsk the same night. 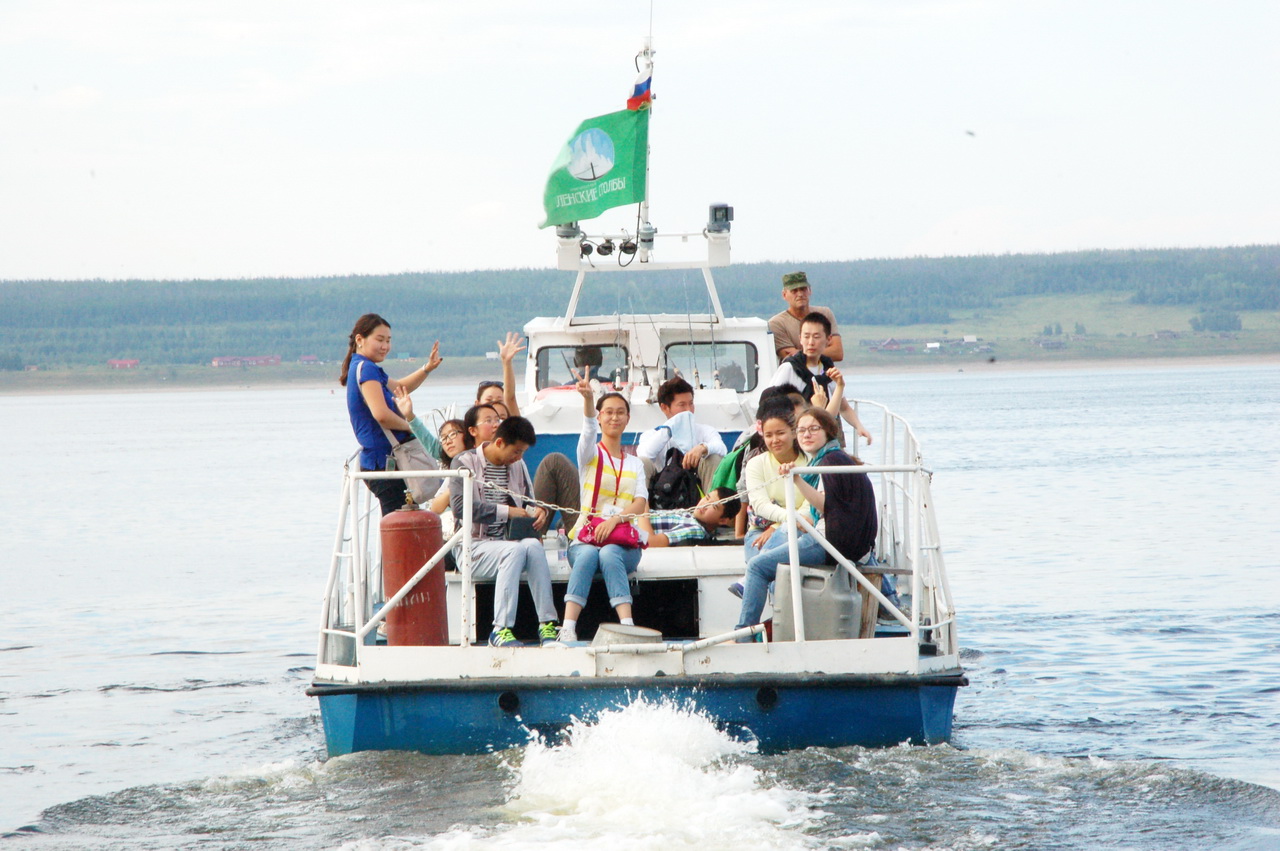