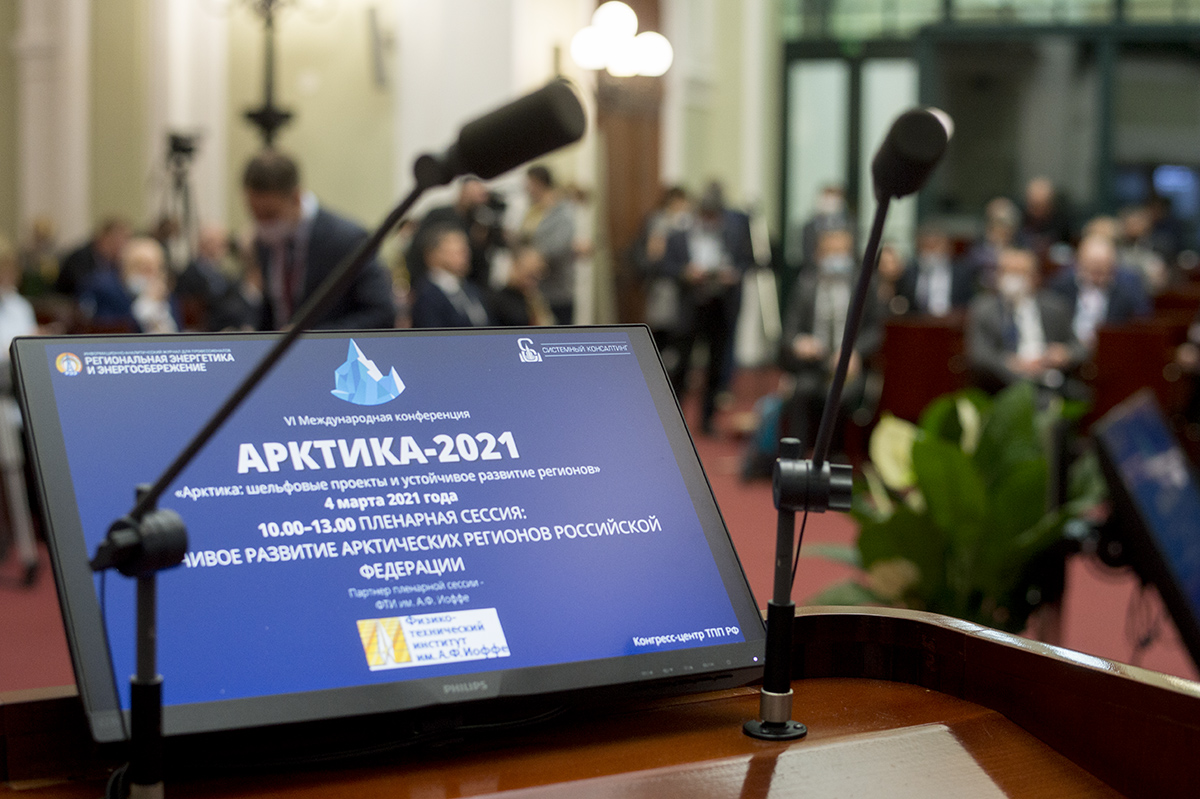 On March 3-4, 2021, the International Conference "The Arctic: Offshore Projects and Sustainable Development of Regions" ("Arctic-2021") was held.

Heads of regions, Senators of the Federation Council and deputies of the State Duma, representatives of federal and regional sectoral departments, heads of enterprises and institutions, rectors of universities, Russian and foreign experts in various areas of development of the AZ of the Russian Federation took part in the discussion of these and other topics important for the Russian Arctic. More than 60 speakers delivered their speeches at the on-line and on-site conferences. Over 300 people have registered to participate in the business program.

“Combining activities of national projects and government programs, investment plans of infrastructure companies, programs for the development of Arctic regions and cities will have a multiplier effect for the economy of each Arctic region. Russia's chairmanship of the Arctic Council in 2021–2023 opens an additional “window of opportunity” for promoting state interests at the international level, ”said Alexei Chekunkov, Minister of the Russian Federation for the Development of the Far East and the Arctic, in his greeting to the forum participants.

On the first day of the conference, experts discussed key investment projects of the RF AZ, issues of entrepreneurship development in the Arctic, improvement of transport infrastructure. Separate sessions were devoted to public health in the Arctic zone, personnel training, environmental safety and waste management.

The central topics of the second day of the forum were the issues of sustainable development of the Arctic regions and the prospects for international cooperation in the Arctic. The sessions were moderated by Alexander Akimov, Deputy Chairman of the Federation Council Committee on Federal Structure, Regional Policy, Local Self-Government and Northern Affairs, and Nikolai Korchunov, Ambassador-at-Large of the Ministry of Foreign Affairs of the Russian Federation, Senior Official of the Arctic Council from the Russian Federation.

A distinctive feature of this year's conference was the solemn signing of Cooperation Agreements between the Interregional Scientific, Technological, Business and Educational Partnership "Sustainable Development of the Arctic Zone of the Russian Federation" with the A.F. Ioffe, the Northern Forum and JSC "2nd Arkhangelsk United Air Squadron". The participants noted that the conference provides an opportunity to get to know each other, contributes to the formation of synergy between companies of different profiles and the development of unique joint projects that solve the common task of improving the well-being of the population and the economic growth of the regions of the Russian Arctic.