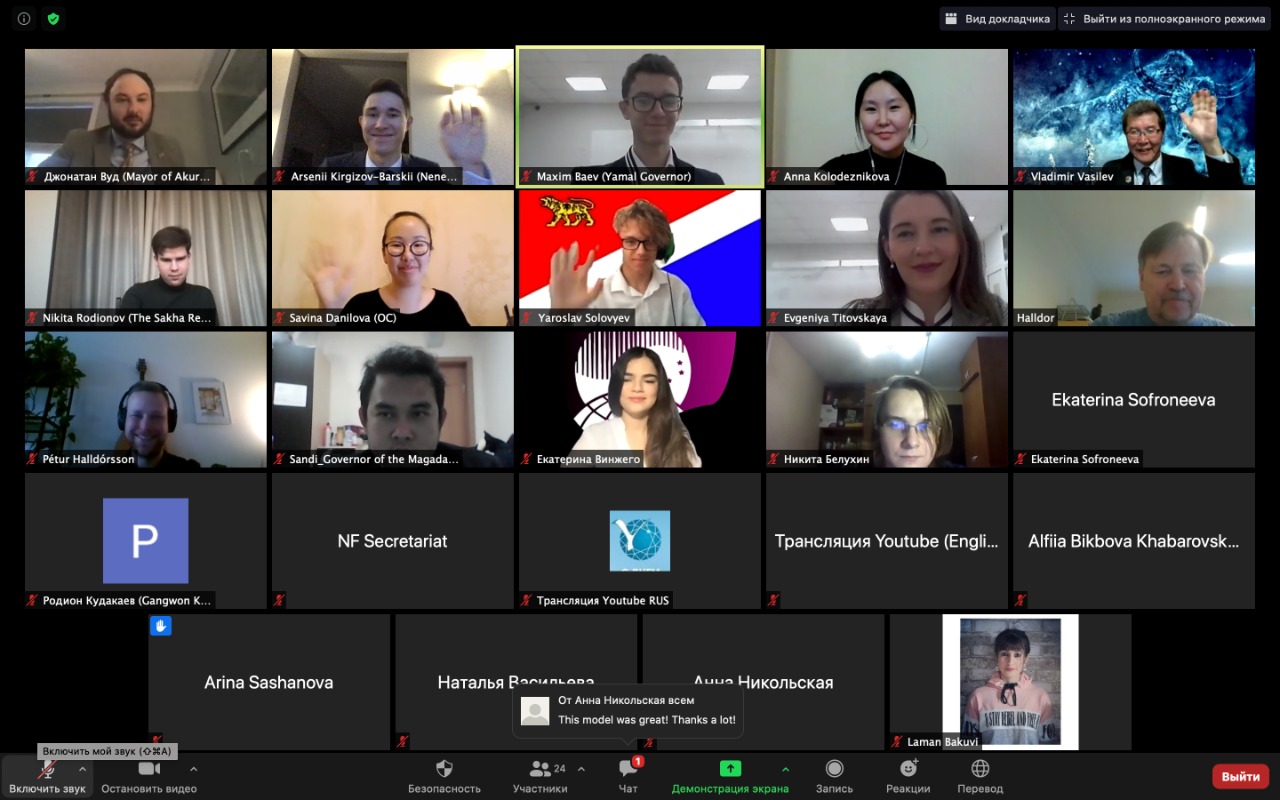 On November 19-21 the Model Northern Forum 2020 was held. Nearly 250 young people, among them pupils, students, researchers experts from 11 countries and 30 Russian regions attended the event.

Within three days the participants worked on the agenda and held fruitful discussions in the framework of simulating the Northern Forum bodies such as The Board of Governors, The Regional Coordinators Committee, Business Cooperation in the North Working Group and Regional Adaptation to Climate Change Working Group. As a result, the participants worked out three resolutions and the MNF Declaration 2020, that were presented to the experts, leaders and participants of the Northern Forum for further study and implementation. On the last day, a special session was organized for the pupils studying in the Northern regions, where certain зфкеы of the modeling process have also been performed.

The Model Northern Forum was organized by:

Honorable guests and experts of the Model Northern Forum:

Experts who commented on the speeches and ideas of our participants:

Looking at the participants of the Model, we are confident that the Northern Youth Forum will very quickly gain strength and become a powerful movement of young people not only in the Arctic and the North, but also on a global scale.

Thanks to all the organizers, coordinators, participants, translators of the Northern Forum Model! Together with you we are starting a wonderful movement and we hope to meet with you more often and give a start to projects that improve the life of all inhabitants of the planet!

We wish everyone new achievements in scientific and research activity! We are looking forward to meeting you at further events!