International online Olympiad “School of Living in the North”

1.1.   Present Terms and Conditions of international Online Olympiad “School of Living in the North” in the English language (Terms) define the status, the aim of the online-Olympiad (Olympiad) and its procedure.

The Olympiad has two sections:

The first section (test) is carried out in the form of tests on the English language and on the certain subjects in English (biology, physics, mathematics, history, geography). Test length is 60 minutes.

The second section (meta-subject) takes the form of work on the meta-subject task. Works should be attached in the website of the Olympiad and should be sent.

Each section is evaluated separately. A student may participate in one or two sections on their choice.

Results of the meta-subject Olympiad will be announced in a month (12 January) 2021.

Application forms are sent to e-mail:

Participants` certificates and winners` diplomas are sent during a week after the winners are announced over the Internet.

Information for Participants about Olympiad “School of Living in the North”

We invite teachers to take part in Olympiad “School of Living in the North” as a part of the project “School Partnership” under the support a non-governmental non-profit organization Northern Forum. Project has worked since 2008. This project and the Olympiad is organized and coordinated by the work group of Yakutsk City National Gymnasium.

Life on the North, experience and culture of living in extreme natural and climate conditions are factors for development, cooperation and consolidation in different spheres of lifestyle in Northern countries.

Northern territories take a part in realization of global projects: transportation, energetic, communication and education. Northern areas are one of the most important resources. Life on the North becomes a factor of social and economic development of northern regions and other countries.

This field, life experience on the North which is collected by peoples who live in Northern regions and saved it is the value of knowledge of Northern life.

Project “School of living in the North” is aimed to actualize this social situation to create conditions for cooperation and for distribution of Northern lifestyle.

Project’s idea: lessons how to live on the North:

Project has special relevance especially in a case of life’s reform of modern society especially in education sphere. These days education is a field of successful socialization of children. This project allows teachers to extend social and cultural fields, use the project activities as an instrument that aimed on encouraging students’ creativity, developing their skills. Olympiad "School of Life in the North" can be regarded as an independent education quality assessment. 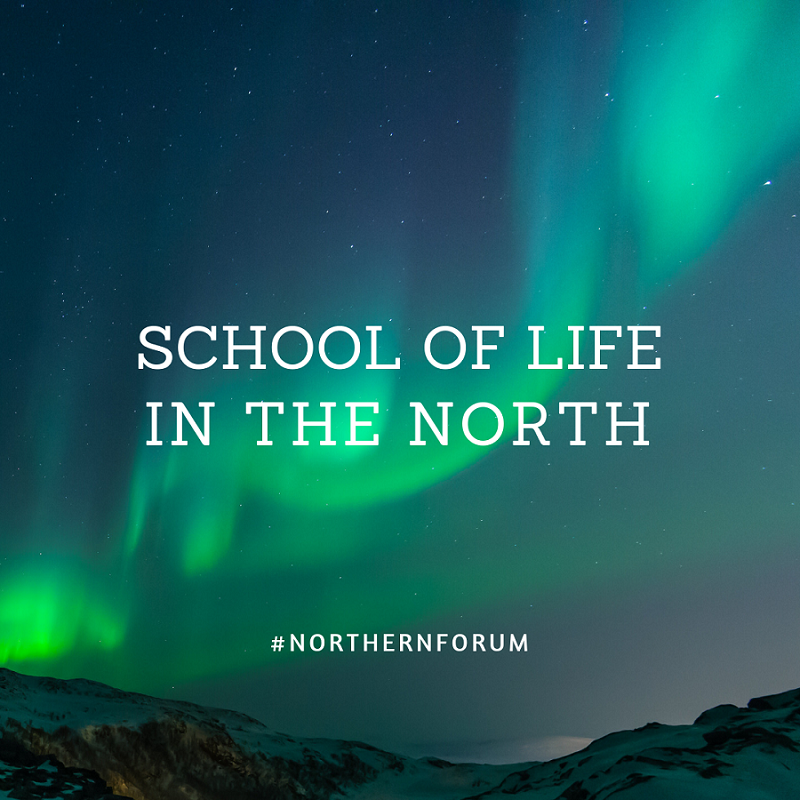